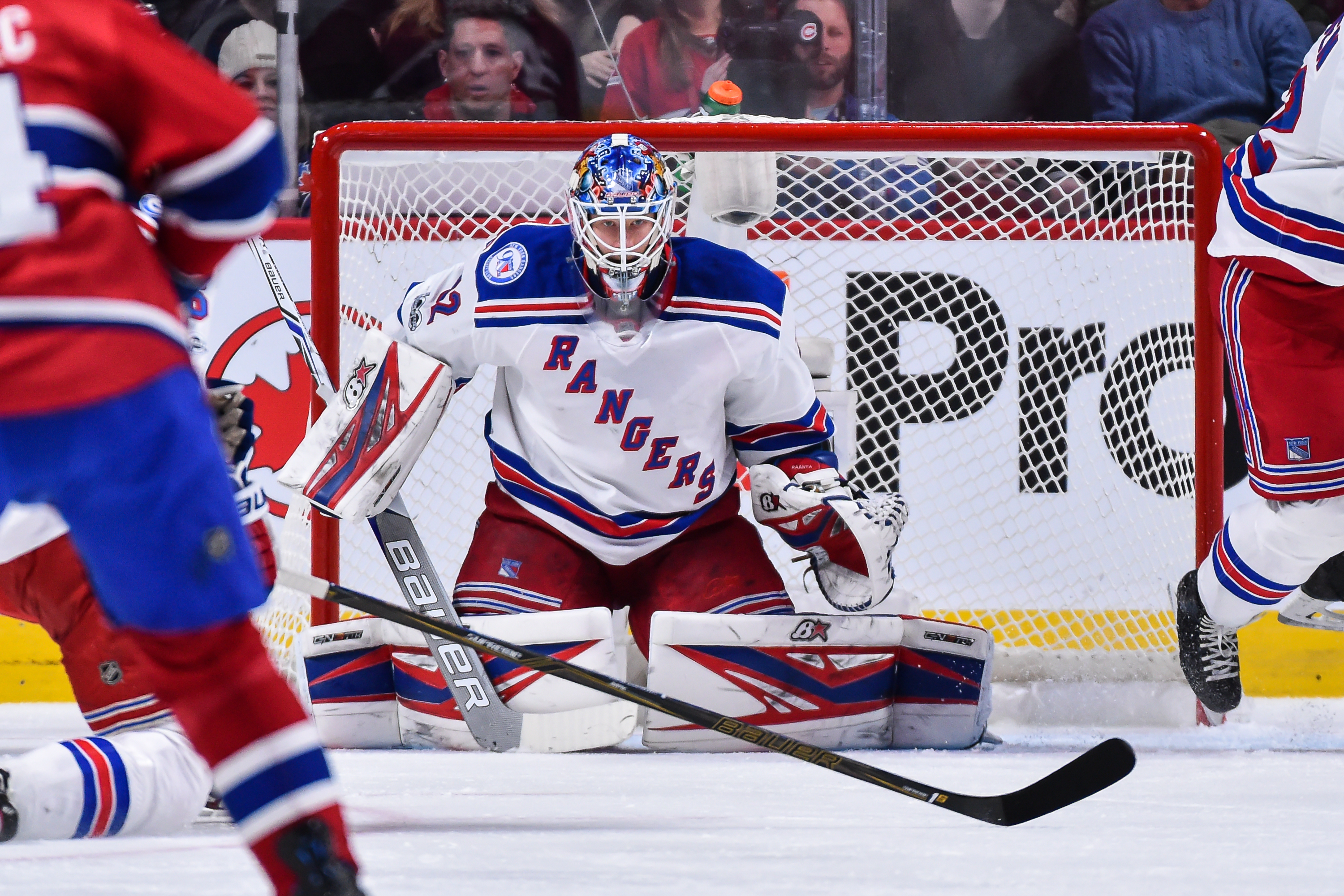 With Benoit Allaire successfully transforming another backup goaltender into a valuable commodity, it could be déjà vu for the Rangers this offseason if they’re looking to cash in on Aanti Raanta’s impressive season ala Cam Talbot in 2015.

Besides the potential of swapping Raanta for some much needed help on the blueline, it will also save the Rangers from losing him for nothing in this offseason’s expansion draft.

In an interesting subplot, if the Rangers are able to move Raanta before the Golden Knights nab him for free, they’d become non-compliant of the exposure requirements for goaltending, so they’d either have to submit a qualifying offer to Mackenzie Skapski or acquire a pending RFA goaltender or one that is under contract for the 2017-18 season ahead of the expansion draft.

As far as possible interest in Raanta, there’s already been talk of at least two teams that could be in the market for the Finland native’s services.

“This is the perfect example of an expansion draft gem. The Rangers wouldn’t normally think about trading Raanta, who’s a bargain at his salary. He has been the perfect backup to aging Henrik Lundqvist, but he also would be the perfect new goalie for Vegas.

Raanta, 27, seems to be in the same spot that San Jose’s Martin Jones or Edmonton’s Cam Talbot once were, backing up well-established goaltenders. Raanta might really enjoy the chance to be a No. 1 goalie in Dallas. So what would the Rangers want for Raanta, who is 14-7-0 with a 2.29 GAA and .921 save percentage?”

Heika adds that San Jose surrendering a 2016 first-round draft pick and prospect Sean Kuraly for Jones and Edmonton giving up the 57th, 79th and 184th picks in the 2016 draft for Talbot and the 209th offer a good forecast of what Dallas would have to forfeit for Raanta.

Meanwhile, Lyle Richardson at Spector’s Hockey mentions Raanta as a potential target for the Colorado Avalanche if they decide to move on from Semyon Varlamov, who, when not injured, struggled mightily this season.

Fascinating spot for Gorton and the Rangers. Raanta is absolutely going to be a target for Vegas, so I’m sure they’d hate to suffer a downgrade at the goaltending position with nothing to show for it. At the same time, if Raanta is traded away then one of Grabner, Lindberg or Fast are are going to be grabbed by the Golden Knights, so they’d be out two valuable players. Not ideal.

To me, Raanta has the most value of any of the Rangers exposed players, so if they’re able to stock up on draft picks or acquire a stud defensive prospect, I think Gorton would be foolish not to pull the trigger.