Your Morning Dump... Where the Celtics get Trapped, Now Shift Attention to Washington 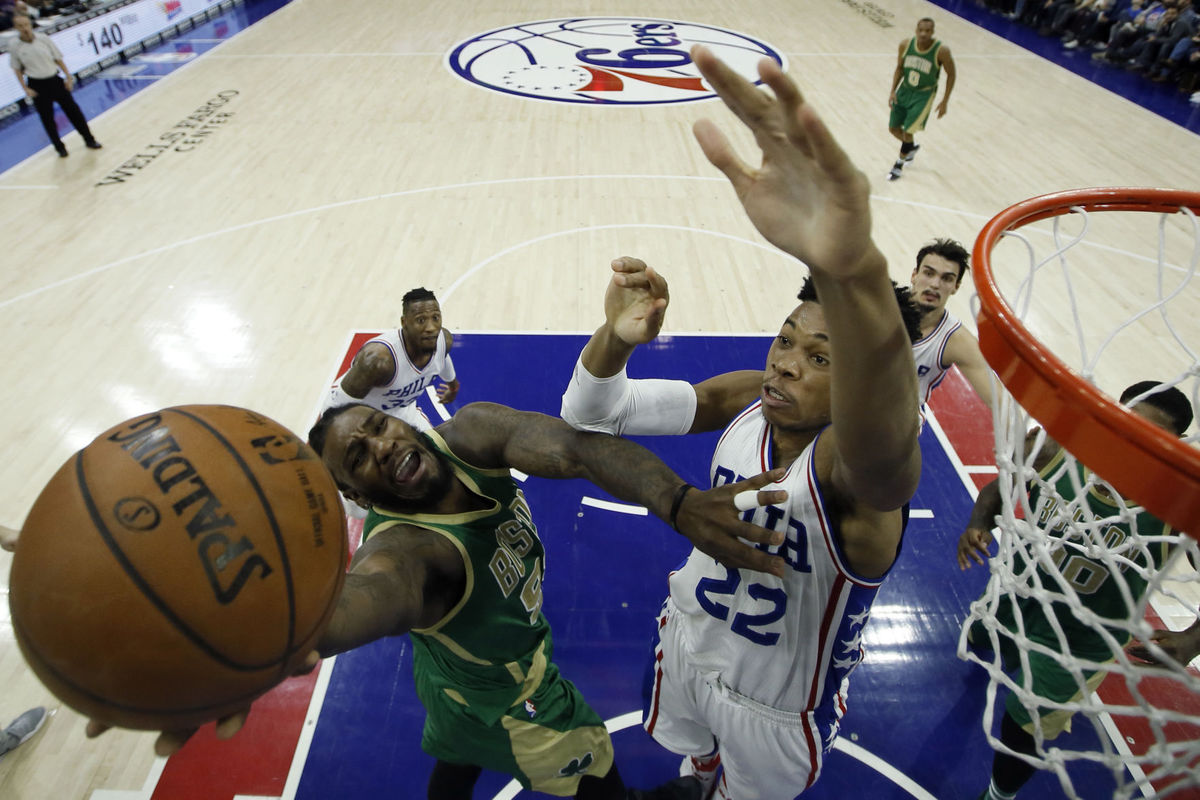 Your Morning Dump... Where the Celtics get Trapped, Now Shift Attention to Washington

On Sunday, the Celtics once again found themselves running ragged without their All-Star point guard around to remind everyone what time it was with the game on the line, and the result was a disappointing 105-99 defeat.

In the process, they made the race for the No. 2 seed in the Eastern Conference unnecessarily tight, with a showdown in Boston looming against the third-seeded Wizards on Monday night. It’s unclear if Thomas, who is nursing a bone bruise in his right knee, will be able to play.

Without him, the Celtics must determine a way to slow John Wall (25.6 points, 11.1 assists in his last 8 games) and Co., or they’ll be teetering on the precipice of falling to third in the conference.

The Celtics blew it against Philly. Yes, it was a classic trap game, a Sunday road matinee with a “rivalry game” looming the next night, but there shouldn’t be any excuses for dropping this one.

Given the Celtics style of play and roster makeup, they can beat any team but also lose to any team. This month alone, Boston beat Cleveland and Golden State, but dropped games versus Phoenix and Philly. On February 5th, the Celtics defeated the LA Clippers, but the next game lost to the Sacramento Kings. Immediately after yesterdays 105-99 loss, fans and media proclaimed “we saw this coming” while making excuses that “Isaiah wasn’t there” and “everyone was looking to the Washington game.”

With 12 games to play the Celtics are 44-26, 1.5 games ahead of the 42-27 Wizards for the two seed. Boston had an easy opportunity to gain ground in the standings, but they couldn’t close the game without Isaiah Thomas. In all likelihood, the Celtics will be the #2 or #3 seed, setting up a potential second round series with either Toronto or Washington.

Both teams present unique matchup problems. Boston won’t have home-court advantage if they fall to the #3 seed, which is looking like more of a possibility, especially if the Wizards win tonight. If the Celtics miss out on home court because of one or two games, we can point to Sunday’s loss at Philadelphia.

Celtics guard Avery Bradley acknowledged that they should have made getting Horford the ball a bigger priority in the fourth, especially how well he had played through the first three quarters of the game.

“It was like we were playing 1-on-1 basketball,” Bradley told reporters after the loss. “We weren’t sharing the basketball. We had a lot of guys who stepped up; we just stopped playing the right way. They came back, they started hitting shots. … we dug ourselves a hole and couldn’t get back.”

And while Horford is quick to credit opponents win or lose, he was asked about what happened in the fourth when he was scoreless despite having already scored 27 points.

If the Celtics won, the narrative would be centered around Al Horford. He did everything: 27 points, 8 rebounds, 6 assists, 2 blocks, 1 steal, 11/16 FG, 1/2 3FG. He scored all of his points before the 4th quarter, as the Celtics cratered once he left the game. The 3rd quarter was his stage, scoring 15 and blocking 2 shots (both “volleyball spike” style blocks).

Horford looked especially spry. He was the best player on the floor and fully took advantage of it. We’ve been waiting for this type of Al Horford performance. Unfortunately, it comes during a loss. This temporarily shuts up folks who claim he’s not worth his $113 million contract.

With two months having passed since the last meeting, there’s not as much obvious tension going into this game, but that could change with the first hard foul. The more pressing issue should be the game’s importance in determining who will emerge with the No. 2 seed in the East.

And it would help Boston’s cause if Thomas, who sat out the past two games with a right-knee bone bruise, is available. Celtics coach Brad Stevens told reporters Sunday that Thomas is feeling better but was uncertain of his status for Monday’s game.

The Celtics missed an opportunity to pull within one game of the East-leading Cavaliers while falling in Philadelphia on Sunday. Boston owns a 1.5-game lead over the Wizards in the race for the No. 2 spot. The remaining schedule seems to favor Boston, which opens a six-game homestand against a Wizards team that must face both of last year’s Finals combatants as part of an upcoming five-game road trip. A win Monday could go a long way toward ensuring the No. 2 spot for Boston, while a loss makes the final 11 games a bit more interesting.

This will be a lot of fun. Washington somewhat “punked” the Celtics during their last meeting. Celtic players, fans, and media enjoyed poking fun at the Wizard’s “all black” outfits. That game gave Washington some national attention, as they defeated the Celtics 123-108, and since then, they’ve been considered a top-tier Eastern Conference team.

After the “all black” loss, the Celtics defeated Houston the next night, in a game some considered the biggest win of the year (at that point) and the turning-point of the season.  The Wizards are up 2-1 in the season series. We don’t know if Isaiah Thomas will play. But we definitely know regular season NBA rivalries don’t happen often, so embrace this while it lasts.

Page 4: Where Ray Allen isn’t Invited to the 2008 Championship Reunion

“It will be a long story about that, but it is what it is,” Rondo, who plays for the Chicago Bulls, told The Undefeated. “I don’t know a good analogy to put this in. It just wasn’t the greatest separation. It wasn’t the greatest thing that could’ve happened to us as a team, a bond. We were at war with those guys [Miami]. To go with the enemy, that’s unheard-of in sports. Well, it’s not so unheard of. It’s damn near common now.

“The mindset we had. The guys on our team. You wouldn’t do anything like that. It makes you question that series in the Finals … Who were you for? You didn’t bleed green. People think we had a messed-up relationship. It’s not the greatest. But it’s not just me. I called and reached out to a couple of other vets and asked them what they wanted to do with the situation. They told me to stick with what we got [without Allen].”

I really don’t agree with this at all. I loved Ray Allen during his 5 year Celtics run. I don’t care that he left for Miami after getting benched and nearly getting traded five different times. Apparently his teammates feel differently. Check out the article, it’s an interesting read where players are giving honest quotes.