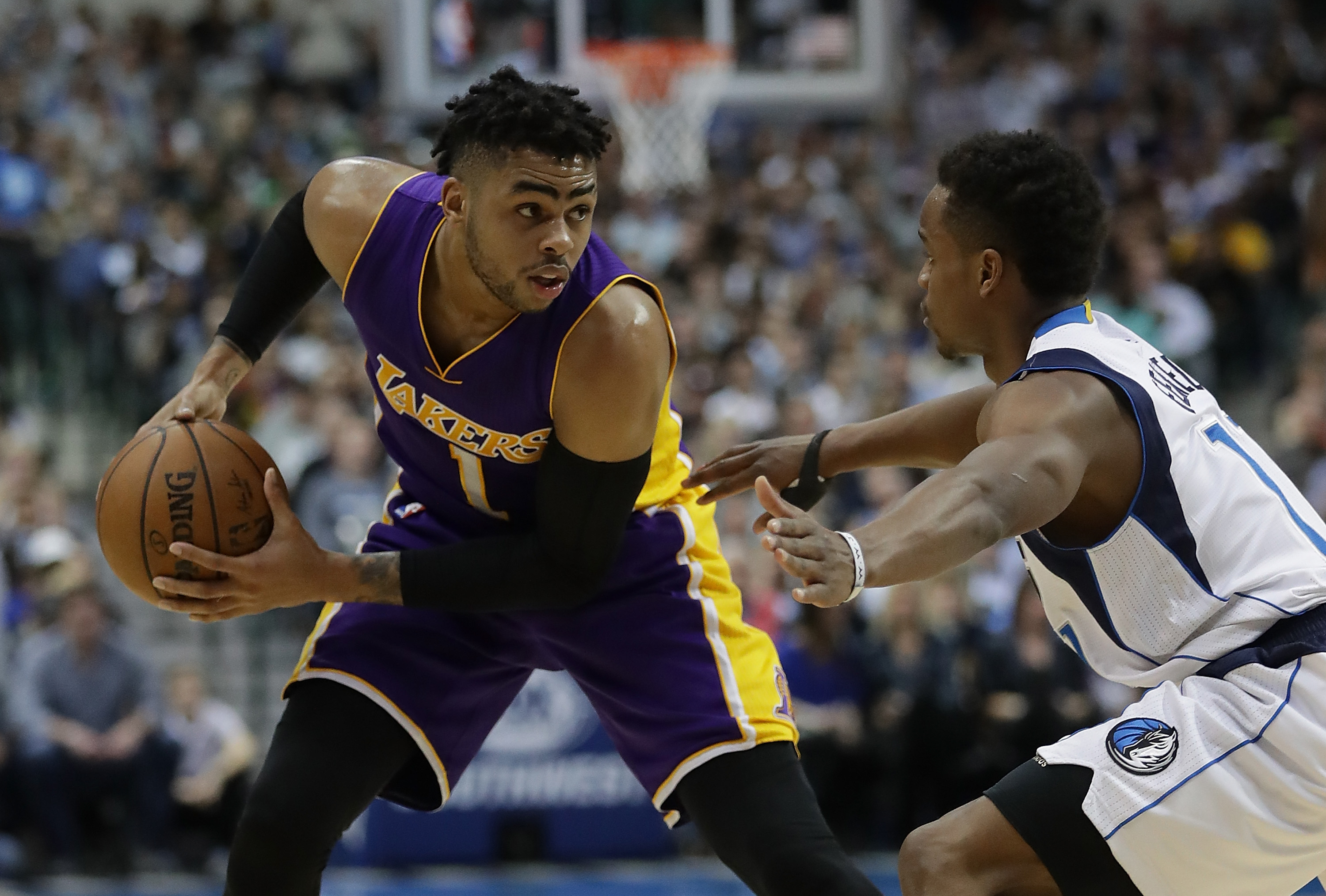 D’Angelo Russell had a career-high scoring effort in a loss to the Cleveland Cavaliers on Sunday. The former second overall pick scored 40 points on 14-of-22 shooting, including 7-of-12 from behind the arc.

At 21 years and 24 days old, Russell became the youngest Los Angeles Laker to score at least 40 points in a regular-season game, and he did so while making his first start at shooting guard, begging the question: Is Russell better suited to play shooting guard instead of point guard?

The Lakers drafted Russell in 2015 to be their franchise point guard. But in two seasons, the Ohio State product has underwhelmed at the lead guard spot with averages of 14.0 points, 3.9 assists and 3.5 rebounds. His 3-point shooting, however, has been consistent. Russell is shooting just under 40 percent from behind the arc this season, and he averages six attempts per game.

Russell doesn’t have a preference where he plays, but he has hinted that playing shooting guard allows him to be more aggressive.

“I feel like when you’re playing shooting guard, you’ve got to score the ball or make plays for your teammates,” Russell said, via ESPN’s Baxter Holmes. “Playing the point guard, it’s harder to do that, be aggressive, try to score the ball every time, because you’ve got to make at least one pass. But figuring it out, whatever position I’m in, I’m going to try to make the best of it.

“Whatever position they have me on the court, I’m a basketball player, not a point guard or a shooting guard.”

At 6-foot-5, Russell has the length to move to shooting guard, and some of the better players at that position are undersized nowadays. Take C.J. McCollum for example. He’s only 6-foot-3 and 190 pounds, but that hasn’t stopped the Portland Trail Blazers star from averaging 23.2 points per game this season.

And if the Lakers keep their top-three protected pick in this summer’s draft, they might draft UCLA’s Lonzo Ball to play point guard, forcing the team to either trade Russell or have him come off the bench. Why not move him to shooting guard instead?

This will be something for the Lakers to ponder in the months before the draft. It might even be a good idea to continue playing Russell at shooting guard for the rest of the season to see how he performs at that spot.