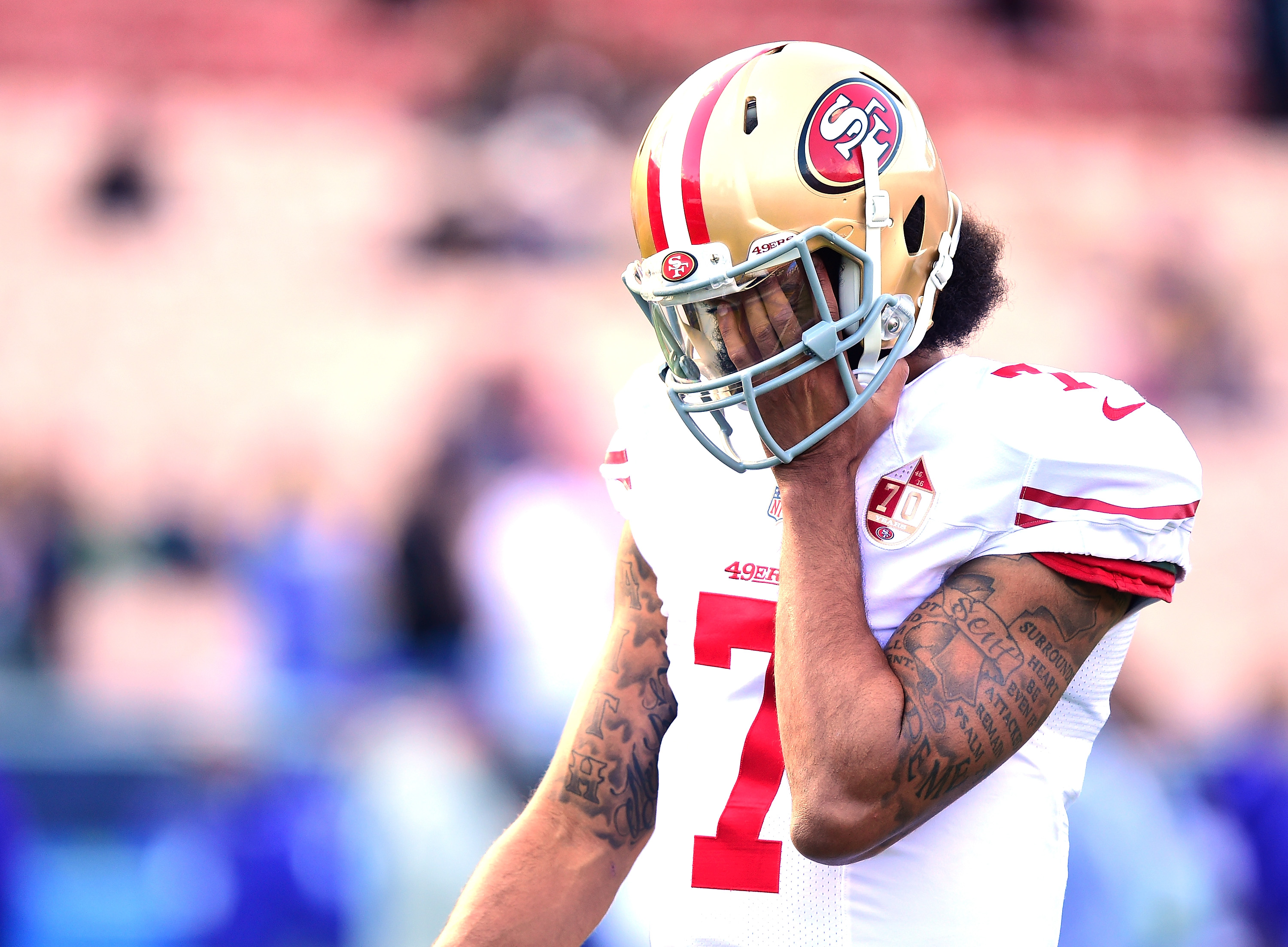 For instance, how to get Kaepernick playing at a high level on the way to a Super Bowl.

Kaepernick currently sits on the sidelines waiting for a job, perhaps in large part thanks to our highly politicized country. He decided to protest the national anthem last year and met plenty of backlash, highlighted as recently as Monday night when President Donald Trump boasted about Kaepernick still not having a job due to his tweets.

Harbaugh, though, came to Kaepernick’s defense on PFT Live:

“I’ll tell you the same thing I tell them: I think he’s an outstanding player and I think he’s a great competitor who has proven it in games and has the ability to be not only an NFL starter but a great NFL player,” Harbaugh said.

Harbaugh is right about many things in the interview, including the fact little about Kaepernick’s game has changed. He entered last year hurt and had one of the worst rosters in the league around him, so making a final judgment on him based on last year’s on-field play doesn’t make a ton of sense.

Michigan’s coach is also right about the NFL’s impatience with quarterbacks. Jobs are always on the line because the league demands results, meaning most of these quarterbacks don’t get as many chances as they deserve.

Ask Harbaugh, and Kaepernick is one of those guys. It’s hard to disagree based on his on-field traits.