Kamar Aiken could be in line for breakout season with Colts 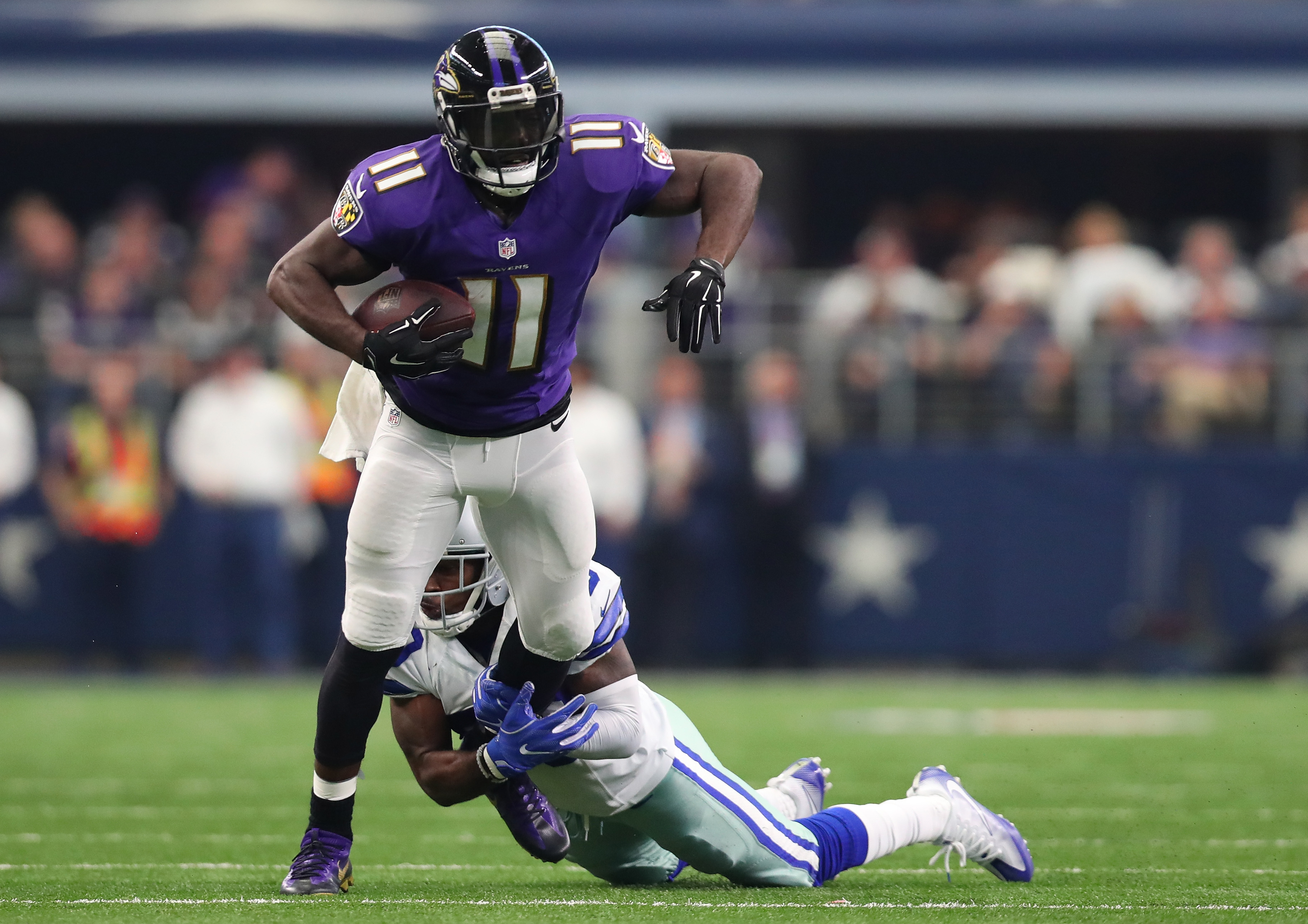 Kamar Aiken could be in line for breakout season with Colts

The Colts could use a big-bodied receiver like Aiken. The 6-foot-2, 215-pound Central Florida product hauled in 128 catches for 1,539 yards and nine touchdowns over the past three seasons and never missed a game for the Ravens.

Aiken had a down year in 2016 after he got pushed down the Ravens’ depth chart last season, but he turned some heads in 2015 with career highs in catches (75), yards (944) and touchdowns (5) despite Flacco missing the final five games due to injury.

Aiken joins a receiving corps that finished fourth in yards last season, and T.Y. Hilton led the league in receiving yards with 1,448. With defenses expected to plan for Hilton next season, that should open things up for Aiken to have a breakout campaign with the Colts.

The only question is: Can the Colts give Luck enough protection up front? Luck was sacked 41 times last season and has missed time with injuries the past few seasons.