Nick Castellanos' Improved Speed Could Lead to a Breakout Season 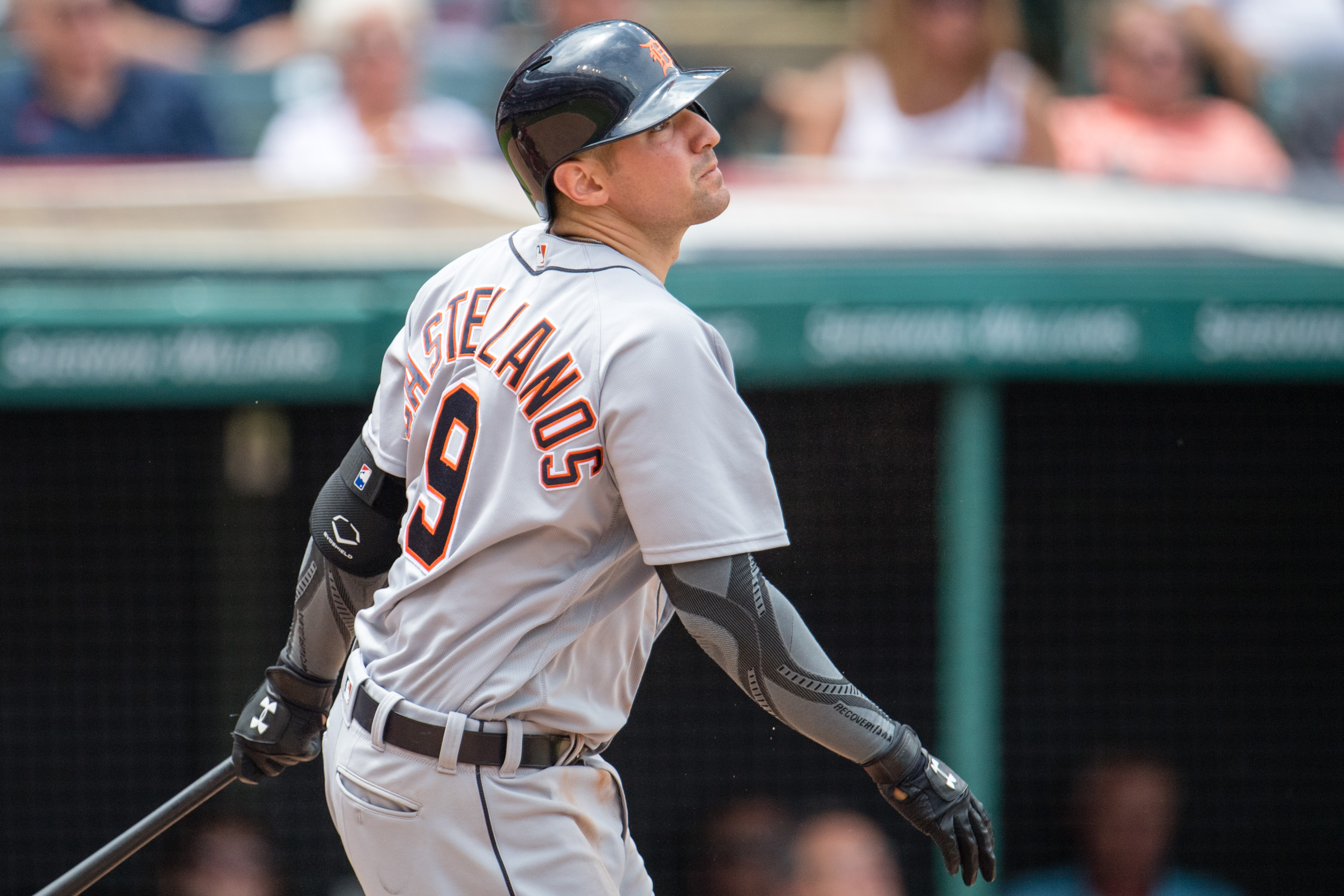 Nick Castellanos' Improved Speed Could Lead to a Breakout Season

It appeared as though the Detroit Tigers were going to strip their squad down as much as possible this past winter. And after shipping Cameron Maybin to the Los Angeles Angels at nearly the first chance they could, he seemed to just be the first domino to fall.

Until he wasn’t. More or less, he was the only domino to fall.

Despite general manager Al Avila’s strong words and tons of trade rumors, they couldn’t even find someone willing to pay the price for J.D. Martinez, which shouldn’t have been shocking.

Now that Maybin is gone, it leaves a void in the second spot of manager Brad Ausmus’ order. That’s always an important spot, but it’s even more important when it’s followed by hitters like Miguel Cabrera and Victor Martinez.

J.D. Martinez was reportedly the early favorite to take that spot, but he’d rather hit lower in the lineup. One person who does want to hit second, though, is Nick Castellanos. He’s not a prototypical no. 2 hitter, but he’s the perfect fit for this club.

After a quick cup of coffee in the big leagues during the 2013 season that consisted of just 18 plate appearances, Castellanos became an everyday player for Detroit in 2014. What’s interesting is that while this past season was the smallest number of games he played in a single season, it was by far his most impactful at the plate.

Here’s his three-year progression in a few key offensive categories:

Obviously, it’s noteworthy that his OPS and ISO both climbed steadily from one year to the next. Although a lack of plate appearances prevented him from setting a new personal best in RBI, he showed major strides in the power department.

These results showed up in his fWAR, which was positive for the first time in his big league career. Yes, fWAR factors in defense, but this positive rating was only made possible by posting his first Offensive Runs Above Average rating greater than zero (8.5).

The Potential Has Been There

The above progression has been encouraging — and helps make the prospects of his 2017 performance encouraging, too. While the upward trend is there, some of his batted ball stats had shown this was only a matter of time.

There is a lot to like when looking at this particular department, including a healthy line-drive rate and a career-low ground-ball rate last year, along with career highs in fly-ball rate, home-run rate, pull rate and hard-hit rate.

Regardless of age, this is the kind of progress you’d want to see from a hitter during a three-year span — especially at the start of their career. Add in the fact that he’s done this before entering his age-25 season and we have the potential for a true breakout performance. The Potential Impact of His Improved Speed

Speed has nothing to do with being a good baserunner or not, but it seems as if it’s something Ausmus deems important for hitters at the top of his batting order. It appears that Castellanos did improve his speed over the winter, which has caught his skipper’s eye.

While he’ll most likely never steal a bunch of bases — he’s only swiped three bags in six attempts since debuting in ’13 — his baserunning has also gone in the right direction.

Check out the three-year progression of his BsR, which is an all-encompassing stat tracked by FanGraphs that turns stolen bases, caught stealings, and other baserunning plays (taking extra bases, being thrown out on the bases, etc.) into runs above and below average.

He’s still costing the Tigers runs, but not nearly as much as he used to.

And if this improved speed translates enough for Ausmus to feel confident in penciling Castellanos into the two-hole, we could be in store for a huge season.

The Perfect No. 2 Hitter for Detroit

What makes Castellanos the best option currently on the Tigers’ roster? Well, part of it has to do with his manager’s expectations. He would basically want him to not change much about his approach (quote via Alexander Muller of Detroit Sports Nation):

“I’m glad he wants to hit second and, ideally, he would get on base a little bit more, but if he hits second, he can’t go up there trying to walk. Because he can’t change the style of hitter he is. He’s just gotta hit and be Nick Castellanos.”

This works right into Castellanos’ skillset. Through his first 1,639 big-league plate appearances, he’s produced a 6.3% walk rate, with that number never going lower than 6.2% or higher than 6.6% in any given season. He does swing quite often — his 54.0% swing rate and 37.0% O-Swing% would’ve ranked top 20 in baseball had he qualified for the batting title last year — but hitting second for the Tigers allows him to mostly stay aggressive.

With Cabrera protecting him, one could imagine Castellanos will get more pitches to hit in the zone than usual. So, instead of chasing pitches, he could shift some of that aggression to within the strike zone.

And like Ausmus said, all they need from him is to hit and be the Nick Castellanos they know. If he does, the top of Detroit’s order could be even more dangerous than it has been in recent years, including a young career on the verge of truly breaking out.

Matt Musico currently manages Chin Music Baseball, contributes to The Sports Daily and is also an editor for numberFire. He has also written for FanDuel Insider and Bleacher Report in the past. He’s a lover of all baseball, especially the Mets.