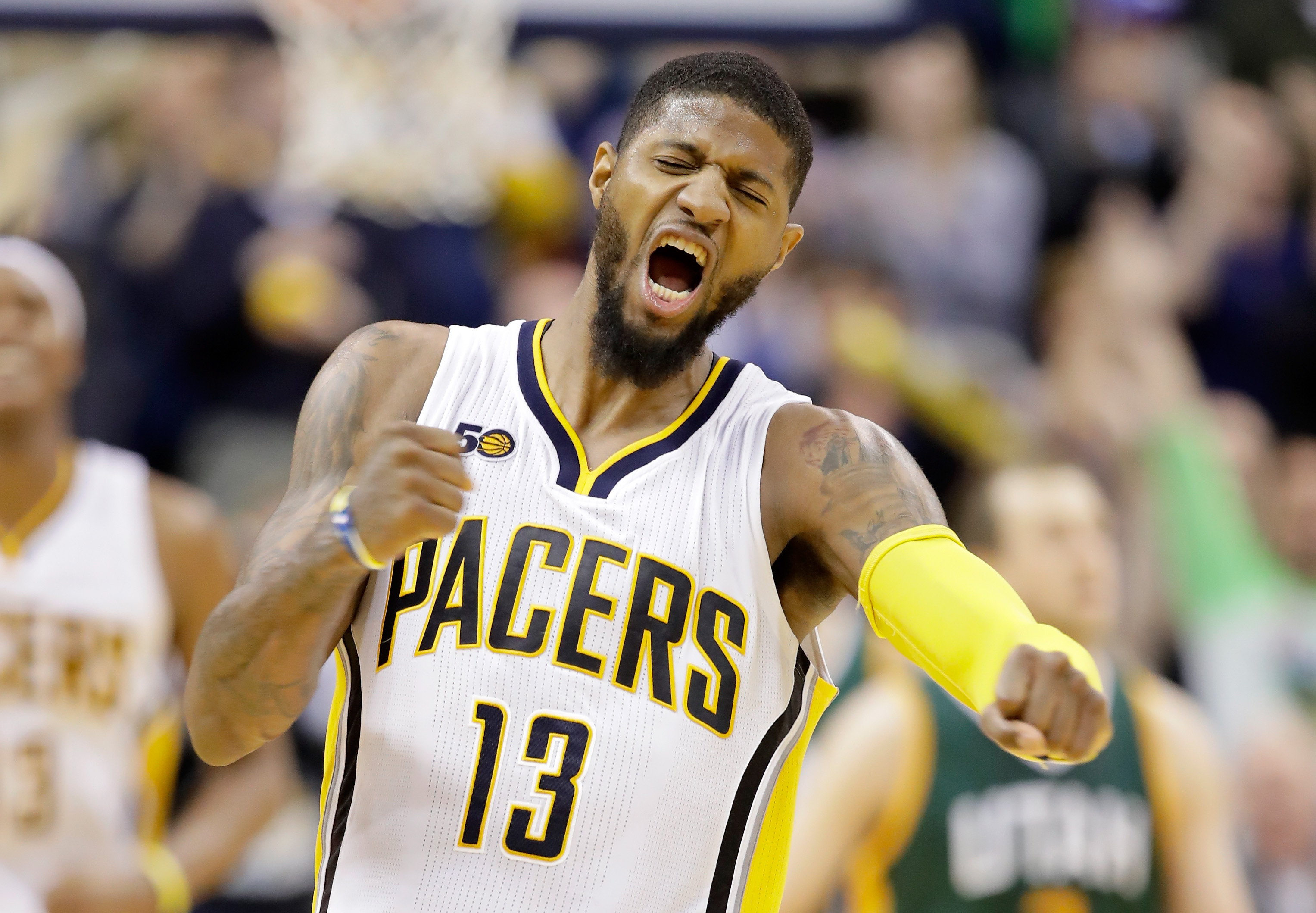 It simply seems a matter of time before Paul George abandons the Indiana Pacers.

Like other superstars, George would love to stay with his team and win a title. But the small-market realities of the NBA make it tough and teams like the Los Angeles Lakers might have what it takes soon to appeal to a guy like George.

Not that the Pacers haven’t tried to make things better. But while Larry Bird and the front office were shopping at the trade deadline, George’s name also came up.

ESPN’s Zach Lowe explained one longshot scenario the Pacers have at keeping PG13 in town:

It all makes you wonder if the Pacers are one player away from being really good, and if they might be able to find that player this summer. George would love to play with hometown boy Gordon Hayward, according to sources, but that would appear unlikely. Even so: bring back Teague and Miles, get expected Year 3 improvement from Turner, add a couple of bench pieces, and the Pacers might be able to give George a road map back to the No. 2 seed.

Interestingly enough, Lowe goes on to note that All-NBA team voting could decide whether George stays in town. If he makes it, the Pacers have an avenue toward keeping him on a major extension.

If not, George might see fit to go back home to California and join an upstart team like the Lakers. And if the Pacers sense this, maybe they try to strike a deal on George’s expiring contract next year, maybe even for a top prospect like Brandon Ingram.

That’s a lot of ifs. But here we are again, PG13 the latest superstar set to perhaps abandon a small market if the front office can’t pull off some magic around him. The situation makes the Pacers one of the top teams to watch this postseason.