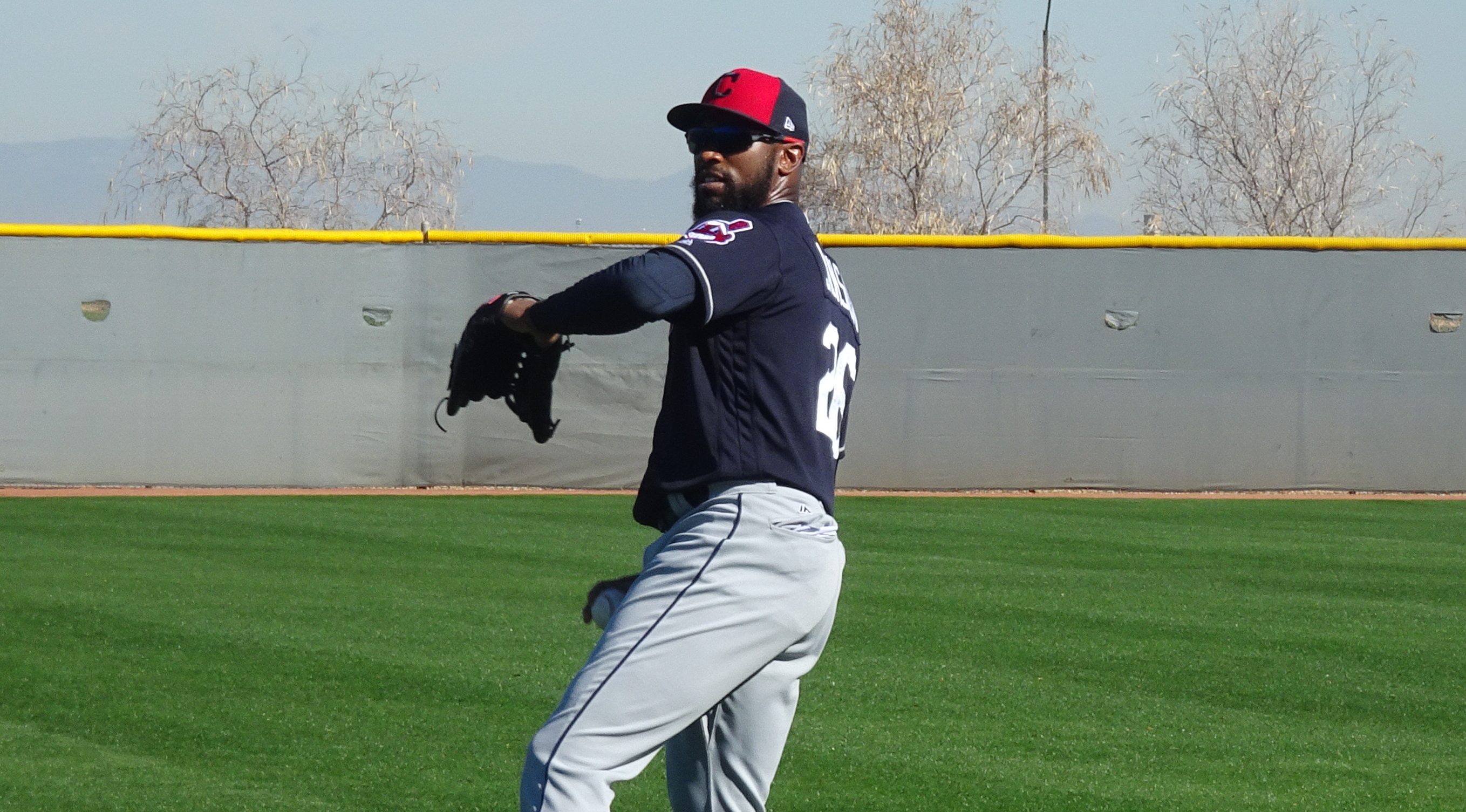 While no players have been actually released yet this Spring, 12 players were reassigned to minor league camp on March 20th and with further injury news, we can project the 25 man with more certainty than earlier this Spring. Players who have been added or upgraded since the last version are noted in green. Those removed are noted in red.

With Merritt, Morimando and Plutko heading to minor league camp, we’re closer than ever to the Indians being stuck with the five man rotation we all expected going into Spring. The one situation that could mix things up is Carrasco’s elbow soreness, but he’s already pitched in a minor league game without incident and is scheduled to return to the rotation shortly. Clevinger remains in camp just in case.

As the roster shrinks for the first time, the competition for this final relief role becomes clearer. With MLB experience, Frias and Armstrong may have a leg up although Colon (who is still pitching with Puerto Rico in the WBC), Garner and Goody are still in the running. With two lefties already in the pen, Milner is still likely to be returned to Philadelphia and Crockett likely to start in AAA.

With Jason Kipnis out for most of April, the Indians will need a regular starter at second and Ramirez has begun getting reps during Spring games making him seem the obvious solution. As Diaz and Urshela are the most MLB ready options capable of starting and both are best at third base, nothing makes as much sense as starting Ramirez at his primary position. We’ve seen the connection between Lindor and Ramirez in the past and, while no offense is meant to Kipnis, they provide a different level of defensive proficiency.

Personally, I think Diaz is the best option here, but that the Indians will go with Urshela. After years of touting Diaz’s defense, all of a sudden they are down on him, saying he can’t play any position even at a league average level. Even if this were the case, his offensive production would likely outpace Urshela by so much he’d still be the better option, but it certainly seems like a service time ploy by the front office. They’ve pulled this kind of stunt in the past, insulting a minor leaguer to keep them down and avoid paying them what they deserve.

Brantley has now played in a real MLB Spring game and still hasn’t had a set back. If things continue smoothly, he should be able to start the season with the team. Even if he can’t play every day, he should still be considered the starter in left.

With Jackson returning from injury better than expected, Almonte’s position as a starter and even his position on the 25 man roster are coming into question. He still has a minor league option and the Indians may prefer to keep Naquin on the roster over Almonte. Jackson, however, is still not on the roster so a few moves would have to be made to add him. These moves could be as simple as placing Anderson on the 60 Day DL and sending Almonte to minor league camp, so they shouldn’t be an obstruction should the Indians go with the veteran center fielder.

At the beginning of Spring, Terry Francona highlighted his trio of competitors for this job and that trio is now down to two with Rodriguez being reassigned to minor league camp. The situation is different now that there is an opening at second or third in the starting line-up, but given the obvious favoritism, this spot will still go to Martinez. Like Jackson, Martinez is not on roster and moves will need to be made should they want to add him. The best option as far as bringing the best 25 men to Cleveland would be to go with Gonzalez and even Robertson would be an improvement over one of the worst players in baseball history.

OF2: Tyler Naquin (25)
Other Options: Almonte, Zimmer, Robertson or anyone else listed on this page who doesn’t make it somewhere else.
Removed: Greg Allen (MiLB)

Allen and Zimmer were big outsiders for this job when Spring began and they are looking to be even more outside now with the former being sent to minor league camp on Monday. Zimmer is still in camp, but if Brantley is healthy enough to play and Jackson continues to play like he has, there’s no reason to push him faster than they want to. Zimmer, Jackson and Naquin are all having an incredible Spring so far with Zimmer batting .354/.404/.646 with five doubles and three home runs, Jackson hitting .333/.333/.667 with four doubles and a home run (in just seven games) and Naquin hitting .458/.480/.792. Diaz has also been playing well despite being downplayed and has hit .417/.548/.625 giving the Indians plenty of options for the remaining open positions.

Anderson has decided to have Tommy John surgery and will now miss all of the 2017 and likely much of 2018. His placement on the 60 Day DL to free up a roster spot is immanent.

Kipnis is expected to miss another 4-5 weeks with shoulder soreness. He is still expected to be ready to return by May.