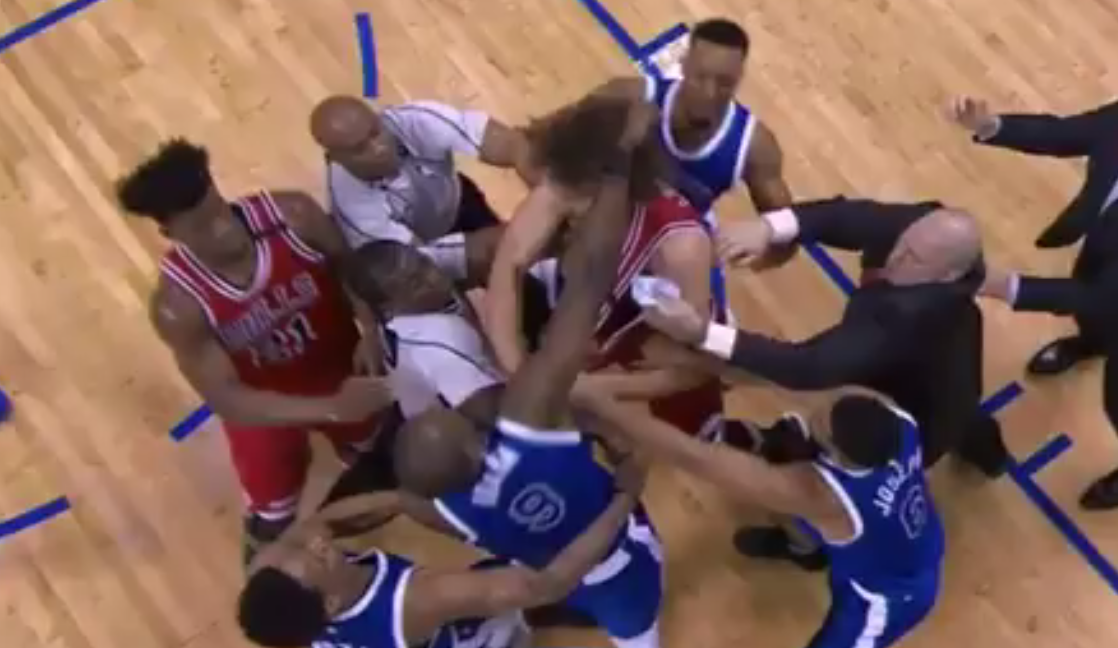 It’s not often that we see an actual fight in the NBA, but that’s what happened during Tuesday night’s Bulls-Raptors game—punches and all.

The fight was between Brook Lopez and Serge Ibaka, and began after things got ugly while the two were fighting for a rebound. Lopez backed into Ibaka, who then responded by pushing his elbow into his opponent’s back. Lopez didn’t like that, so he turned around, got in Ibaka’s face and began talking trash to him.

A shoving match then ensued, with an official caught in the middle of it. Unfortunately, his attempt to cool things down didn’t work, as Ibaka slapped Lopez, who then threw a punch in Ibaka’s direction, which he dodged. Ibaka then threw one of his own, which was equally bad, and grazed the side of Lopez’s face.

Both Ibaka and Lopez were ejected for their actions.