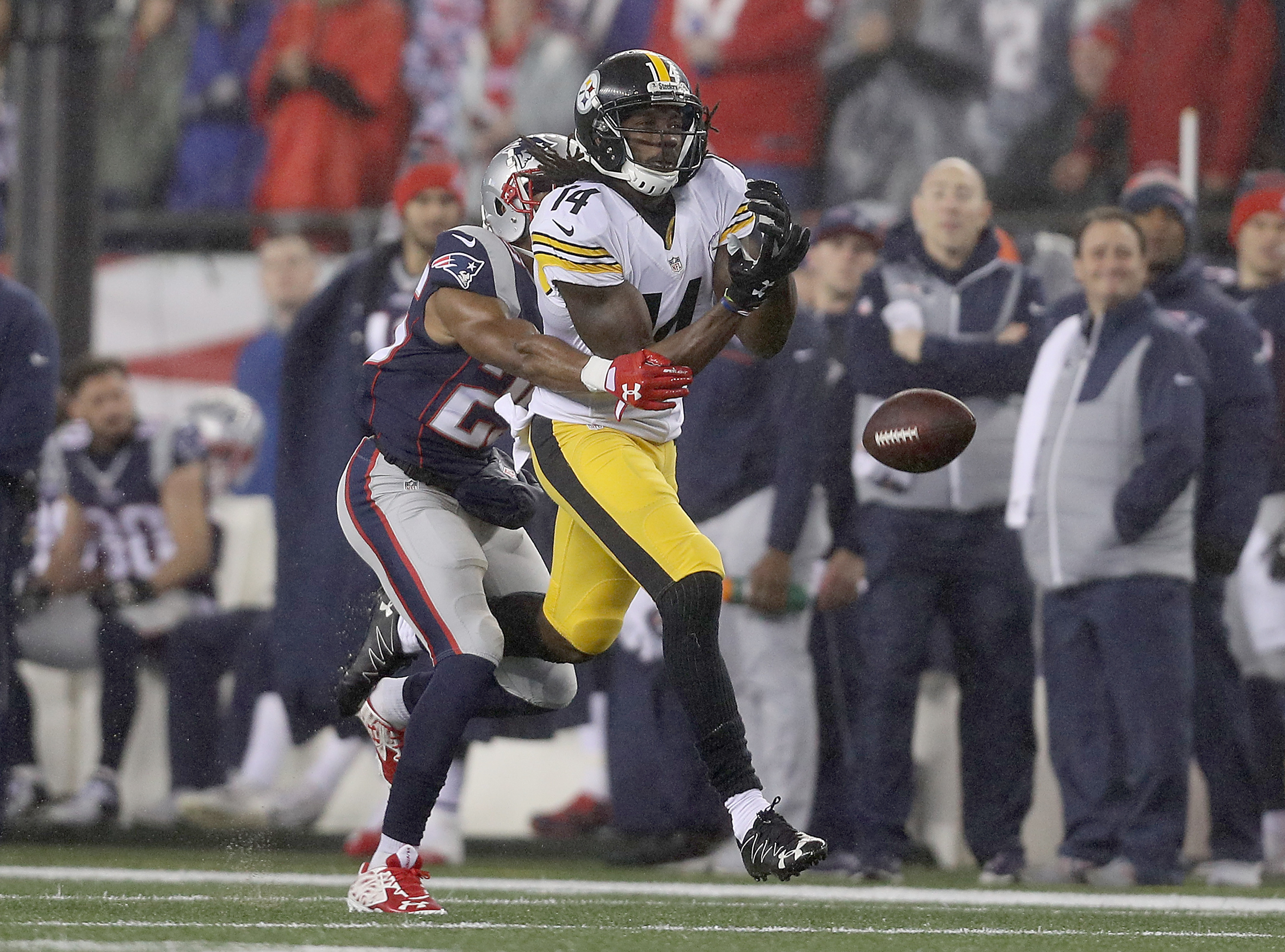 Anyone who thinks the Steelers filled their wide receiver need by signing free agent Justin Hunter might be interested in buying one of Pittsburgh’s many bridges.

Antonio Brown led the Steelers with 106 receptions last season. Le’Veon Bell was second on the team with 75. No one else on the team caught 50 passes. Eli Rogers was next on the list with 48.

The Steelers need receivers who can complement Brown. Part of the reason they’re lacking in that department is because they’ve lost their magic touch drafting receivers.

In 2013, the Steelers drafted Markus Wheaton in the third round. He had his moments, but was overtaken by 2014 fourth-round pick Martavis Bryant.

Bryant provided the Steelers’ offense with a jolt, but he’s been suspended twice for marijuana. He was banned for the entire 2016 season and the Steelers aren’t sure if they can rely on him again.

Sammie Coates, taken in the third round of the 2015 draft, caught 19 passes in five games last season but suffered an injury to his fingers and was never the same.

Demarcus Ayers, a seventh-rounder last year, looks like he can hang on as a nice fourth or fifth receiver, but it would be surprising if he’s a No. 2 to Brown.

Coates and Bryant are wild-cards right now, and the Steelers’ primary draft needs are on the defensive side of the ball. But it would behoove them to find a receiver or two in the third round or later.