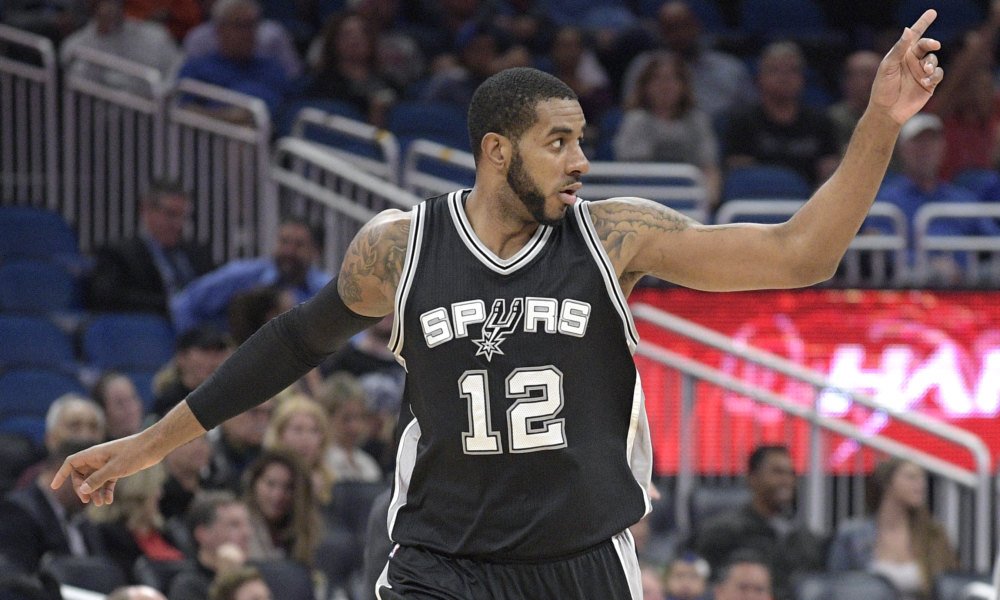 The San Antonio Spurs rallied from a slow start to defeat the Minnesota Timberwolves 100-93 inside the Target Center on Tuesday night, keeping pace with the Golden State Warriors for No. 1 in the NBA.

LaMarcus Aldridge scored a game-high 26 points to go along with five rebounds. Kawhi Leonard added 22 points, with 20 coming in the second half. Danny Green added 10 for San Antonio, who was without David Lee and Dejounte Murray.

”It looks like sometimes we need to be pushed to the limit to bring out the best in us,” Spurs guard Manu Ginobili said. ”Sometimes we have it. Sometimes we’re going to be able to overcome that and sometimes you won’t.”

San Antonio seemed to take control in the third quarter, outscoring Minnesota 31-16. However, a 9-0 run by the Wolves would make it a game down the stretch, but San Antonio clamped down defensively to escape with the win.

The Wolves were led by Karl Anthony-Towns’ 25 points and 14 rebounds. Andrew Wiggins added 22 for Minnesota (28-42), who are looking towards a promising future.

LaMarcus Aldridge is Project Spurs’ Player of the Game. His best game in months was highlighted by his work on the defensive end, grabbing key rebounds and getting blocks.

Up next: The Spurs are now 54-16 on the season and will return to the court on Thursday when they face the Memphis Grizzlies at the AT&T Center at 7:30 p.m.