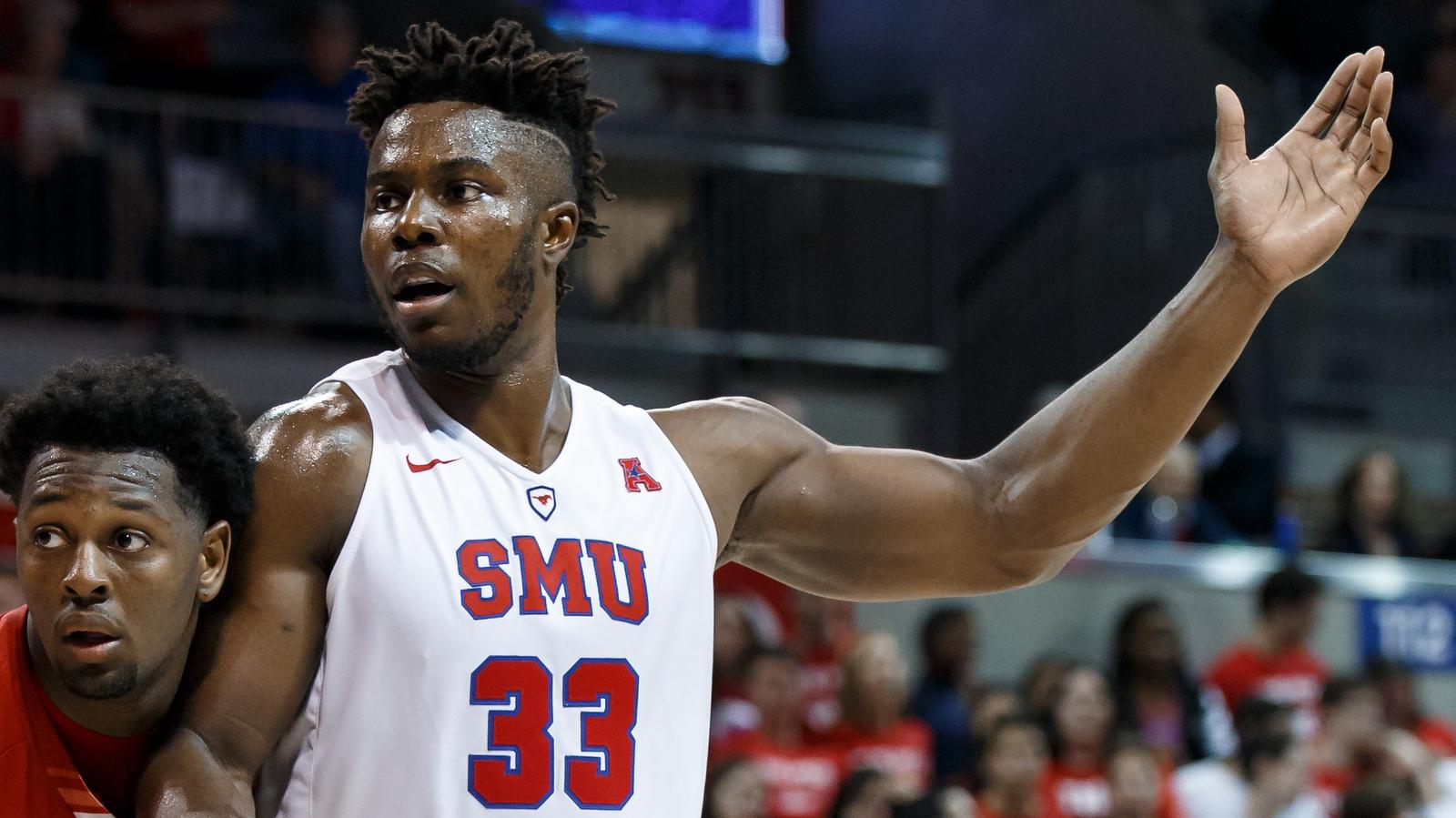 The San Antonio Spurs are still rolling through the Western Conference as they close in on 55 wins and could potentially sneak into the top spot in the conference for playoff seeding. That means yet another late pick in the first round, which brings us to our weekly post about which college player to look out for when the Spurs eventually do pick in the draft.

This week’s player is SMU’s Semi Ojeleye, so it’s someone that Texas natives should have heard of by now since he was the Mustangs’ leading scorer and their best player by far. He’s one of those guys who greatly benefited from a change of scenery after he spent his first two seasons of college ball with Duke, but barely got off the bench. He took full advantage of this season being his first back from sitting out due to NCAA transfer rules. Here are his measurables:

SMU was an odd team this year in that the Mustangs were very good in the ACC — they finished the regular season 27-4 – despite having no real big men and playing a bunch of guys who were between 6’2” and 6’5” with the exception of Ojeleye and one center who averaged only about 15 minutes a game. That meant Ojeleye had to do a lot on his own as far creating shots and getting to the rim, which he did with relative ease.

He’s a solid spot-up three-point shooter and he can get it off the dribble when needed. He’s tenacious in getting to the rim as evidenced by his 6.3 free throw attempts a game and he made them at a decent enough clip of 78.5 percent. He’s gone under the radar because of the conference he plays in with no real competition, but to his credit, he has dominated like he should with 12 games of scoring 20 or more points, including two 30+ outbursts.

The only real knock on Ojeleye right now is that he doesn’t play defense as hard as he does offense and he hasn’t really needed to because of the soft schedule he played against this season. That should be something to keep an eye on come combine time and when he’s playing with the guys from bigger and tougher conferences.

Ojeleye has almost exclusively played the power forward position for SMU, but could easily transition to a small forward or small-ball four if needed. He can handle the ball in the open court and get himself his own shot as stated before. He’s the kind of versatile and almost “positionless” forward that teams are looking for these days, so expect his name to come up in some NBA Draft conversations before June and cross your fingers he’s available for the Spurs by the time they pick.