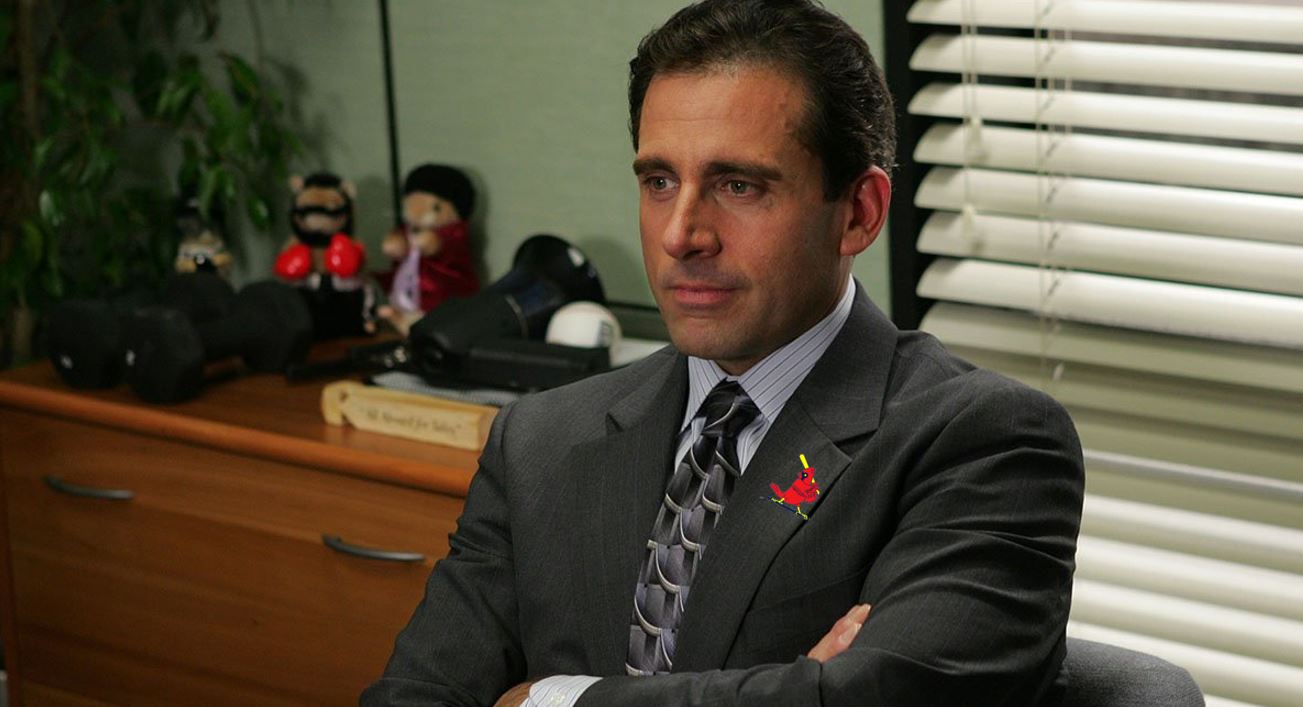 Would you enjoy a parody of The Office featuring Mike Matheny as Steve Carell?

The videos are being produced by Chase Woodruff who also Tweets as Double Birds.

I reached out to Mr. Woodruff and he said that as of now there are 4 episodes planned. He’s had the idea for about a year and started accumulating clips that he thought might fit into this construct over time.

They are undeniably not easy to make:

The amount of time I've spent on that and forthcoming, even dumber sequels should land me in prison

But now you know there’s a Cardinals/Office Twitter show. And are probably better off for it.