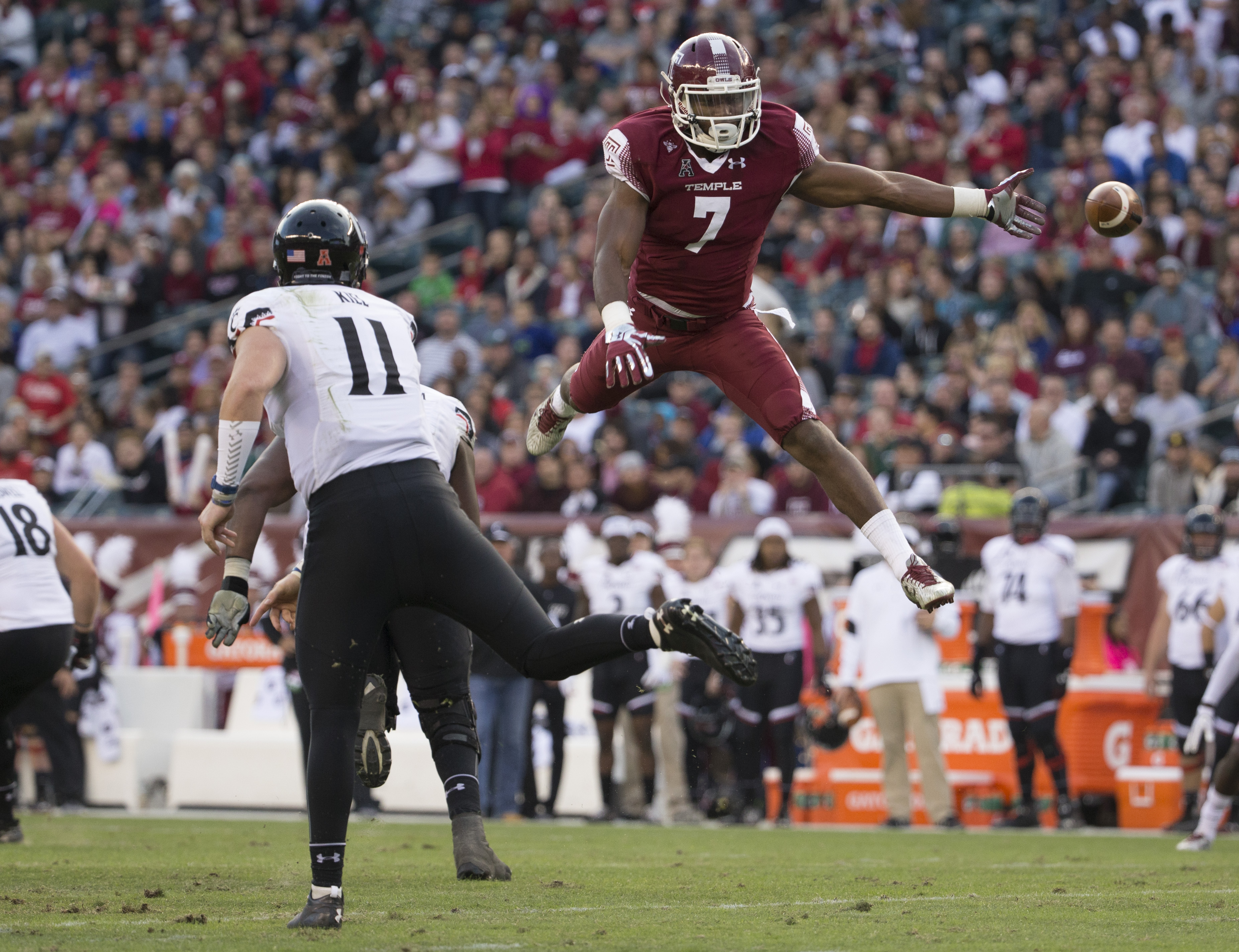 Anyone who didn’t know Haason Reddick’s name before the NFL scouting combine knows it now.

The Temple defensive end rocketed up draft boards with his performance. He was the fastest defensive end with a 4.52-second 40-yard dash. He also led the position group with a 133-inch broad jump and was third in the vertical leap.

Reddick could be a top-20 pick and at least one mock draft has him going in the top 10, but is he a workout warrior who will be overdrafted based on the combine?

His statistical trajectory over the course of four years suggests that Reddick keeps getting better. He joined the Temple program as a walk-on and improved every year in tackles, assisted tackles, tackles for loss and sacks. In 2016, Reddick was third in the nation with 22.5 tackles for loss and also had 9.5 sacks. He also had his first interception as well as career highs in passes defended and forced fumbles with three each.

At 6’1″, 237 pounds, Reddick is no defensive lineman at the NFL level. He has the pass-rush ability to succeed as a linebacker. His 40 time would have been second among linebackers at the combine and his 24 bench press reps would have tied him for third.

Still, Reddick could stand to gain a few pounds as he can be consumed by bigger blockers. His character will require some due diligence. He was involved in a fight outside a Philadelphia nightclub in 2015.

Reddick looks like a legitimate first-round pick, but it would be a reach if he were chosen in the top 10.