The Leftovers: What Remains in Free Agency and How It Can Help the Bills by @rdotdeuce 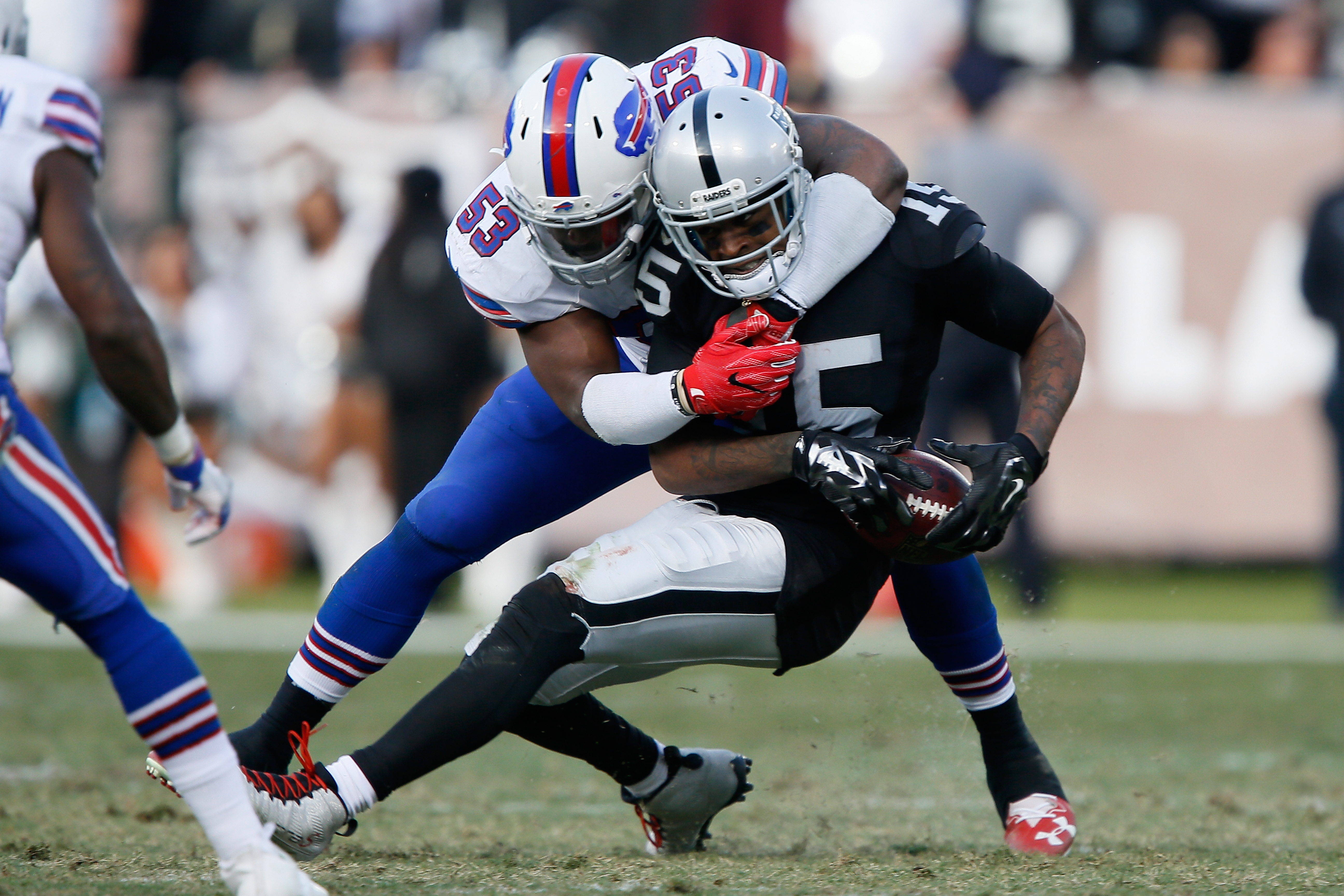 The Leftovers: What Remains in Free Agency and How It Can Help the Bills by @rdotdeuce

The draft, as always is a crapshoot. While I am completely foreign to the real world of betting like the NBA predictions and lines here, when it comes to the NFL draft I know the easiest path to success is not relying on each pick to be a savior. To that end, here are a few of the “leftover” free agents that are available that can help buttress the Bills’ needs and prevent a total reliance on rookie contributors in the 2017 season.

I talked about the backup quarterback spot yesterday, and today I want to focus on the two remaining needs – a starter off-ball (most likely ‘Will’ linebacker) and depth at safety. If they can accomplish just those two goals with a month to go until the draft, coupled with my prior suggestions of backup QB, the Bills go into the draft with the ability to move around the draft board. Additionally, they would have the freedom to “double up” on positions like wide receiver or corner, allowing them to be doubly sure they got the right players to succeed.

This list begins and ends with two names, Zach Brown and Gerald Hodges. Since Brown is coming in (with new agents in tow to boot) for a visit with the new staff, an opportunity to maintain the starters from last year can still present itself.

FA LB Zach Brown with new representation… and he’s slated to visit the #Bills, his former team, after he leaves the #Dolphins. https://t.co/g9grBtKIZx

His former teammate, Preston Brown, is more than happy that Zach may be returning to the fold:

Gerald Hodges (San Francisco), on the other hand, is visiting the Seahawks, so depending on how things go for him in the Emerald City, that may determine when (if) the Bills decide to bring him in as well. The former 49er would be a great add at a far cheaper rate in the third week of free agency than the buying bonanza of week one.

Jairus Byrd (Saints) remains one of my top picks to acquire in FA. While he may have had a few injuries in his time since he was drafted by the Bills, having a player as heady as Jairus on the roster can only help the rebuilding Bills secondary.

Bradley McDougald (Buccaneers) is a younger player I’m surprised hasn’t been signed earlier, given his 91 tackles and 2 interceptions in 2016. McDougald most recently visited with the Cleveland Browns – which means he may not be on the market long, considering they still need to replace new Bills safety Jordan Poyer.

Finally, there’s a free agent outside of this grouping, should the Bills have the space and the means to convince him – and that is former Giants DT Johnathan Hankins. Hankins is looking to make big bank this year in free agency, but with him sitting in the third week, there presents an opportunity for a creative front office to either give him a one-year deal with an option, ala the Tyrod Taylor original deal, or to give him a one year deal with the promise of no franchise tag. If Whaley and McDermott could convince the behemoth to sign up in Buffalo, they would have an effective three technique behind Dareus and Kyle Williams – as well as a pretty competent “second wave” on the defensive line.

With these moves, the hope would be a 2017 draft that could be focused on an infusion of talented youth at wide receiver and right tackle, with the remaining picks going to players that can be depth/ST guys in year one, a situation far removed from the yearly “who do they need to start as a fourth rounder” that at times can be the norm in Western New York.