Will any NFL team take a shot on Colin Kaepernick? 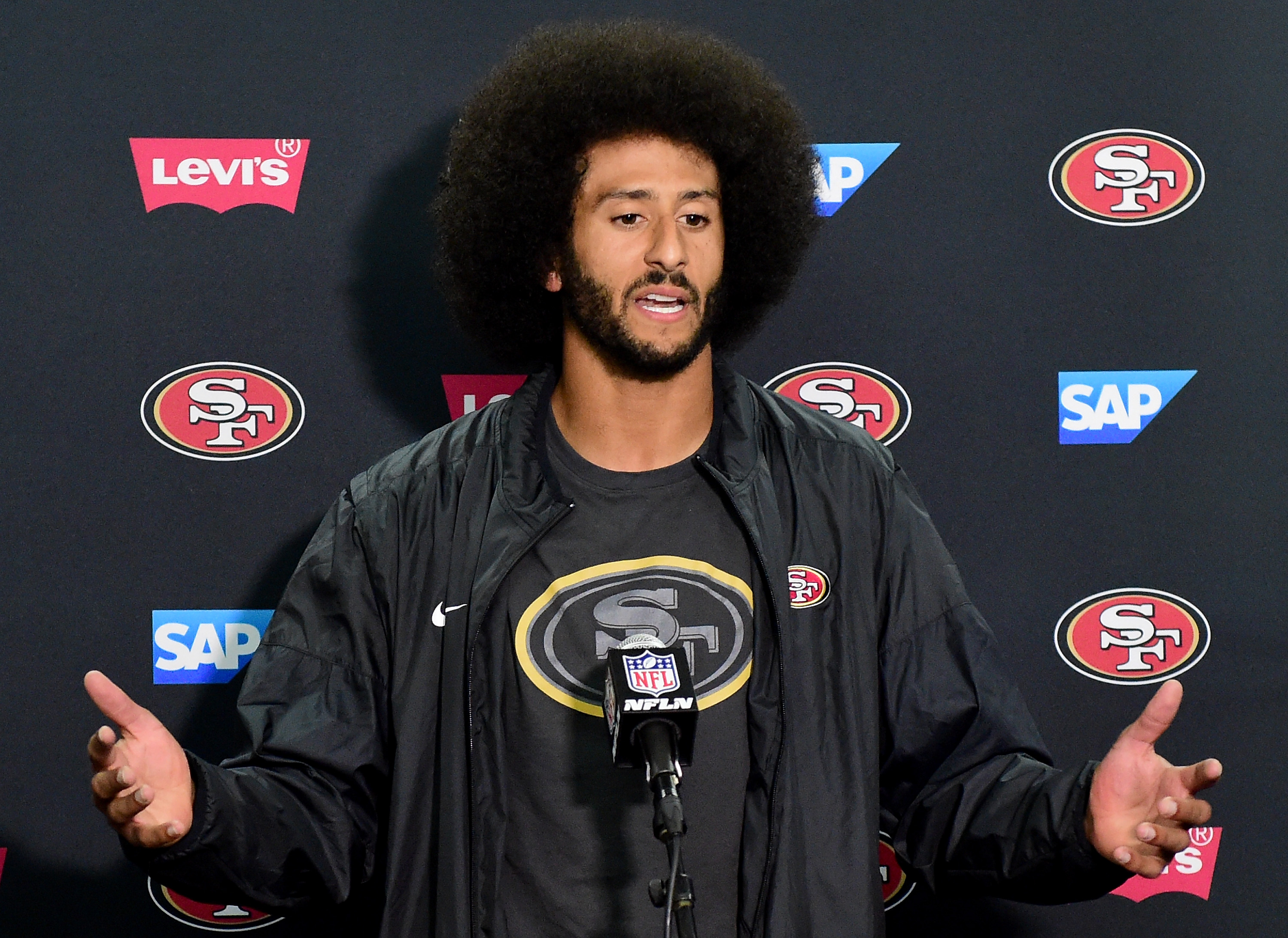 Will any NFL team take a shot on Colin Kaepernick?

It’s hard to imagine that just four years ago, Colin Kaepernick was one of the two starting quarterbacks playing in the Super Bowl. Not only that, but the 49ers were five yards away from possibly winning the game, and probably would have had Kap thrown a better pass on a fade to Michael Crabtree on fourth-and-goal with under two minutes remaining.

But it’s been all downhill since then, as teams began to figure out how to keep Kap in the pocket and forced him to make plays with his arm, not his legs.

This fall from grace certainly isn’t something anyone would’ve predicted. If you had told me after that game that Kap would eventually lose his starting job to Blaine Gabbert, I’d have thought you were off your rocker. But that’s what happened, and a few weeks ago, Kaepernick opted out of his contract with the 49ers, making him a free agent.

Unfortunately for him, not many teams are in the market for a veteran signal-caller this year, and no one has come calling. The Bears signed Mike Glennon, the Jets rolled with Josh McCown and the Browns seem to continue to attempt to pry Jimmy Garoppolo from the Patriots fingertips. Or, Cleveland may use one of their many draft picks to target a signal-caller next month. But it’s clear they’re not interested in Kap.

So what are Kaepernick’s options?

Things aren’t looking good for the former 49ers quarterback at the current time. Not only does he bring off-the-field distractions that a lot of coaches wouldn’t want in their locker room, but his stats aren’t pretty, either. Kap completed only 59.7 percent of his passes in 12 games last season, with 16 touchdowns and 11 turnovers. And frankly, those stats were padded by garbage-time yards he racked up in the fourth quarters of games, as the 49ers often found themselves down by 3+ scores at that time.

The Jaguars are a possibility, if Kap would be content initially being a backup for a bad team, which remains to be seen. Blake Bortles seemed to regress last season, so maybe he’d have the chance to eventually win the starting job. The Texans are in the market for a quarterback, but it’s clear Bill O’Brien is not interested in Kap, and would probably rather play Tom Savage if the team chooses not to pursue Tony Romo or anyone else. But that about covers it for teams that he’d have a chance to win a starting job with.

It doesn’t look like Kap is going to get the shot to sign with and win a starting job for an NFL team this season, so he might have to humble himself, take a huge pay cut and be content with hopefully being a backup somewhere. Otherwise, his days in the NFL might be numbered, and he’ll go down as just another former flavor of the month.