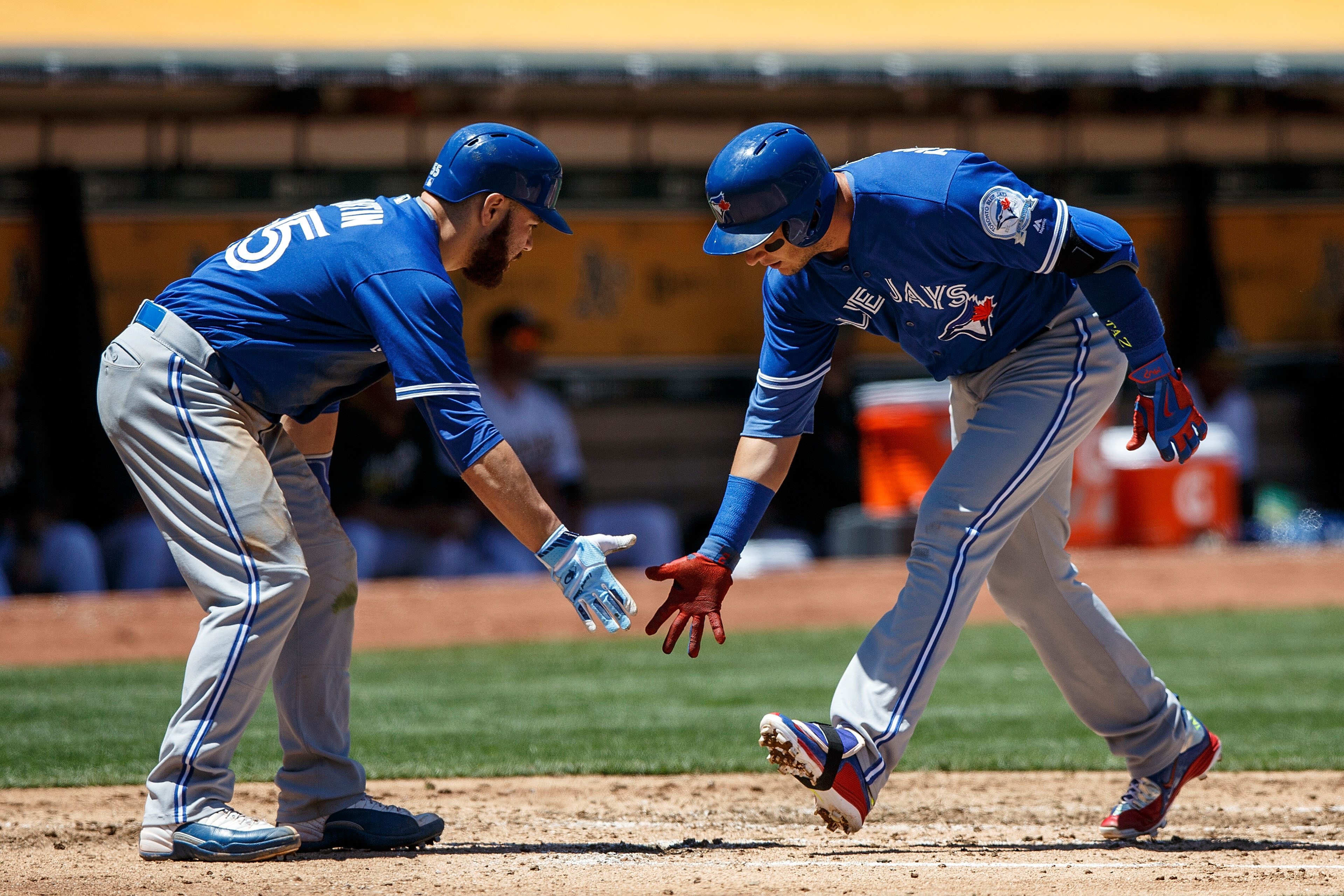 Fresh off two consecutive postseason appearances, the Toronto Blue Jays are primed to compete for a spot in October once again in 2017. They’ll be doing it with some fresh faces, though.

Edwin Encarnacion and his powerful bat were a huge part of those two playoffs runs, but he plays for the Cleveland Indians now. The Blue Jays re-signed Jose Bautista, but have also brought in Kendrys Morales and Steve Pearce to make up for the void Edwing has left in the lineup.

His absence will put some pressure on other parts of the offense, like Troy Tulowitzki and Russell Martin, who Roster Resource projects to hit fifth and sixth in the order, respectively.

While the starting rotation was surprisingly great last year, the offense collectively struggled over the first two months, posting a 90 wRC+ in April and 97 wRC+ in May before finishing with a mark of 102 for the entire season. The offense has to get off on the right foot this year to prevent another slow start (12-14 record on May 1 last year, 29-26 on June 1).

Tulowitzki and Martin will need to be a big part of that.

It wouldn’t be fair to pin Toronto’s early 2016 offensive struggles squarely on these two – after all, Encarnacion posted a wRC+ of just 84 in April himself. Still, it’s impossible to ignore just how bad the first two months were for both Tulo and Martin.

When they woke up on June 1 last year, this is what their production looked like.

With such low BABIPs, one can assume they ran into some bad luck, and that is true. Tulo posted a 34.2% hard-hit rate over this time, while Martin produced a 35.7% rate in the same department.

Slow starts happen, but it’s not as if these guys are in the prime of their careers – they’re each approaching their mid-30s. And sometimes, the question has to be asked as to whether or not slow starts like these end up being the new normal going forward.

Obviously, each brings value to Toronto in other ways – like Tulo’s glove and how Martin handles the pitching staff – but they really need their bats to perform.

Thankfully, they both caught fire from June 1 to the end of the regular season (June 18 for Tulo because of a DL stint for a strained right quad). Their overall stats just looked meh, but it looks a lot better than meh after taking out those first two months of play.

The most concerning part of Martin’s slump – his non-existent power – was erased. Coincidentally enough, his hard-hit rate dropped to 32.6% and his BABIP rose in the process. Baseball, man. Spring Hasn’t Exactly Been as Encouraging

Sure, Spring Training stats don’t count and should be taken with a grain of salt, but they’re still worth taking a peek at. Unfortunately, their collective production thus far won’t get anyone super excited.

Tulo and Martin have played in 18 Grapefruit League games, compiling 43 total at-bats. They’ve combined exactly 1 extra-base hit, 1 RBI, 5 walks and 11 strikeouts. Martin is a great example that it may not mean anything, though.

But still, with the hope that these two can have a better start than last year, it would be nice to see them get into some kind of groove prior to Opening Day.

Can’t Depend on the Same Rotation Durability Again

Part of the reason why the Blue Jays hung around the .500 mark before the offense picked things up last year was because of the pitching staff.

The starting rotation was specifically effective, posting an AL-best 15.3 fWAR while leading all of baseball with 995.1 innings pitched.

That’s the kind of relative health every manager dreams of, but rarely gets. It’s likely they’re hoping for more of the same in 2017, but that’s clearly no guarantee.

If something happens to the pitching staff, the Blue Jays could dig themselves into an even deeper hole than last year if the offense isn’t able to pick up the hypothetical slack.

To prevent that this season, Tulowitzki and Martin can’t disappear for the first couple months before kicking it into gear. 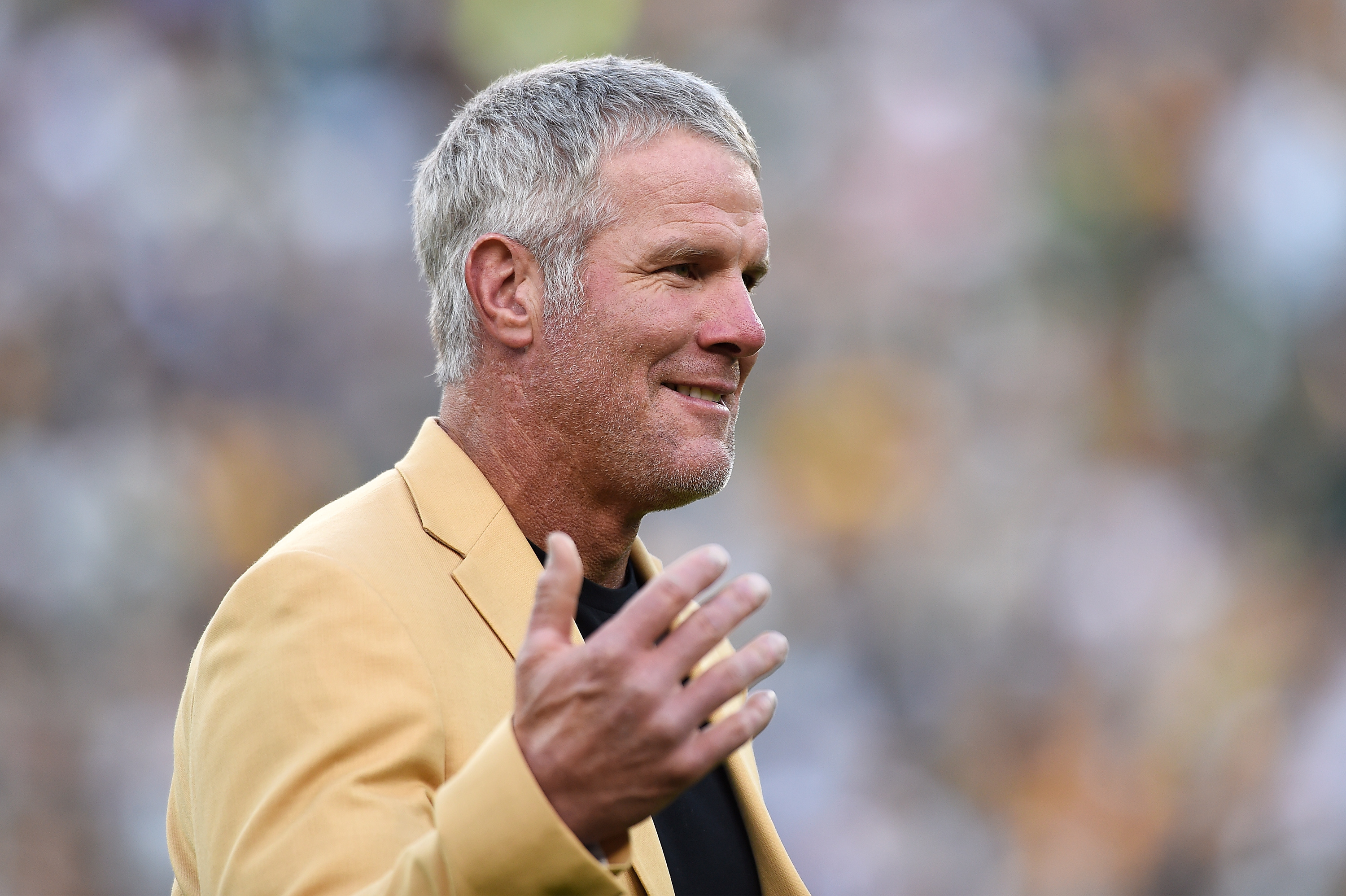 Brett Favre can still sling it, but no way can he still play in the NFL

Hall of Fame quarterback Brett Favre leads the NFL in wins as a starter (186), and that’s a record that probably won’t be broken anytime...