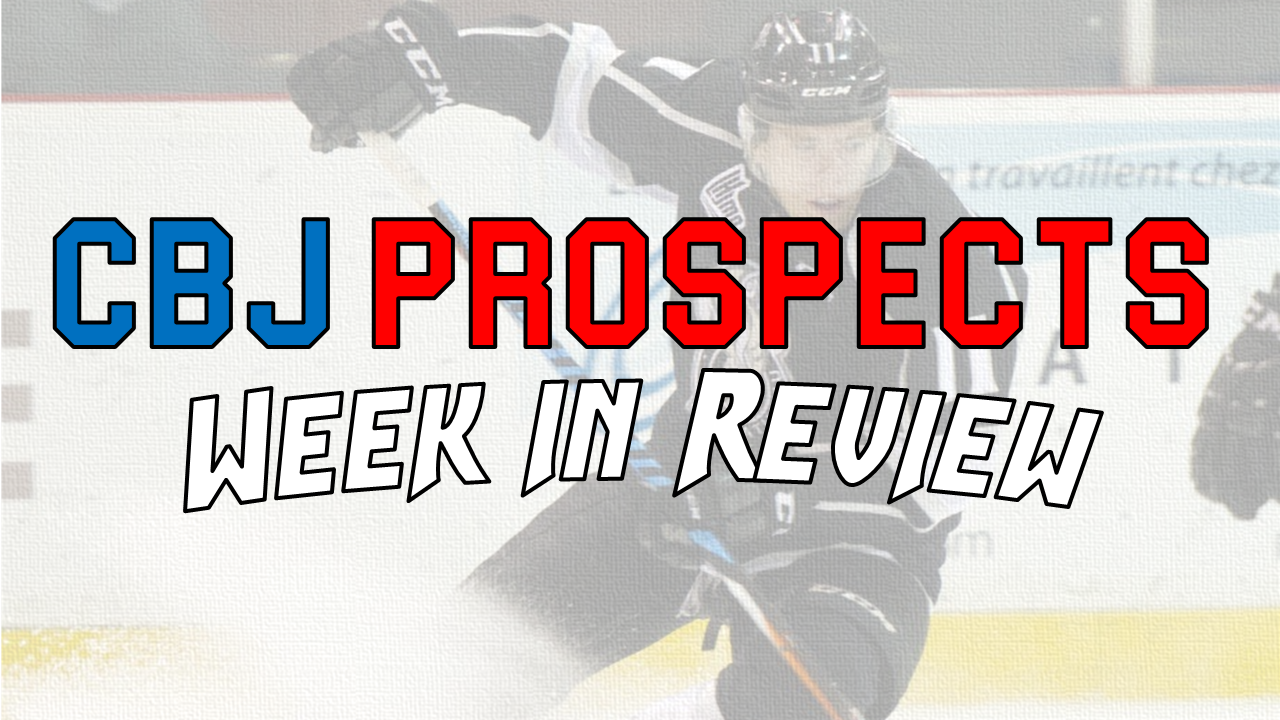 It was a busy and successful week for the Monsters starting off with a pair of games against Chicago.

On Tuesday, the Wolves opened the scoring before the game was all Monsters the rest of the way. Early in the second with the Monsters on the power play, Sonny Milano found Marc-Andre Bergeron who fired a shot that was tipped by Makrus Hannikainen for his 14th of the season. Early in the third, Cleveland struck again. The Monsters entered zone on a three-on-two before Ryan Craig got the puck and fired a backhand that was stopped, but Craig picked up the rebound to make it 2-1. Two and a half minutes later, TJ Tynan skated down the wing and fired a blast at the circle to make it 3-1 on a shorthanded goal. Late in the third, the mayor finished the scoring when Justin Scott fired an odd angle shot to make it 4-1 Monsters. In the win, Anton Forsberg made 20 saves and was named first star.

Wednesday, the Wolves again built up a first period lead before the Monsters responded. Early in the second, Zac Dalpe caused a turnover in the Wolves zone before skating in and firing a shot that tied the game at one. That’s how the game ended in regulation and then through overtime before going all the way to a shootout. Hannikainen and Dalpe scored in the skills competition while Brad Thiessen stopped both Wolves shooters to clinch the victory. Thiessen made 45 saves in the game.

Continuing this string of games against division opponents, the Iowa Wild paid a visit to the Q for a weekend series. In the first with the Monsters on a five on three. Tynan took a pass from below the goal line and fired a shot that must’ve been tipped by a Iowa player because Milano originally got credit before it was assigned back to TJ. Early in the second, Nick Moutrey scored with Mike Reilly all over him when he tapped the puck past the Wild’s goalie to make it 2-0. 48 seconds later the Monsters struck again when Sam Vigneault found Dean Kukan at the point and he fired a blast to make it 3-0 Monsters with his third of the season. The assist was the first point of Vigneault’s pro career. Late in the second, Moutrey took a pass just above the blue line, skated in to the zone and fired a shot from just before the goal to make it 4-0. In the third, Joe Pendenza capped the scoring when he stole the puck and battled off a defender to make it 5-0. Forsberg lost his shutout bid with only 2:10 remaining but he did set a career/AHL season high with 51 saves in the win. The multi goal game was the first of Moutrey’s career and the second multi-point game of the season for him.

The Monsters closed out their week with a rematch against Iowa. After a scoreless first, the game got a lot more Sonny (I regret nothing). In the second, Hannkainen found Milano behind the entire Wild team. Once he got the puck, he skated into the zone and…wait for it…went backhand for his team leading 16th goal of the season to make it 1-0. The third was all Monsters with a little help from Iowa. First up, Tynan benefitted from an Alex Stalock misplay when Hannikainen stole the puck and found TJ in front to make it 2-0. The Wild pulled their goalie very early and the Monsters capitalized twice. First up, Moutrey won a race to the puck and found Justin Scott who scored his 11th goal of the season. Not even a minute later, the birthday boy got on the board when Hannikainen fired into the empty net from just about his own goal line to seal the Monsters win 4-0. Forsberg made 37 saves for his 22nd win of the season.

For his successful week, Anton was named the AHL Player of the Week after he went 3-0 including one shutout and stopped 108 of 110 shots against. Anton was named first star in all three wins and had a .82 GAA.

As for next week, it’s a big one. The Monsters welcome the team they are currently tied with for fourth place in the Midwest division, the Charlotte Checkers, before going on the road for four straight.

Peter Thome-Waterloo Black Hawks (USHL)
Season Stats 33GP 21-7-1-1 1SO .891SV% 2.97GAA
As I said in an earlier recap, Peter has taken over the Hawks top goaltending duties and has won eight of his last 10 before taking a loss against Sioux City. In that game, Peter stopped 18 of 23 shots against. The team allowed an empty net goal.

Peter and the Hawks bounced back against Dubuque in a game where Peter made 25 saves. The game was his 20th win of the season and also clinched the Black Hawks a playoff spot.

Closing out the week against Des Moines, Peter was solid again. He made 31 saves in a 5-1 win over the Buccaneers.

In the NCAA tournament, Ryan Collins and Andrew Peeke faced off in a Northeast Regional semifinal. Both players were held pointless in the 3-2 Notre Dame win.

In the Regional Final, Andrew and the Irish faced off against division rival UMass-Lowell who had previously defeated them in the Hockey East Final. In the 3-2 Irish overtime win, Andrew was again held without a point but he did take two shots. With the win, the Irish are off to the Frozen Four for the third time in program history. Andrew will be the highest CBJ draft pick to play in the Frozen Four.

There you have it folks, a week in the US part of the world of CBJ prospects. Next week, I will have an AHL/USHL only recap and then we’ll recap the CHL playoffs whenever round one ends.