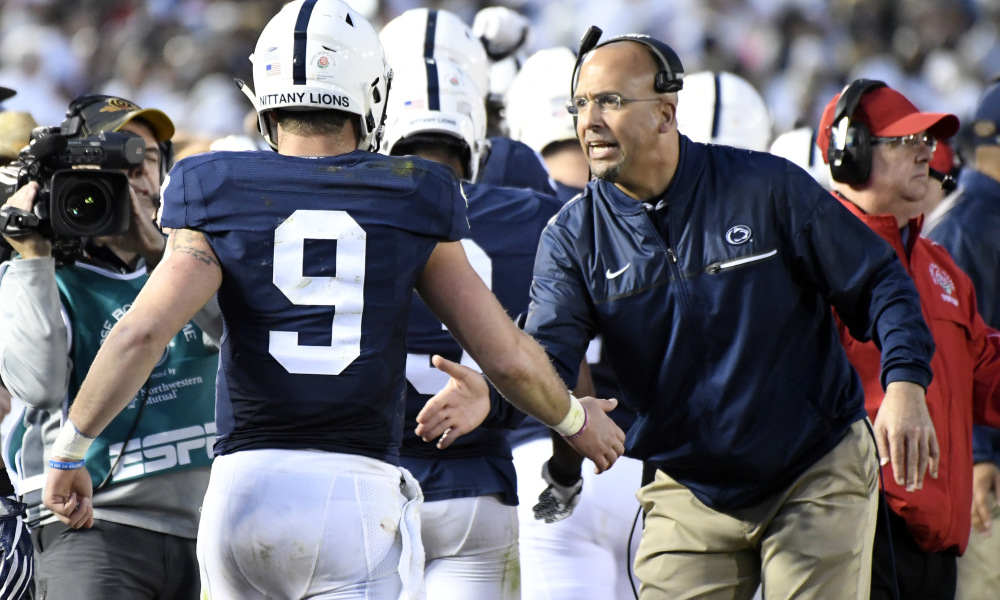 It’s now been almost two months since James Franklin signed in his very successful 2017 recruiting class, but his 2018 class has the chance to be even better. The class currently ranks second nationally, first in the Big Ten, and has 11 commits. The class size is expected to be between 18-23, very similar to the last year’s class.

We’ll now take a look at who is already in the class, and who could be filling what James Franklin hopes is a top five nationally ranked class.

Penn State has a stud committed to be their QB of the future in 4 star, 5 star according to ESPN, Justin Fields. The 6’3 220 pound dual threat signal caller is from Georgia, but chose the Nittany Lions back in December of 2016  over his hometown Georgia Bulldogs, and 35 others which included Alabama, LSU, Oregon, and Tennessee.  He is the perfect combination of speed and strength and will excel in Joe Moorhead’s system, fans should be excited about this kid.

Like the quarterback position, Penn State already has an elite talent committed at the running back position.4 star all purpose back Ricky Slade committed to Penn State back in February over 25 others which included Clemson, Florida, Miami, Ohio State, and Pitt. Slade,a Virgina native,  comes in at 5’9 195 pounds and posses a great combination of running ability and pass catching. We saw first hand last season how important the running back is to  the offense in Moorhead’s system, making Slade a perfect fit.

Penn State has one receiver committed in 4 star Justin Shorter. Shorter, whose name is ironic considering his 6’4 210 pound frame, is from New Jersey and currently holds 16 offers. He will be a big red zone target for Fields. Penn State is targeting plenty of talent at this position, most notably 4 star and in-state recruit Shaquon Anderson-Butts and 4 star Maryland Prospect Daniel George. Both are considered Penn State leans at this time. Anderson-Butts is teammates with Penn State commit Micah Parsons, which helps the Lions efforts with the wide out. Penn State is also recruiting Warren Thompson out of Florida, but he is expected to stay in state, other targets include legacy Solomon Enis out of Phoenix, Arizona and Philadelphia prospect Darryle Simmons. Franklin and receivers coach Josh Gattis would be pleased to get any three of these talented pass catchers.

We saw just how well Mike Gesicki played in this new offense, and that caught the eye of two elite tight ends in this cycle. Zack Kuntz from Camp Hill, PA is considered the top tight end in this class with his huge 6’8 220 pound frame. The 4 star holds an impressive 17 offers that include Alabama, Michigan, Notre Dame, Ohio State, and Oregon. Joining Kuntz will be another 4 star in Massachusetts standout Pat Freiermuth (6’5 250), who committed back in August. Freiermuth is the second elite tight end to join the Nittany Lions in three years from Massachusetts as 2016 signee Danny Dalton is also from there. In case of a decommitment, Kyle Pitts, a 3 star from Warminster, PA is a name to watch.

Penn State has one tackle committed in Chris Bleich, a 4 star from Plymouth,PA, Bleich has been committed for almost a year, but the 6’6 300 pound prospect has shown interest in other schools. Bleich is a big time talent and would improve an already young and talented group. The Nittany Lions are recruiting a handful of tackle including 4 star Nana Asiedu from Stafford Virginia, he is expected to pick Clemson, but Penn State is still in the mix. Other tackles include 4 star Rasheed Walker out of Maryland, this one looks like it will be between Maryland and Penn State, and Bryce Effner a 3 star from Illinois. At guard, Franklin and staff are focussing on Fredrick Scruggs, a 4 star from Erie, Pennsylvania. Scruggs, 6’3 270, is very high on Penn State’s target board, they will have to battle off Michigan State and Ohio State to land his services. With the amount of talent Penn State has at guard, there wouldn’t be need to take more than one guard, two at the most, the staff will probably focus more on the tackle position.

Penn State does not currently have a defensive tackle committed, but after taking two in the 2017 class, it is likely that only one is taken in the 2018 cycle, unless there is an opening. Right now, Penn State is recruiting five local DTs in 4 star Tyler Friday(6’3 260) from New Jersey, 4 star Matthew Jones (6’4 305) from Brooklyn, New York, 4 star Austin Fontaine(6’2 312) from Maryland, 4 star P.J. Mustipher(6’6 285) also from Maryland, and 4 star Aeneas Hawkins(6’3 265) from Ohio. Penn State is best positioned to get either Fontaine or Hawkins, the latter announces May 10. Penn State is battling Ohio State for almost all of these prospects, so if the Buckeyes get one or two of them, the Nittany Lions should get one, but they would jump at the opportunity to sign two of these talented recruits if it presented itself.

Penn State has loaded up on defensive ends lately, and the 2018 class is no different. Right now, Penn State has one DE committed in 5 star and in-state prospect Micah Parsons. He is considered a top 5 player in this cycle. Penn State has actually offered Parsons to play offense as well, because he is an incredible athlete and plays running back for his high school. Parsons is still taking visits which is expected with a prospect as highly coveted as himself, but he is still standing by his commitment, which is good news for all of Nittany nation.Penn State is recruiting plenty of other DEs including Dorian Hardy, a 6’5 245 pound 4 star from Paramus, New Jersey. Penn State is in the thick of it with Alabama with LSU and Florida also in the mix. Penn State is also recruiting another New Jersey DE in 3 star Marcellus Earlington(6’4 260), the Nittany Lions are in good positioning with Earlington. 4 star Tyreke Smith out of Cleveland, Ohio is another top defensive end being recruited by the Nittany Lions, it’s looking like he’ll chose the Buckeyes, but he’s a name to remember. John Morgan out of DeMatha Catholic in Maryland may follow in the footsteps of another DE Shane Simmons who attended DeMatha and goes to Penn State, the 3 star is hearing a lot from the hometown Terps, but the Nittany Lions remain in the mix.

Depth at the linebacker position was an issue in 2016, so the staff is responding by bringing in three ‘backers in 2017 and already have three committed in the 2018 class and are pursuing more. Penn State has one inside linebacker committed in 4 star Nick Tarburton(6’4 240) and two outside linebackers in 4 star Jesse Luketa(6’3 225) and 3 star Charlie Katshir(6’3 198), these three have plenty of talent and upside and should help Penn State continue the Linebacker U legacy. Penn State is recruiting three Ohio linebackers to join these three Pennsylvania commits in this group. They are 4 stars Dallas Grant and Xavier Peters, and 3 star Brian Asamoah. As expected, Penn State will have to battle Ohio State for Grant and Peters, but they should like their chances to land one of these three.

Penn State took one safety last year to replace the void left by Malik Golden, but they will have to replace Marcus Allen and add some depth after this year. Right now Penn State has one safety committed in 4 star and legacy Isaiah Humphries from Sachse, Texas. Penn State is hoping to add 4 stars Isheem Young out of Philadelphia and Kwantel Raines from Aliquippa. Penn State is in very good position with Young, but it looks like Raines is a Pitt lean at this time. Penn State will probably only get two safeties, but they’ll be more than happy if they could get all three of these prospects.

Penn State loaded up on corners in the 2017 class taking four, so its expected that they only take one in this cycle. They may not have to wait long to get this cornerback as 3 star Trent Gordon from Manvel, Texas is expected to commit tomorrow and the Nittany Lions are the favorite. Gordon comes in at 5’11 172 pounds and adds depth to a position that is starting to become a strong point for the Penn State defense.

As always stayed tuned as we cover what could be Penn State’s highest ranked recruiting class ever. A lot can change in a short amount of time in recruiting so expect this big board to change by the time we reach Signing Day 2018. 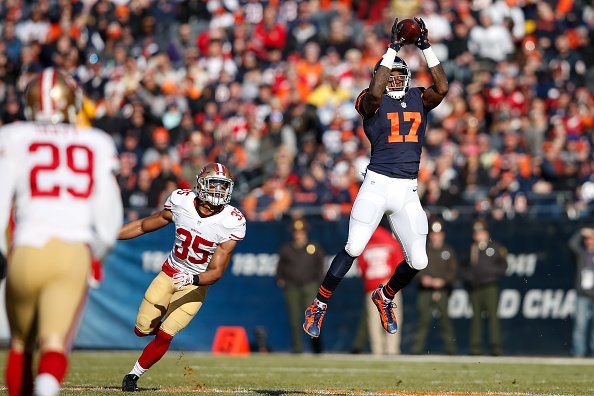