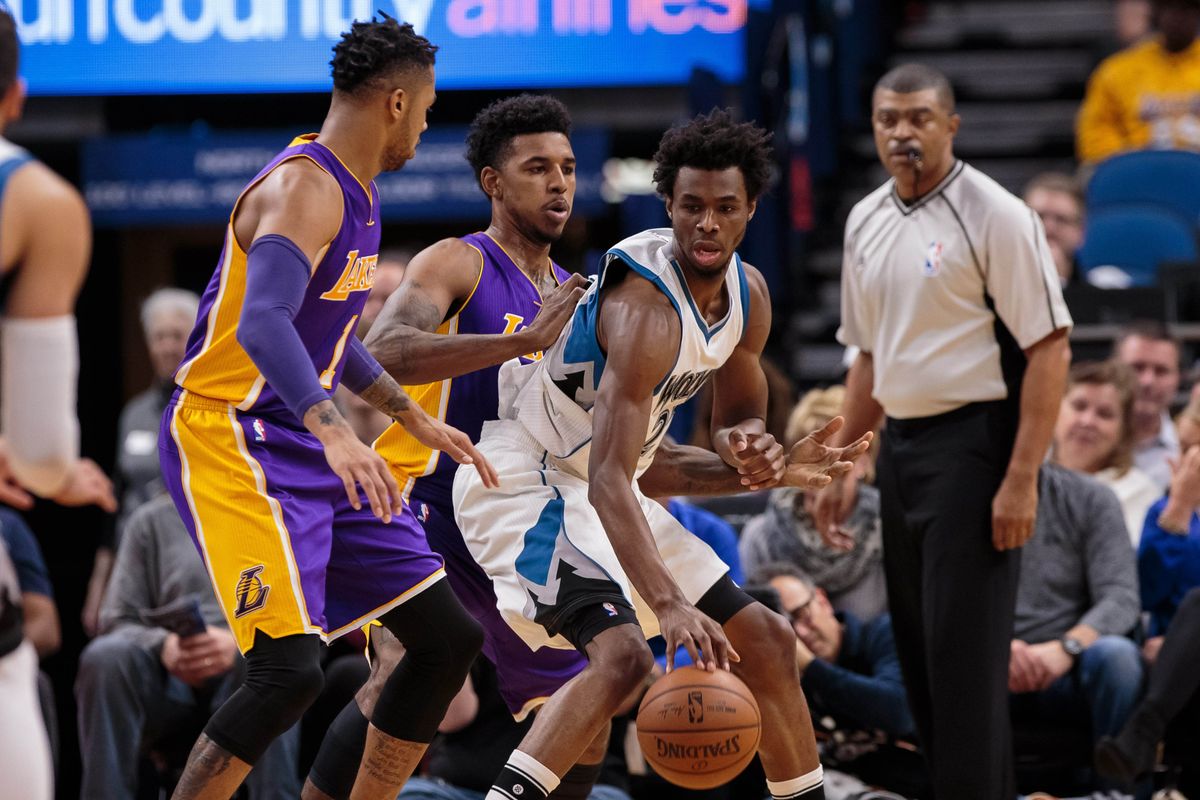 The Minnesota Timberwolves (29-44) are back home after a 3-game road trip, and take on the Los Angeles Lakers. The Wolves are fresh of a narrow 115-114 win over Indiana on Tuesday night. Ricky Rubio was the hero of the game, making the game-deciding three free throws to put Minnesota over the top in the final seconds. Rubio ended with 21 points and 10 assists on the night.

Los Angeles (21-53) last played Tuesday night as well, as they lost to the red-hot Washington Wizards 119-108 at home. The Lakers don’t have anything to play for, except to play themselves out of games, in an attempt to furthermore solidify their top-3 spot in the lottery for the upcoming draft. Players like Loul Deng, Timofey Mozgov, and even Nick Young are all healthy scratches, or officially shut down for the rest of the season. Young guys like Larry Nance Jr., Ivica Zubac, and Brandon Ingram all get extended run as well to build for the future.

The last meeting between these two came recently, March.24 in Los Angeles, as Wolves fans witnessed another blown double-digit lead. Up 15 points at one time, Minnesota eventually lost 130-119 as the Lakers made a late surge to force overtime, and complete the come from behind win.

Jordan Clarkson was on fire, scoring 35 points while connecting on 8 three-pointers out of 10 attempts for a career best. Julius Randle bullied his way down low for 23 points and 12 rebounds in the L.A. victory.

For the Wolves, Andrew Wiggins led the team in scoring, finishing with a game-high 36 points. Wiggins also added 5 rebounds and 2 assists to the stat line. Karl-Anthony Towns followed with 25 points and 13 rebounds.

(All stats found on nba.com, Wolves PR, and basketball-reference.com)