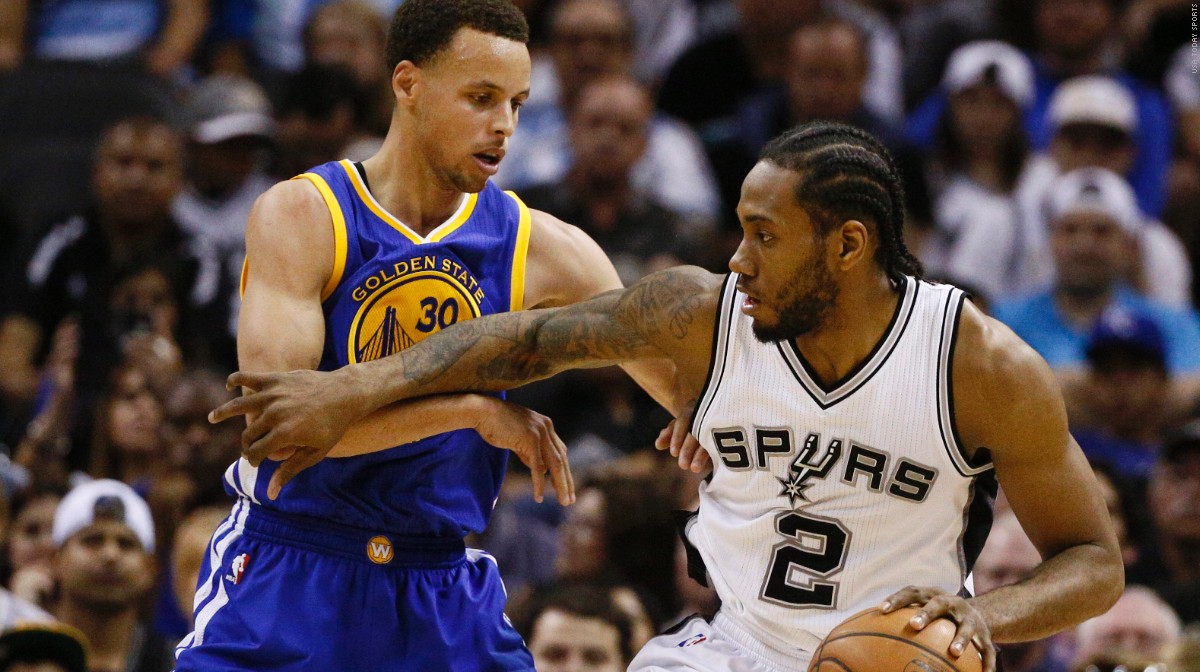 The San Antonio Spurs could not take advantage of a sizzling start as they fell 110-98 to the Golden State Warriors at the AT&T Center on Wednesday night in the final matchup of the season between the two teams.

Kawhi Leonard scored 19 points, but struggled with the Golden State defense as he shot 7-of-20 from the floor. LaMarcus Aldridge added 17 points, while Manu Ginobili chipped in 18 points off the bench for San Antonio, who trail the Warriors by 3 1/2 games for number one in the Western Conference.

San Antonio opened the game strong, going up 23-3 in the opening quarter and would lead by as many as 22 points. Golden State would rally as they cut the deficit to three at halftime and took their first lead of the night just over a minute into the third quarter.

The Warriors were led by Stephen Curry’s 29 points.  Klay Thompson had 23 and Andre Iguodala chipped in 14 off the bench for Golden State (61-14), who took sole possession of first place in the league.

Stephen Curry is Project Spurs’ Player of the Game. We all know Curry’s offensive threats, but in this game he dished out the ball to his open teammates as San Antonio’s defense collapsed on him. That just makes him even more dangerous we near the postseason.

Up next: The Spurs are now 57-17 on the season and will return to the court on Friday when they travel to Oklahoma City to face the Thunder at 7 p.m.