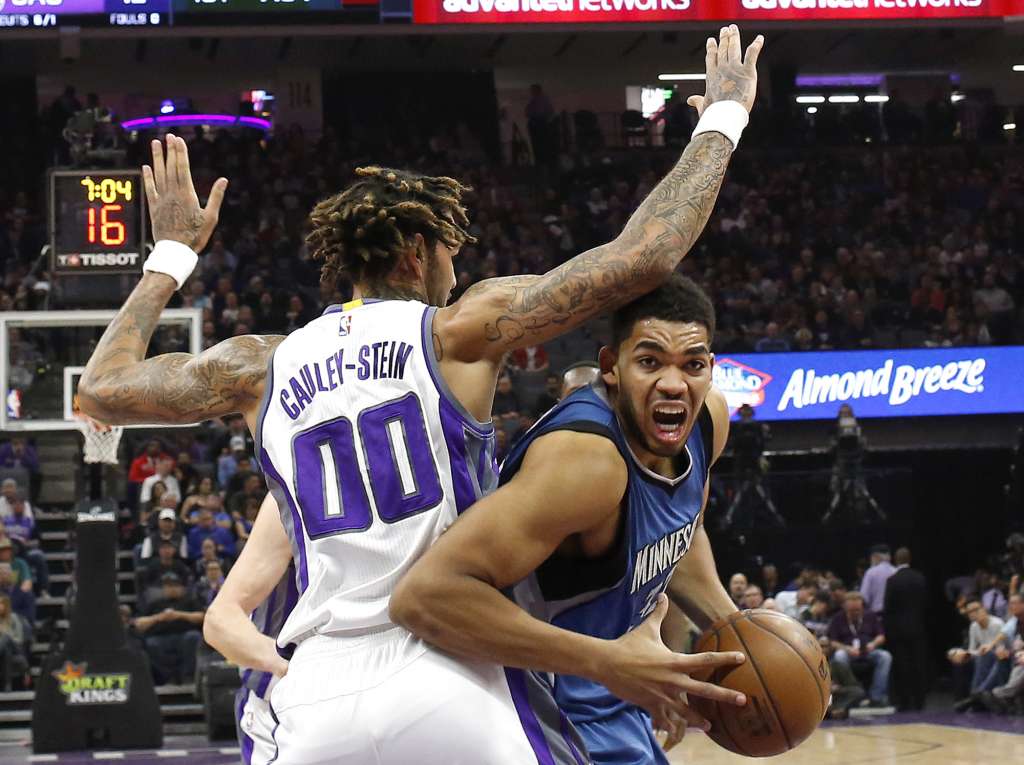 The Timberwolves (30-44) will look to add another win late in the season tonight as they meet up with the Sacramento Kings at home. Minnesota is coming off a 119-104 win over the Lakers Thursday night, as Ricky Rubio exploded for a career-high 33 points. Rubio also added 10 assists to net the double-double.

Sacramento (29-47), enters the contest coming off a 117-89 defeat at the hands of their former star big man DeMarcus Cousins and the visiting Pelicans. The Kings are 4-6 in their last ten games, and have lost the previous two. There are a lot of bodies expected to be rested tonight for the Kings as well.

The most recent outing between these two teams took place back on Feb. 27 in Sacramento, as the Wolves dominated, winning 102-88. Karl-Anthony Towns had a monster game, posting 29 points and 17 rebounds to go along with 3 blocked shots.

For the Kings, a trio of Ben McLemore, Kosta Koufos, and Willie Cauley-Stein all scored 14 points a piece to pace the team in a balanced scoring effort.

While point guard Ricky Rubio has been on a tear lately scoring and dishing the ball, we can’t forget about big KAT down low. In his past 10 games, Towns has scored 30+ points in 6 of them, while shooting 56.6% in that stretch. He is averaging 29.0 points per game in that time frame as well. Some impressive numbers from the Sophomore, who can only get better over time. Look for him to have another big game against the lowly Kings tonight down low.

(All stats found on nba.com, Wolves PR, and basketball-reference.com)