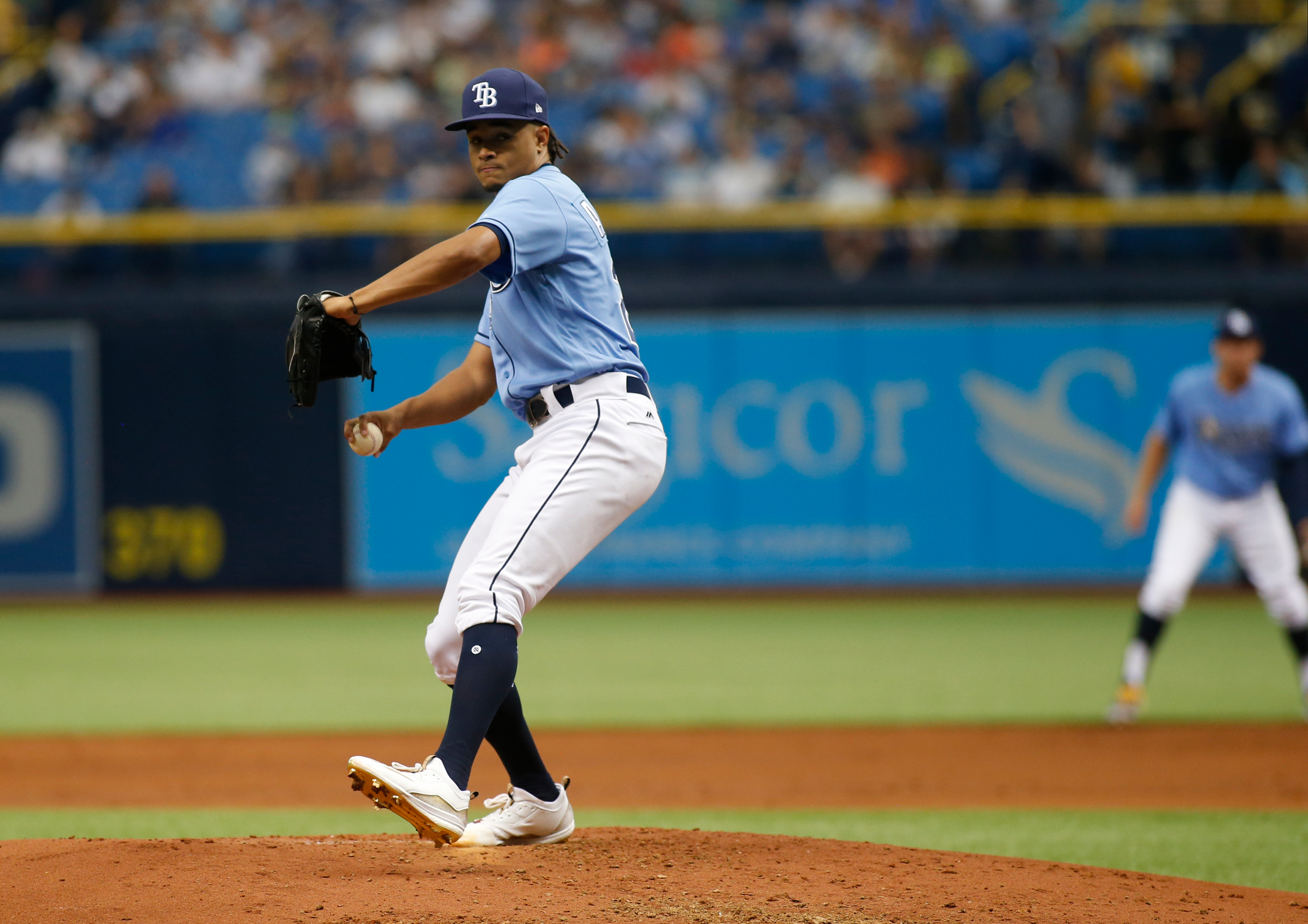 It’s impossible to draw conclusions from one game out of a 162-game season. Heck, we know that even a strong first month doesn’t necessarily mean the next five are going to be smooth. But what one game can do — especially on Opening Day — is set a tone that a team can start to get behind.

That’s what Chris Archer was successful in doing during the Tampa Bay Rays’ win over the New York Yankees. This was Archer’s third Opening Day start with Tampa Bay, but his first victory. When looking at parts of his pitching line from Sunday compared to the 2016 season opener, though, one may think last year’s performance was more dominant.

Last season against the Toronto Blue Jays, the right-hander allowed 3 runs (2 earned) on 5 hits, 3 walks and 12 strikeouts. This year, he allowed 2 runs on 7 hits, 1 walk and just 5 strikeouts. There was one really important difference, though.

Going Deeper Into the Game

It seems like a pretty simple thing, but Archer pitching deeper into the game made all the difference in helping the Rays come out victorious. Sure, scoring all seven of their runs in the first three innings helps relax a hurler, but he was also much more efficient with his pitch count.

In 2016, it took him 107 pitches to get through five innings of work before getting yanked. This time around, it took him 108 pitches to complete seven solid frames before finishing his day with an exclamation point.

After loading the bases in the seventh, Gary Sanchez walked up to the plate with a chance to get New York back into it. Instead of going to the bullpen, Rays manager Kevin Cash kept his ace and was rewarded for his confidence. This was the most important juncture of the game, but it was huge for Archer because this was something he didn’t do for quite a while last season.

Getting off on the Right Foot

As we mentioned earlier, getting off to a good start guarantees nothing, but there is no ballplayer in sight that still wouldn’t take it.

Archer did pitch into the seventh inning in his fifth start last season, but didn’t actually complete seven until he lasted for eight in a losing effort on May 27, which was his 11th start.

So, it took him two full months to do this in 2016. that’s not exactly what a manager wants to see from their ace, because if there’s someone the bullpen can look to on any given day and think they’ll get a bit of a breather, it’s supposed to be them.

Setting this kind of tone in Game 1 could very easily put things into a different perspective for Archer. He went through a tough April last year, posting a 1-4 record with a 5.01 ERA, 1.58 WHIP, 4.69 FIP and .357 wOBA en route to accumulating a league-leading 19 losses.

Having a good first month and consistently getting into the sixth and seventh inning may not do much for the rest of this year, but if it’s a trend he can continue, it’ll save the bullpen on days he pitches. And obviously, that’ll help the Rays as the season wears on.

While the overall 2016 numbers didn’t end up where Archer or Tampa Bay would’ve liked, they at least got to see him dominate throughout the second half and end with a flourish.

Here’s a quick look at his splits from before and after the All-Star game.

Clearly, he hit his stride in the summer and rode that wave through to the end of the season. And on Sunday against the Yankees, it was more of the same — he kept the ball in the yard and generated a 50% ground-ball rate, which was virtually identical to what he did in the second half of 2016 (50.2%).

Again, it’s only one game, but it was a great sign for the Rays to have Archer set the tone on Opening Day by going deep and helping his squad secure a win.

Will this particular performance matter in three months or so? It might, but it might not. What does matter is Archer kept the momentum going from last year’s strong second-half performance into the 2017 campaign. Now he just has to keep things moving in the right direction.

The offense has to play to expectations, but Tampa Bay will ultimately go as far as their pitching and defense will carry them. Chris Archer is at the forefront of that and just showed the rest of his fellow hurlers what they need to do upon taking the mound this week.