Twins 7, Royals 1 - Baseball is here, and the Twins have a win 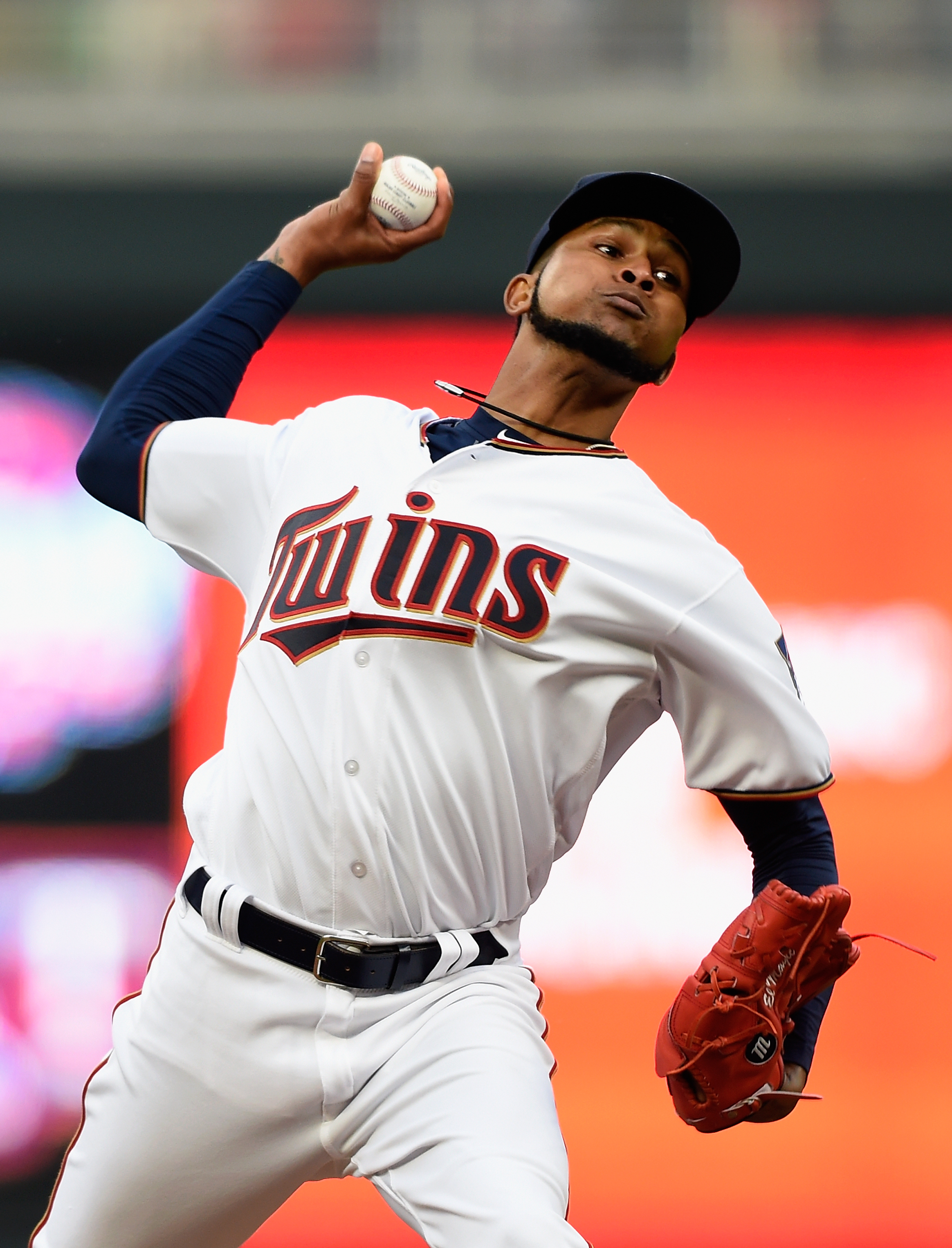 Twins 7, Royals 1 - Baseball is here, and the Twins have a win

MINNEAPOLIS, MN – APRIL 03: Ervin Santana #54 of the Minnesota Twins delivers a pitch against the Kansas City Royals during the first inning of the Opening Day game on April 3, 2017 at Target Field in Minneapolis, Minnesota. (Photo by Hannah Foslien/Getty Images)

Welcome to the first Twins Target recap. I was out of town yesterday (Great timing, yes), but usually, the recap will be a bit more timely. Here’s how they are laid out: “The Moment” highlights the biggest swing in Win Expectancy, as told by FanGraphs. “The Hero” is the player with the highest positive WPA, while “The Goat” belongs to the player with the greatest negative total. “The Soundtrack” is just me talking about whatever is playing at the moment I am writing, and “The Story” is whatever else I need to mention in the recap. Ready? OK, here we go.

The Moment – The Twins scored 6 runs in the 7th inning, but it was when they drew level in the 4th that saw the biggest individual swing. Miguel Sano tattooed a Danny Duffy pitch, and it would remain 1-1 until the 7th

The Hero  – You know, Ervin Santana was not the pitcher I was expecting to see start the year by leaning heavily on his defense. The Twins’ opening day starter struck out 3 in 7 innings, which isn’t very impressive, but the 2 hits he allowed is pretty good. Sure, Byron Buxton was the one who could claim credit for some of that hit prevention, but the unseeing eye of WPA gives all that credit to Santana.

The Goat – The Twins scored their next 6 runs in a way that reminded nearly everyone of the Twins bullpen. There were three bases loaded walks and a couple of run scoring singles, but the pitcher that loaded the bases and walked in the first run, Matt Strahm, will get credit for being todays goat.

The Soundtrack – CBS Sports Radio. Usually, it will be music, but I was out of commission last night, and a lot happened last night. Right now, they are lamenting the fact that the NHL will not be participating in the Olympics. That is pretty dumb.

The Story – Baseball is back! And it’s actually exciting this time! After the last season started 0-9, the 2017 year started off with a significantly more gratifying result than last year. Perhaps it helped that they put enough distance between themselves and their opponent that they didn’t need to lean on Kevin Jepsen. Obviously Jepsen isn’t here anymore, but Matt Belisle and Brandon Kintzler could work without any pressure, given their team’s 6 run lead.

The Twins offense wasn’t bad, as they were able to feast on the Royals suddenly weakened bullpen. The Twins had 8 hits and took 7 walks, with Jason Castro and Jorge Polanco reaching base three times, and Castro and Miguel Sano each got credit for two runs batted in. The quirkiest perfomance of the day went to Robbie Grossman, who didn’t put a single ball in play. He had 2 walks and three strikeouts. Byron Buxton, despite his glovework, inspired no confidence at the plate, striking out three times himself.

Pregame, the big story was the lineup that Paul Molitor put forth. Joe Mauer batted cleanup. Buxton was batting third. Brian Dozier led off while Miguel Sano hit fifth. This was an aggressive strategy, putting so many table setters together, but curiously putting them between Dozier and Sano, rather than all in front of the two big sluggers. Post game, the talk is about how the Twins won.

One story that I have a feeling will be be ignored, mostly because the Twins won, but also because too many people still appreciate “good hustle”. The 7th inning, where they scored all their runs, almost didn’t happen because of ham fisted, moronic, old style thinking. It reeked of low confidence, either from management or the batters at the plate. The Twins tried to give away two outs, first with a Max Kepler bunt, which turned into a single when he beat it out, and again with an Eddie Rosario bunt. The Twins could, logically, have scored more runs if they hadn’t given up that first out for nothing. In fact, they did almost all of their damage with two outs after Buxton struck out.

The Twins were lucky that they could keep on scoring, but they need to know that won’t always be the case. They were too early in the game to think they could play only for one run, especially with as bad as their bullpen is. They have too much offensive firepower to play that conservatively before the 9th inning.

I’ll let it slide this time.