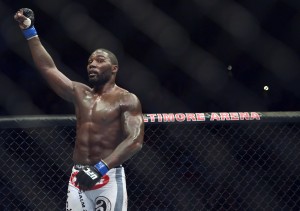 Rumble Johnson’s second foray into the Octagon has been a smashing success thus far.  But he just couldn’t get over the hump.