Is Francisco Lindor Adding Legit Power to His Arsenal? 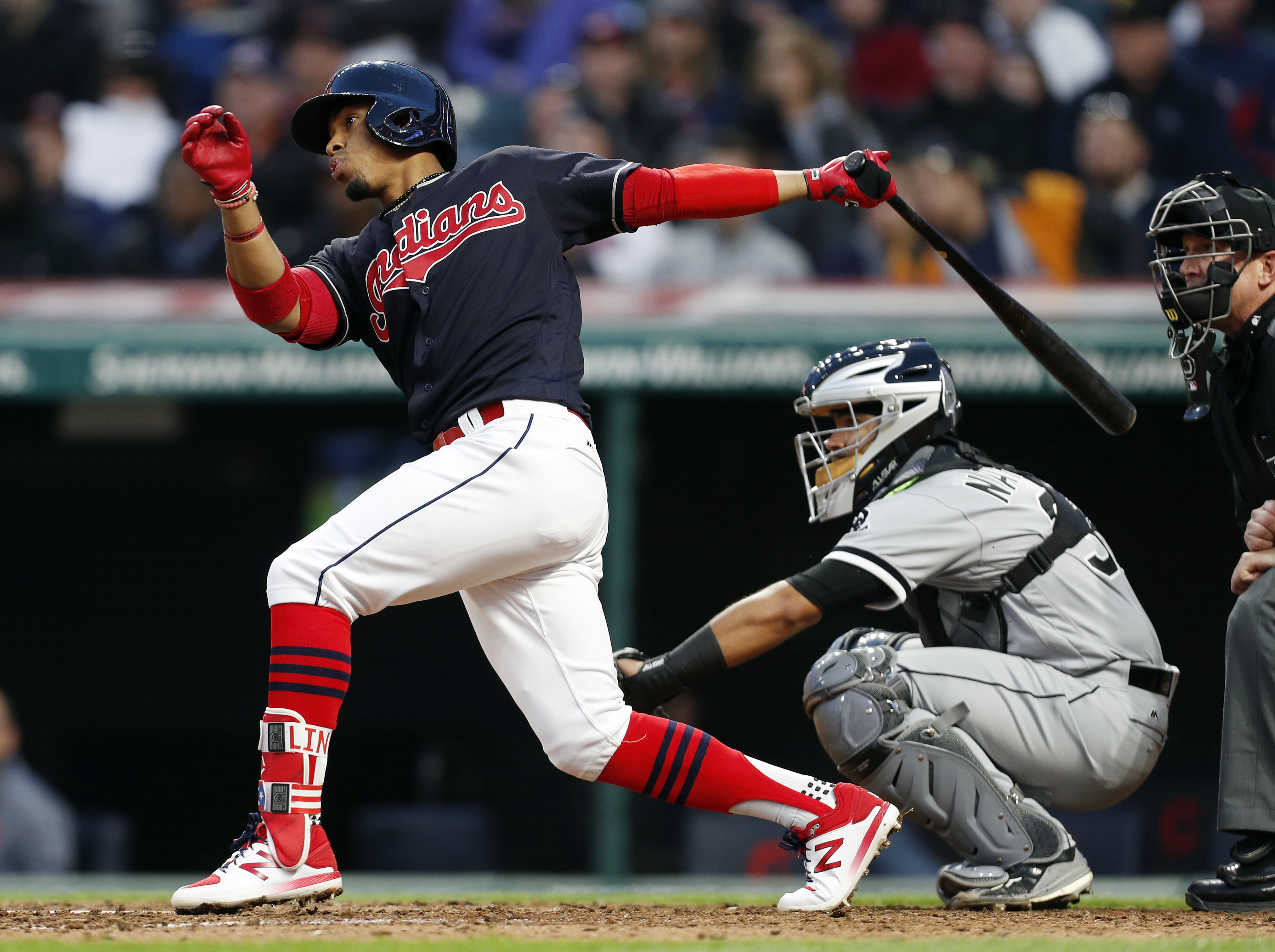 Is Francisco Lindor Adding Legit Power to His Arsenal?

The first two seasons of Francisco Lindor’s MLB career couldn’t have gone much better – especially when specifically talking about his individual performance. He’s paired Gold Glove defense with more-than-adequate production at the plate, but if we had to nitpick, his offense did take a slight step back last year compared to his rookie campaign.

Despite getting over 200 more plate appearances to work with, his wRC+, Isolated Power (ISO), wOBA and OPS all dropped.

Entering his age-23 campaign, we know there’s room for growth as he continues approaching his physical prime. Could we be seeing that already with an early-season power binge?

Some could obviously look at this hot start and call it just that – we’re dealing with a small sample size, after all. And they’re not wrong – we’ll indeed have to wait a bit to see how sustainable his current performance is.

But what have been the reasons behind his fast start in the power department this year? Is it just a hot streak or could it be a sign of growth from the young shortstop?

This seems pretty obvious, but we’ll say it anyway – increases in fly-ball rate and hard-hit rate are typically needed to see a spike in home runs.

We’ve got a very uneven sample size when comparing Lindor’s 2017 to his other two seasons, but it’s interesting to see just how much different this current stretch has looked.

He’s been a valuable offensive asset for the Cleveland Indians since the day he debuted, but his power potential has been capped because of the frequency in which he put the ball on the ground. From 2015-16, Lindor produced a 49.8% ground-ball rate and a 28.5% fly-ball rate, both of which were on the wrong end of the spectrum when compared to other qualified hitters.

Based on what we’ve seen from Lindor thus far in his career – keeping both the above rates in mind – the current pace he’s on is certainly unsustainable. Could there be any overall growth in fly-ball rate and hard-hit rate once his numbers stabilize, though?

A quick glance at Lindor’s production from last year doesn’t shed any light on him progressing in these departments like he has. His BABIP barely changed (.326 in first half to .320 in second half), but his ISO dropped from .154 to .109 and his homer-to-fly-ball ratio went from 12.7% to just 6.9%.

But if we drill down to his monthly production, that’s where we can see this trend potentially starting to emerge.

It took all the way until the final month of the regular season, but that’s when he produced his lowest ground-ball rate, highest fly-ball rate and highest hard-hit rate of the year. These trends didn’t lead to a late-season spike in homers, but seeing the numbers do this can at least partially explain what’s going on right now.

Another area that can help do this would be his newfound selectivity.

What’s the best possible scenario for a young hitter working on their plate discipline? Well, it’d be to swing at fewer pitchers (preferably the ones outside the strike zone) while making contact at the same – or hopefully, better – rate.

That’s exactly what’s going on with Lindor at the moment.

No, we haven’t gotten to the point where plate discipline numbers start to stabilize for this season, but the below table can show the trend he’s been on since 2015.

So, chasing fewer pitches means swinging at more that provide him the best chance at success. Although his .292 BABIP is below his career mark (.332), this explains the huge uptick in hard contact so far in 2017.

Any way you slice it, we come to the same conclusion: Francisco Lindor is really good at baseball, and at his age, the sky is the limit. From an offensive standpoint, he appeared to be a hitter that did a lot of things well, but there wasn’t one thing in particular that stood out from the rest.

The above numbers we touched upon will almost certainly regress at a certain point – that’s just how baseball works — but this power surge from Lindor is something we haven’t yet seen from him in the big leagues. It’ll be interesting to see how much of it sticks once he accrues more plate appearances.

He was already one of the most important hitters in manager Terry Francona’s lineup this year, but if his increased power is legitimate and he turns himself into a 20-20 or even 30-30 candidate, he’ll become even more vital to what Cleveland accomplishes this year.