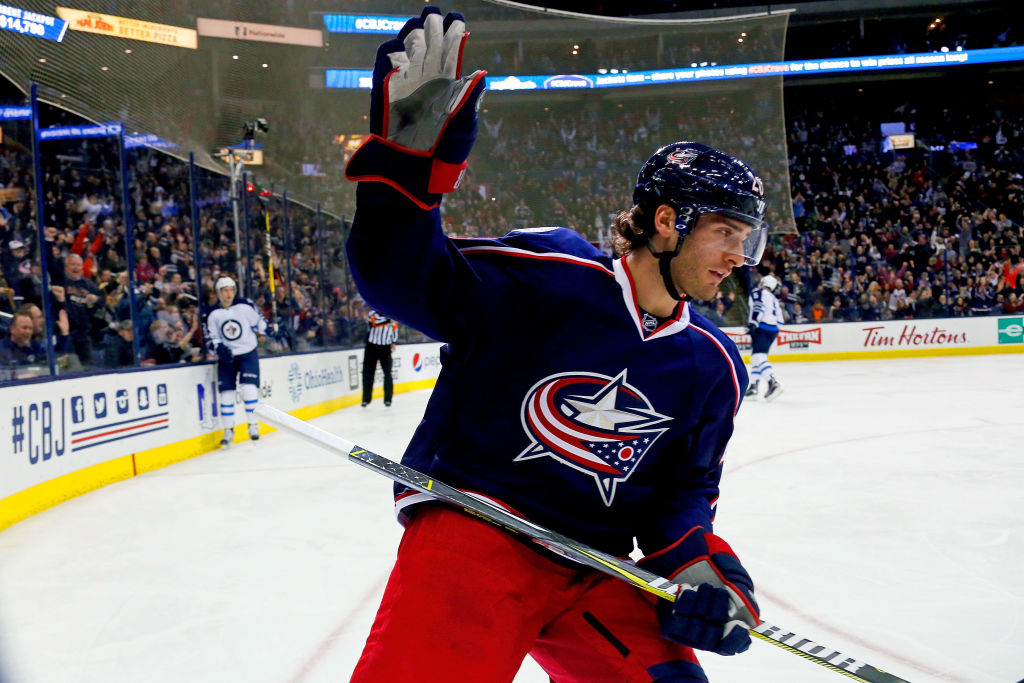 Wednesday night in Pittsburgh didn’t end well for the Columbus Blue Jackets. A 3-1 loss put the home team in control of the opening round playoff series, and put the visitors in a tricky spot. While Marc-Andre Fleury was making his last saves, Wednesday’s game had already ended for one member of the Columbus team, something that came as a surprise. Brandon Saad played just two shifts in the third period against the Penguins, and didn’t see the ice after the 5:43 mark of the final frame (via the NHL shift report).

Alison Lukan shared a practice notebook from Pittsburgh yesterday on the Blue Jackets’ site. In that article, Saad and Coach Tortorella both commented on the ice time allotted the left winger. John Tortorella remarked, “I was going with who I thought at that particular time was going.”

One of the key takeaways from Game 1 on a team level: a lack of scoring chances for the Blue Jackets. There are different ways to assign blame or credit to this issue for Columbus. Were the Jackets ineffective at creating chances? Were the Penguins playing a superior brand of shutdown defense? Regardless of the true root cause, the picture isn’t encouraging.

To illustrate the lack of slot opportunities, we can look at the 5v5 shot heat map from Natural Stat Trick’s game page.

The shaded areas in the region with the CBJ logo represent unblocked shot attempts generated by the Blue Jackets. You’ll note that Columbus didn’t spend much time around the crease. The fact becomes more curious when observed in contrast to prior CBJ games against the Penguins. Go take a look at the Natural Stat Trick page for February 17 (PIT at CBJ). The rink is flipped (CBJ is the host team), and on the right we can see the Jackets generating pressure near the net.

What’s the solution to Wednesday’s woes? I would suggest, in part, more ice time for Brandon Saad.

Here’s my reasoning: Brandon Saad is the best forward on the Blue Jackets. It’s a bold statement, and one I’m willing to defend.

Brandon Saad’s arrival to Columbus came with performance hype and contract hype. Here was a two-time Stanley Cup winner, acquired with big asset cost, and given the biggest yearly cap hit contract on the team among skaters (via Cap Friendly). So has Brandon Saad lived up to the lofty expectations?

In order to answer, I think we have to calibrate our realities. This season, only one player touched the 100 point mark in the NHL. Nobody else is in the McDavid conversation right now.

Meanwhile, this season, only 54 total forwards managed 24 goals or more (via Hockey-Reference). If that talent was distributed evenly, each of the 30 NHL teams would employ only one or two 24-goal scoring forwards per team. Scoring 24 goals was, by definition, a first line accomplishment in the 2016-17 NHL. That achievement was not far from being a once-per-team event.

Saad excels in many statistical categories, so let’s explore a rundown of his offensive output during the 2016-17 season.

On both graphics, the actual number performance is listed under Result. Saad’s rank among all NHL forwards (NHL F Rank), and the frequency of forwards per team are listed in the rightmost columns. In particular, NHL F Per Team is NHL F Rank divided by 30 NHL teams – it’s not a perfect distribution, but helps give context to rarity of performance.

The takeaway? Brandon Saad is an across-the-board positive contributor to the Blue Jackets. He’s getting a lot of goals, he’s a net positive shot differential player (both overall and relative to team), and he’s scoring chance machine.

The league-wide context reveals that Saad is unquestionably a first line forward. Five of the offensive metrics provided put Brandon Saad in a once-per-team-or-better category, revealing the value Saad provides to his team. The worst of Saad’s ranking performances (total points, and total points per game) still place him in a three-times-per-team strata. It’s worth noting, Saad’s point totals come without much powerplay contribution (he’s not on the first powerplay unit, and only has 3 powerplay points this year). That he’s talented enough to accumulate so many points suggests the team might benefit from Saad getting more time on the man-advantage.

The biggest item for me: ISCF/60, which is individual scoring chances for per 60 minutes. Saad is the 16th best forward in the NHL at generating scoring chances (normalized for time on ice). In Wednesday’s game, the Blue Jackets struggled to generate scoring chances. In the third period, the game was not out of hand but the best CBJ scoring chance option was left on the bench.