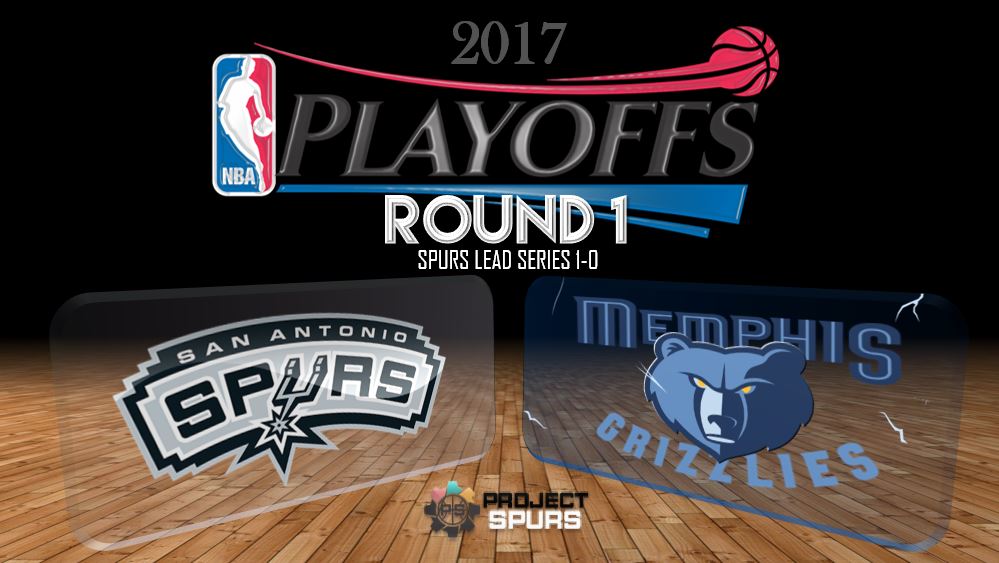 The San Antonio Spurs showed why they are serious title contenders in the first game of their playoff run, blowing the doors off the Memphis Grizzlies by a score of 111-82.

The Spurs started slow, but put on a clinic in the final three quarters en route to victory. San Antonio’s suffocating defense helped turn the game around, and Kawhi Leonard led the charge on offense. Tony Parker had a vintage performance, LaMarcus Aldridge kicked in 20 points, and the Juice Unit closed the game out, allowing the starters to get some rest.

Memphis’s strategy from the jump was simple but effective; run the offense through their two best players. Marc Gasol and Mike Conley started the game a scorching-hot 9/10 from the floor, pushing their team to a 13-point lead early in the game. Tony Parker had a difficult time staying with Conley defensively, and the younger Gasol was completely dominant.

For the Spurs, the early focus seemed to be on getting guys like Parker and LaMarcus Aldridge involved and in a groove early. San Antonio trailed 22-9 seven minutes into the game, but Kawhi and the Spurs’ bench started to chip away once Conley subbed out. The Spurs’ MVP candidate was effective in limited touches. Kawhi shot 5/5 from the floor with four assists in the quarter.

Danny Green has two pet snakes, boa constrictors to be more specific. The boa constrictor kills by wrapping itself around its prey and literally squeezing the life out of it. Green looked like one of his pets on Saturday night, twisting the Spurs’ defensive vice tighter and tighter to suffocate the Memphis offense in the latter stages of the game.

After Conley had his way with Parker in the first quarter, Coach Popovich decided to give Green the all-important defensive assignment. Conley shot just 1/10 after Green became his primary defender, and the rest of the offense suffered because their primary playmaker was neutralized. Marc Gasol got his, posting 32 points in 34 minutes, but he can’t set up teammates the way his point guard can. The Grizzlies offense stalled out completely.

Many wondered if Tony Parker was going to be able to “flip the switch” and turn up his scoring in the playoffs. If this game is any indication, the answer might be yes. He looked like his old self as he attacked the rim aggressively and scored 18 points on 8/13 shooting.

He hit a few clutch shots to take the lead when the game was still close, and it was all working from the paint to the corner and everything in between. He used his patented teardrop floater to pass Larry Bird on the playoff scoring list, moving to ninth all-time.

If Parker can continue to score and reliably knock down open threes, it makes his team that much more dangerous as the playoffs continue.

Leonard must have been licking his chops knowing that Tony “First Team All-Defense” Allen would miss this series. Leonard put up 32 points in Game 1 on just 14 shots, shredding any defender that tried to get in his way. He added a team-high five assists and two steals, showing why he’s considered one of the best all-around players in the world.

Leonard scored in a multitude of different ways, drilling pull-up jumpers and fadeaways, getting to the rim, and finishing near the basket with crafty hook shots. He also made all nine of his free throw attempts. Memphis simply did not have an answer for Kawhi.

Do u ever just sit and think about how good Kawhi Leonard ishttps://t.co/Sflu89crqT

He took the game over in the third quarter, upping his usage rate to 35% and willing the ball into the basket. His offensive onslaught combined with a total team effort on the defensive end of the floor put San Antonio up 20 headed to the fourth quarter.

Kawhi took over the game and buried Memphis with 15 in the third.pic.twitter.com/I92odTNY9Y

The starters played well enough to earn some late rest, and the young Spurs got a chance to seal a win in the fourth quarter of a playoff game. The Juice Unit came out ready to play, building the lead up to 36 in spectacular fashion. The star of garbage time was undoubtedly Jonathon Simmons, who brought the juice on both ends.

Idk whats better, Kawhi burying the opponent or Juice dancing on the gravehttps://t.co/7976FgFeHn

Few things are as enjoyable as watching Simmons take flight with angry intentions. He brought the fans to their feet multiple times in the blowout, especially  when he delivered one of the chase-down blocks he’s gotten so good at. It looked like he was personally offended that the rookie Selden came in his house with that weak stuff.

DON'T COME AROUND HERE WITH THAThttps://t.co/MuPL7McESs

Davis Bertans and Bryn Forbes each nailed a three, and it turned into a full-on block party as Dewayne Dedmon and Kyle Anderson each got up there to swat late-game attempts from the Grizzlies.

If you thought the Spurs would take their foot off the gas, you don't know the Juice Unithttps://t.co/QkTdYVDSnn

After the hot start by Memphis, San Antonio closed the game on a 102-60 run. Towards the end it was almost mean of the Spurs to continue piling on, but any good playoff series should have some meanness to it. If the Grizzlies don’t figure something out fast, San Antonio will bully them right out of the postseason. 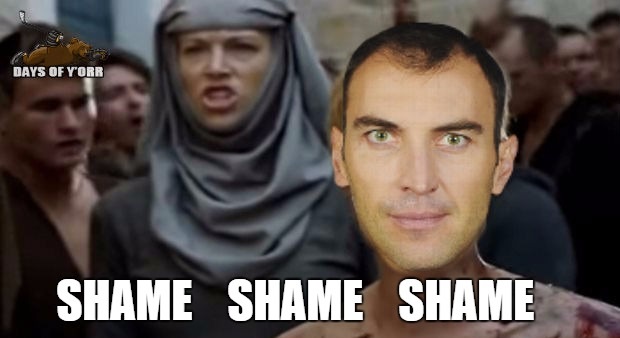 That Was Bad And You Should Feel Bad. BRUINS LOSE.

I literally have no idea what the hell I watched so just bear with me on this one because it’s going to be all over...