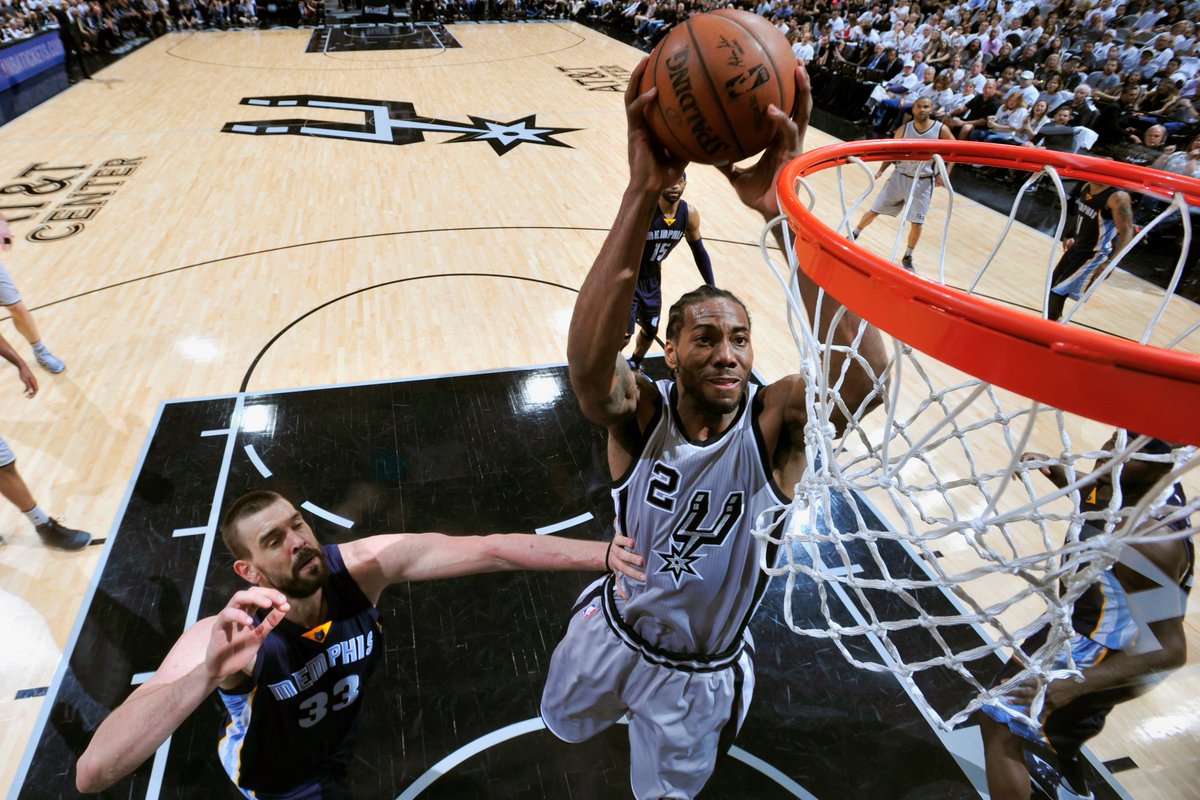 It took the San Antonio Spurs midway through the first quarter to shake off the rust of the regular season.

Once they did, they did not look back.

The Spurs opened their first round playoff series with the Memphis Grizzlies with a 111-82 rout behind 32 points from Kawhi Leonard at the AT&T Center on Saturday night.

Leonard’s 32 points tied a postseason high for MVP candidate. LaMarcus Aldridge added 20 points and Tony Parker chipped in 18 for San Antonio, who trailed by as many as 15 points.

San Antonio used a strong second half, outscoring Memphis 59-33 to take control of the game and never trail again. The Spurs used a 19-0 run in the third quarter to open the game up.

”We started to jump into the ball-handler,” Leonard said. ”We tried to get an extra body on Marc Gasol, he got going, as well as Conley. Just trying not to make it easy for those guys. They are great players and they can win a game.”

The Grizzlies were led by Marc Gasol’s 32 points. Mike Conley finished with 13 points, going scoreless in the second half – much due to the defense of Spurs guard Danny Green.

”It got ugly quick,” Memphis coach David Fizdale said. ”They just got after us, they really got after us. They upped their pressure.”

Tony Parker is Project Spurs’ Player of the Game. We know what Leonard and Aldridge can do, but Parker’s aggressive play will be key if they want to end the series with the Grizzlies early.

Up next: The Spurs lead the best-of-seven series 1-0 and will return to the court for Game 2 against the Grizzlies on Monday at the AT&T Center with tipoff set for 8:30 p.m.