Twins 6, White Sox 0 - Ervin Santana is a one hit wonder 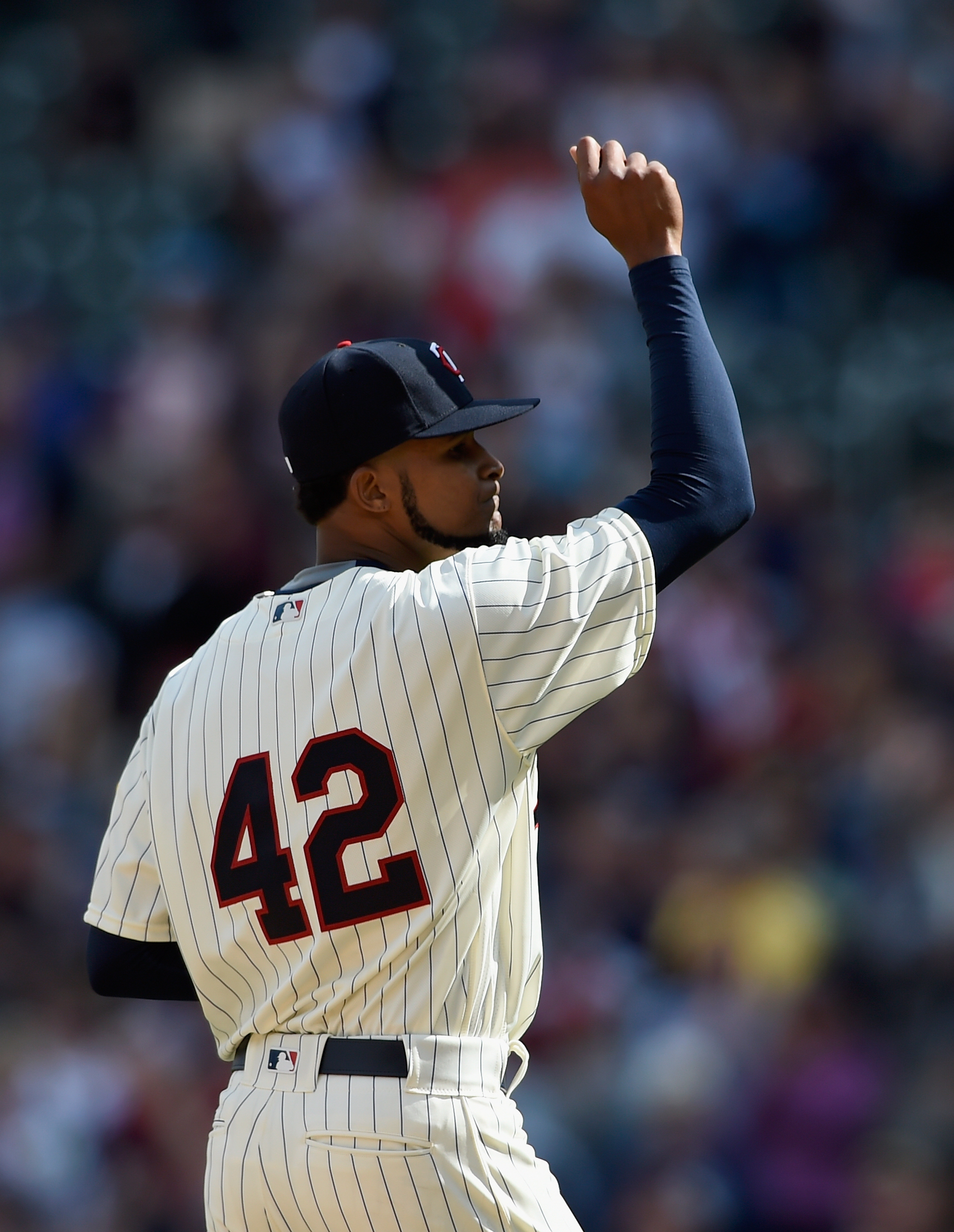 Twins 6, White Sox 0 - Ervin Santana is a one hit wonder

MINNEAPOLIS, MN – APRIL 15: Ervin Santana #54 of the Minnesota Twins celebrates a complete game shutout of the against the Chicago White Sox after the game on April 15, 2017 at Target Field in Minneapolis, Minnesota. All players are wearing number 42 in honor of Jackie Robinson Day. The Twins defeated the White Sox 6-0. (Photo by Hannah Foslien/Getty Images)

The Moment – The Twins wanted to make sure we could spend the entire game focusing on honoring Jackie Robinson, so they got this one wrapped up really early. The Twins batted around and scored 5 times in the bottom of the first inning. The biggest hit in that stretch was Miguel Sano’s RBI double, scoring Joe Mauer and putting the third run in scoring position.

The Hero: I’ve made numerous comments about the Twins and the fact that, really, their pitching hasn’t been that great. Instead, it was an excellent defense that was able to support a staff that gave them a lot of work. Well, Ervin Santana doesn’t fit that category. He had 8 strikeouts to go along with 1 hit allowed in his complete game shutout.

The Goat: Conversely, Jose Quintana saw the Twins bat around and score 5 runs in the first inning. It didn’t matter how good Santana pitched, because Quintana was rocked.

The Soundtrack: Judgment Day- Method Man –  would like to nominate Method Man as the most underrated rapper turned actor out there. Mostly because his career was so brief, but he set aside his pride long enough to allow himself to be a character named “Cheese” for a couple of years.

The Story – The problem with the big first inning the Twins had was that it buried the masterpiece that Ervin Santana was painting. Santana went all 9 innings without allowing the White Sox a single run. In fact, he didn’t allow more than one hit, to catcher Omar Narvaez. Conversely, every single Twin had at least as many hits as the entire White Sox team, while Max Kepler and Robbie Grossman doubled them up.

Of course, as I am prone to do, I have to bring it up that one player did strikeout a couple of times. It was Chris Gimenez! I fooled you! I mean, Byron Buxton did strike out in the first inning, but he also hit a laser to the right center for a double. The Twins had 5 doubles and a triple on the day, with Kepler collecting one of each. There were a few bleeders that the Twins were fortunate to see get through the infield, but for the most part, they earned their 11 hits.

Brian Dozier took the day off after tweaking his knee on Friday night. This caused the entire lineup to shift up a bit. Robbie Grossman led off, Joe Mauer batted second and then Jorge Polanco batted cleanup, for some reason. Even stranger was that Chris Gimenez and Eduardo Escobar hit 5-6 while Max Kepler was down in the 7 spot. It’s awesome to get results, but sometimes you just have to question the methods.

The Twins have to matched their April win total from 2016.