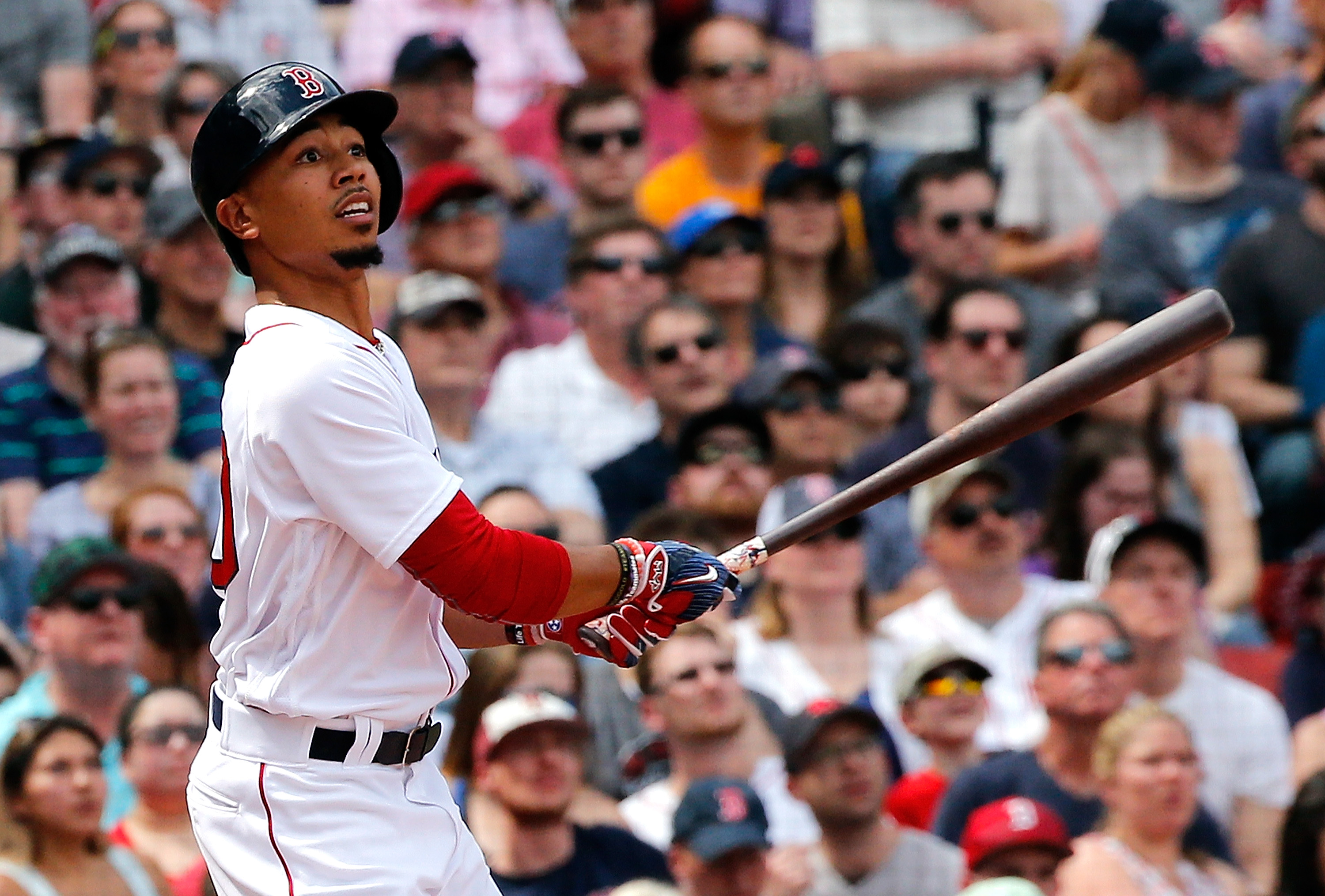 Since the 2017 MLB regular season is only a couple weeks old, we still can’t draw concrete conclusions based on player performance just yet. There are definitely certain trends we should be taking note of, though.

After all, don’t tell anyone associated with the Toronto Blue Jays that the first couple weeks can just be shrugged off as no big deal.

Two player trends that have been eye opening for different reasons involve Mookie Betts of the Boston Red Sox and Byron Buxton of the Minnesota Twins. One barely strikes out, but it seems like that’s all the other one does these days.

While this is Betts’ third full season (fourth overall) in the big leagues, he’s been building a reputation on consistently putting the ball in play — a career 11.8% strikeout rate through his first 1,638 plate appearances is solid evidence of that.

The young outfielder and 2016 AL MVP runner-up hasn’t hit a home run yet in 41 plate appearances entering Monday’s action, but opposing pitchers have failed to retire him on strikes for quite a while.

Betts has yet to strike out this season, streak reaches 105 at-bats https://t.co/vSca2MzXkp pic.twitter.com/1NRrTml5tr

His strikeout streak dates back to the end of last season, and there have only been six instances of a player going more than 100 at-bats without a strikeout since 1994. This club only includes four players: Betts, Tony Gwynn (two times), Juan Pierre (two times) and Lenny Harris.

Meanwhile, Buxton has built a reputation early in his career on striking out way too much. Through his first 515 plate appearances in the majors, he’s struck out 35.9% of the time. It looked like he was taking a step forward during Spring Training, though — he struck out just 11 times in 51 plate appearances (21.6% strikeout rate).

Unfortunately, that hasn’t translated to the regular season.

Entering action on Monday, he’s struck out 23 times in just 46 plate appearances, resulting in an alarming 50.0% strikeout rate. The game has changed a lot over the past 10-20 years, but this also puts his slow start into perspective.

Byron Buxton has 23 strikeouts this season.

Betts (24 years old) and Buxton (23 years old) are very close in age, but that’s pretty much where the similarities end between these two big league outfielders.

When it comes to evaluating players and their on-field production, a lot more is considered outside of how often they rack up strikeouts. However, it shouldn’t surprising that one is cementing himself as a perennial MVP candidate, while the other continues to struggle.