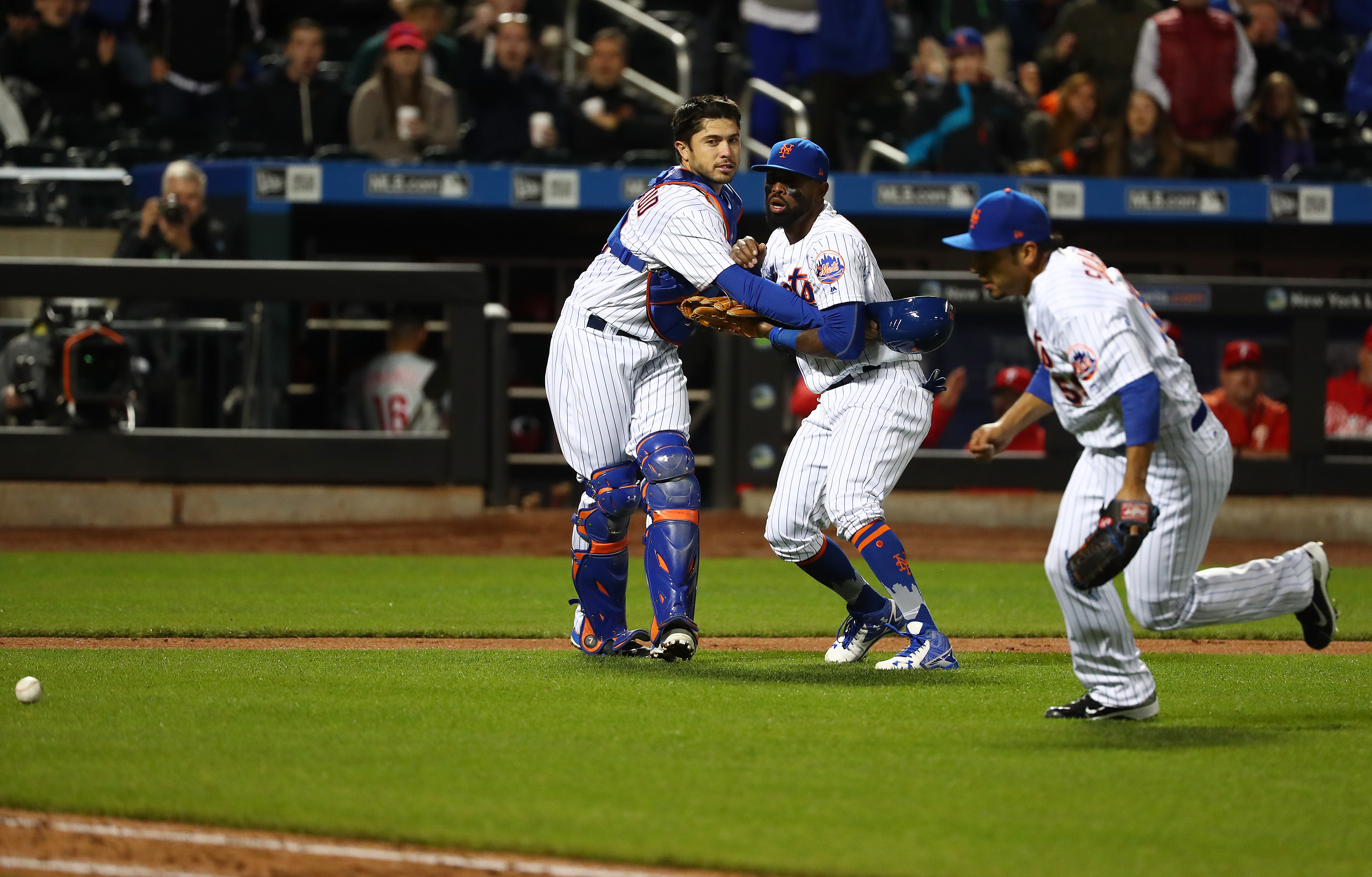 It was all going so swimmingly. The Mets had a 2-1 lead over the Phillies at Citi Field. Zack Wheeler pitched five innings without having his arm torn off by a timber wolf. There were two outs in the eighth inning with Fernando Salas on the hill. A two out walk to Cameron Rupp wasn’t going to lead to anything dramatic, as Freddy Galvis followed with a pop up to third base.

Of course, a play like that is going to come back to haunt you. And haunt it did as Jerry Blevins came in and gave up a game tying double to Andres Blanco to help the game along into extra innings. But not before Reyes was dancing halfway between first and second for some reason in the ninth, when he was lucky that the throw that should have gotten him picked off hit him in the back. I don’t know what’s going on in Reyes’ head these days, and I don’t want to know.

Rafael Montero entered the game in the tenth inning, and quickly showed us … as he has shown all season … that he’s not a reliever. He gave up two singles, a sac fly, another single, and then a base hit to Aaron Altherr that should have wound up being an assist for Juan Lagares at the plate, but instead it was an error for Lagares because Travis d’Arnaud can’t catch. (But he can sure set a pick on Jose Reyes during a dropped pop up like he was Rick F***ing Mahorn, can’t he!)

The Mets gave up two more runs and it got to the point where … when Yoenis Cespedes grounded out to end the game I was just happy that this farce of a game didn’t have to go on any longer. If the Phillies didn’t try so hard to match the Mets’ ineptitude, this game would have ended in nine innings instead of forcing an extra inning so that fans could all miss their LIRR trains as it lasted 3 hours and 58 minutes to watch the awful Phillies beat the Mets in too many innings.