Leonard's career night not enough for Spurs in Game 4 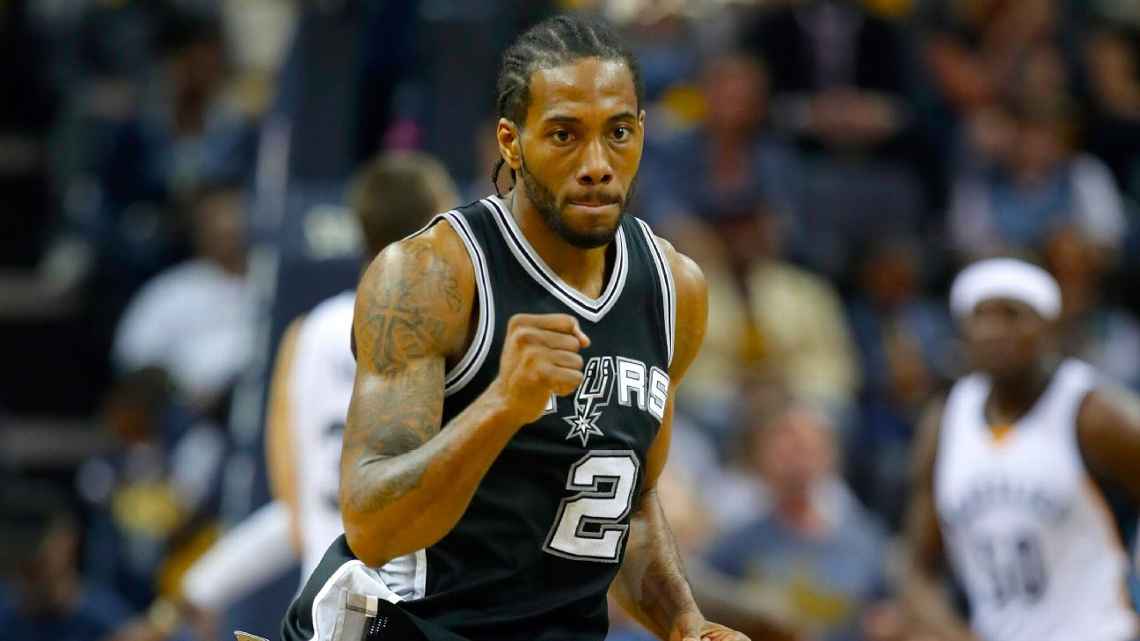 Leonard's career night not enough for Spurs in Game 4

Kawhi Leonard’s career night gave the San Antonio Spurs to chance to steal a game in Memphis, but Marc Gasol ended all hope as his go-ahead bucket gave the Memphis Grizzlies a 110-108 overtime win over the Spurs in Game 4 of their Western Conference first round series.

Leonard scored a career-high 43 points in the loss, including 16 straight in the fourth quarter to bring San Antonio back from a nine point deficit. Tony Parker added 22 points and LaMarcus Aldridge added 13 for San Antonio, who returns home for Game 5 on Tuesday.

After Leonard hit a corner three-pointer to knot the score at 108 apiece, Marc Gasol hit a fade away over Aldridge with 0.7 seconds remaining to put the Grizzlies ahead for good.

”That was great game,” Spurs coach Gregg Popovich said. ”Both teams played their hearts out. Just a fantastic basketball game. The fans got their money’s worth tonight for sure. At the end, Marc made a great shot. L.A. (LaMarcus Aldridge) contested it very, very well, and it went down.”

Leonard needed to score 16 straight to give the Spurs a chance to win, something that may be an issue as the series heads back to Texas. Guard Manu Ginobili is scoreless in the series after four games and Danny Green was 2-of-9. San Antonio’s bench was outscored 27-17 by Memphis.

“We probably could have used a couple others to make some shots,” Green said. “Kawhi had a great game. Tony had a great game. L.A. too. Their others are playing really well right now, and we have to get it from ours too, including me.”

The Grizzlies were led by Mike Conley’s 35 points, a Grizzlies playoff record. Marc Gasol added 16 and Zach Randolph added 12 for Memphis, who won both games at home to even the series.

”I don’t think we will be having a discussion about how much money he is worth,” Grizzlies coach Dave Fizdale said of Conley. ”I don’t want to hear about it at least. The guy’s a superstar.”

Up next: The best-of-seven series is even 2-2 and the Spurs will look to take back control of the series when they return home for Game 5 against the Grizzlies at the AT&T Center on Tuesday night.