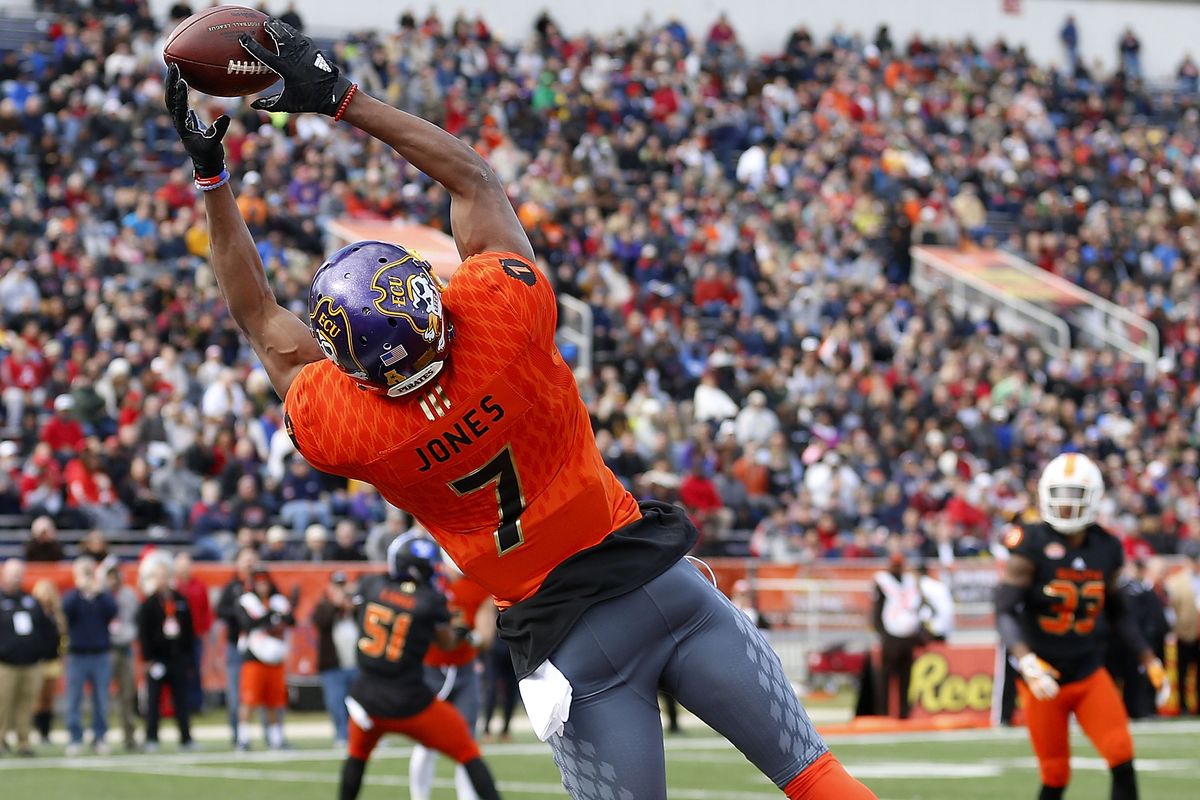 The draft begins Thursday, well Friday for the Rams and that means everyone is finalizing their mocks and making their last declarations barring a major trade or announcement. For the Rams this means everyone and their mother seems to know exactly which wide receiver the Rams will select with the 37th overall pick. Analysts have had the Rams taking Juju Smith-Schuster for a week then it shifted to Corey Davis the following week, now it seems that they seemed to have settled on Zay Jones. This was actually the pick at the way beginning of everyone’s mocks so its funny to see analysts go full circle on this one. Zay Jones would be a great answer to the Rams question at wide receiver and by virtue of being 6’2 alone, he’d immediately be the biggest receiving threat on the Rams.

Jones is the all time FBS leader in receptions with 399 and 158 of those came in a single season so that means he’s got great hands. To go along with those great hands, Jones has an incredible football IQ and knows how to break away from coverage. His footwork has received Nicholas Cage style high praise and even succeeded as a punt returner. The knock against him however, is that he isn’t a burner and most of his catches were due to the fact that he caught a lot of short yardage throws. He also struggles as a run blocker and doesn’t have the kind of burst that scouts would like to see. Every player has something against them because a scout is supposed to have cold water to throw on every player and the ones on Jones seem very minor in the grand scheme of things. It is said he’s a hard worker and very competitive so the odds of him overcoming these dings on his playing abilities are pretty high.

A lot can change between now and Friday so anytime analysts claim they know what the Rams are doing, take it with a grain of salt. The Rams are in the position where they will have to react to what other teams do and a guy like Corey Davis could easily fall to them. They obviously have to take a wide receiver as early as possible because their mission statement this off-season is to give Goff weapons so they can figure out if he was worth all the trouble it took to get him last year. Zay Jones would go along way to helping Les Snead and the rest of the Rams figure that out.