It Looks Like Dallas Keuchel Is Back in Business 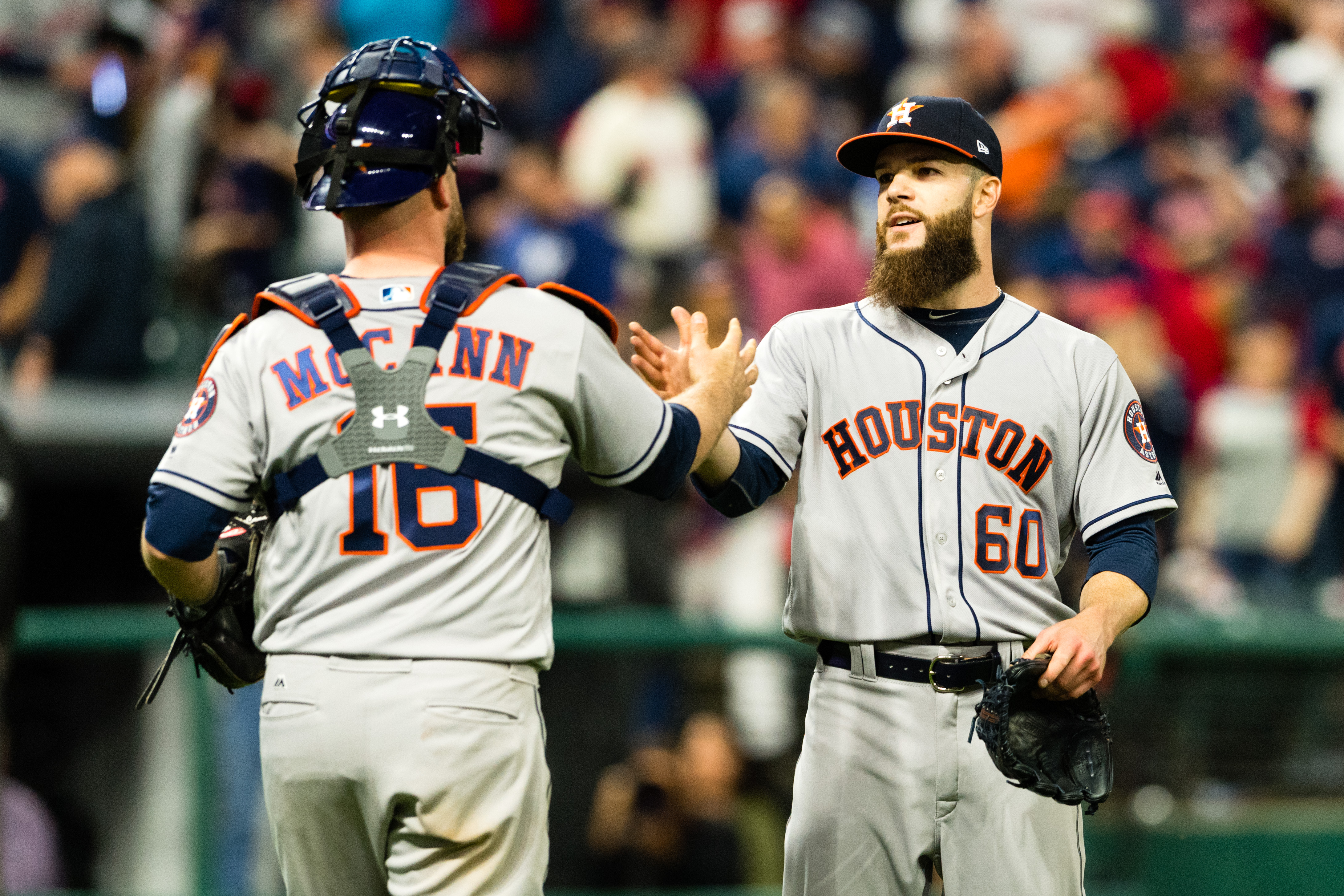 It Looks Like Dallas Keuchel Is Back in Business

After winning the 2015 American League Cy Young award, Houston Astros left-hander Dallas Keuchel struggled through a 2016 campaign in which he didn’t at all resemble his dominant performance from the year before. It’s not even May yet, but it sure looks like he’s found his groove again.

He went the distance on Tuesday night against the Cleveland Indians, which was the 11th complete game of his career. He held a pretty good offense in check, allowing just two runs (both on solo homers) off six hits, three walks and six strikeouts. Through five starts (37 innings), he’s 4-0 with a 1.22 ERA and 3.29 SIERA.

He’s gone at least seven innings in each of his starts, with his most recent appearance being the first time he’s allowed more than one run.

A big key to Keuchel’s hot start is his ability to generate ground balls. He’s always done this well — he owns a career 59.1% ground-ball rate for his career — but the 65.6% ground-ball rate he owns at the moment would be a career high if sustained throughout the whole season.

He’s been able to do this because he’s consistently kept his pitches down. If you watched his complete-game effort on Tuesday, it was easy to think that all he did was pound the bottom of the strike zone — because he basically did.

Dallas Keuchel has been amazing with his ability to keep the ball down this season… Here's his pitch chart tonight pic.twitter.com/aRCWSalqOo

He’s also been putting the ball where he wants it. The below tweet is from before Tuesday’s start, but it’s still pretty impressive.

Last, but not least, his pinpoint control kept Indians hitters guessing all night based on the number of called strikes he generated.

.@kidkeuchy tossed 30 called strikes in his CG tonight. That’s his highest total in the #Statcast era & the best for anyone this season. pic.twitter.com/nnFbkqSgeo

Now, there are a couple of statistics that still need to normalize — like his 100% strand rate a .188 BABIP allowed — but his quality of contact numbers are much more in line with his Cy Young campaign than last year’s disappointing performance.

There’s still a lot of season left, but it looks like the Astros have their ace back to pair with a healthy Lance McCullers. With a deep lineup already in place, it should be no surprise that they’re currently 14-6 and have already doubled their number of wins from last April when they scuffled to a 7-17 start.