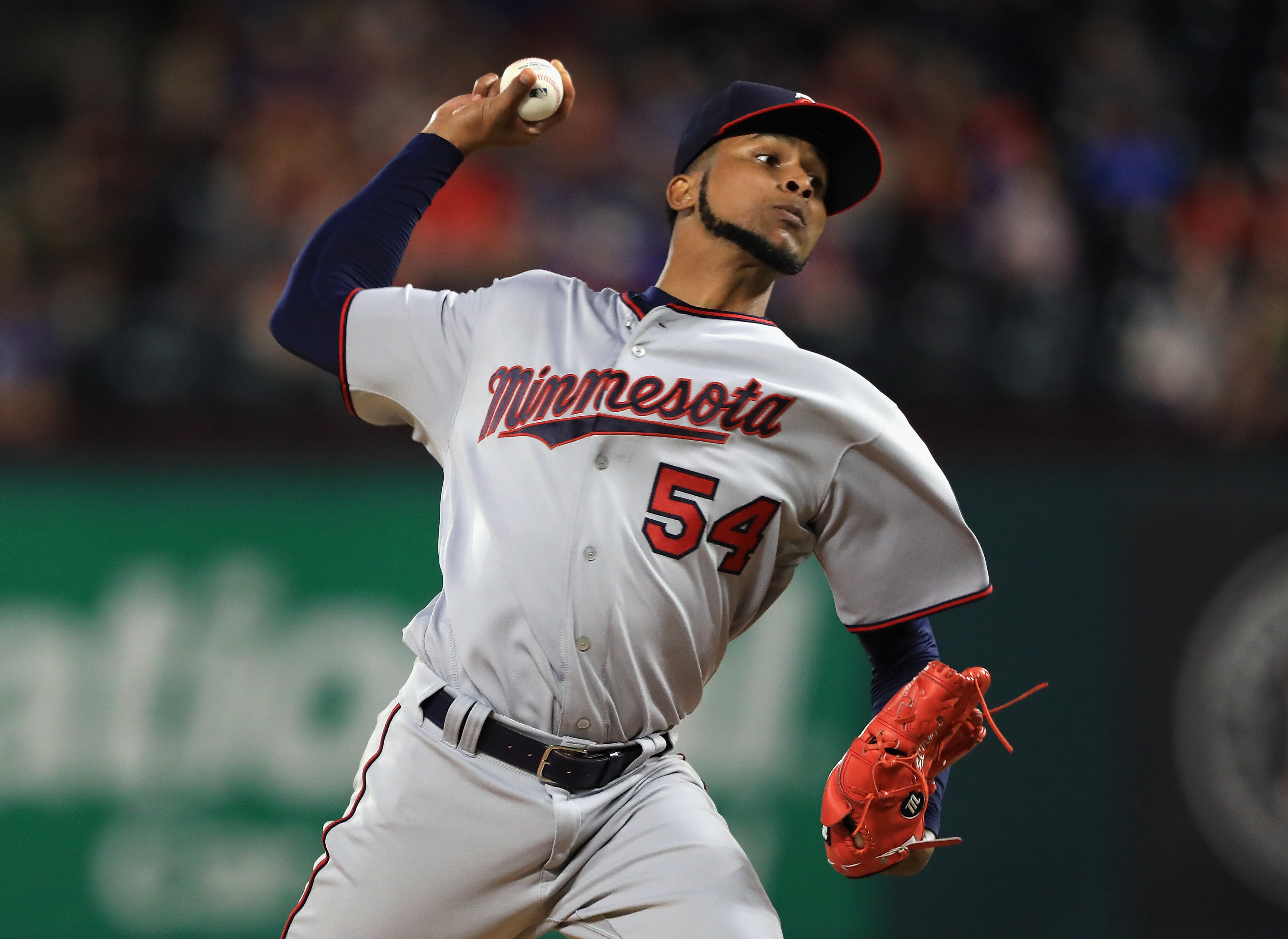 ARLINGTON, TX – APRIL 25: Ervin Santana #54 of the Minnesota Twins throws against the Texas Rangers in the sixth inning at Globe Life Park in Arlington on April 25, 2017 in Arlington, Texas. (Photo by Ronald Martinez/Getty Images)

The Moment: It seemed like the Twins were never going to capitalize on Andrew Cashner’s inability to get anywhere close to the strike zone. He worked 4 innings and walked 6 batters, but had a knack for getting out of the tough spots, somehow. Rather than sit around and hope that someone would drive him in with a walk, or the team could string together some hits, Kennys Vargas just stepped in and hit his first home run of the season, a solo shot in the 4th inning. It was barely a home run, but it still counts!

The Hero: Ervin Santana just keeps on keepin’ on. He worked 7 innings tonight, striking out 6 and allowing only one run when Joey Gallo hit a solo bomb. 1 run in 7 innings is good, but it actually led to Santana’s ERA going up.

The Goat: Starter Andrew Cashner was virtually unhittable (as he couldn’t locate the strike zone) but Anthony Bass was VERY hittable. He worked the 5th inning when the Twins scored 7 runs. He was on the hook for 4 earned, but 6 of them scored on his watch.

The Story: The first three innings of this game were excruciating. The Twins kept getting runners on base, getting them into scoring position, and then completely falling down on the job. Andrew Cashner had serious issues throwing strikes. His pitch count skyrocketed, and he was always in duress, but it wasn’t until Kennys Vargas homered in the 4th that they could plate a run.

And then the flood gates opened. Miguel Sano hit a homer in the 5th inning to knock Cashner out. Sano’s blast went to the upper deck, which stood in contrast to Vargas’s that barely snuck over the wall. Anthony Bass came in, and 6 players reached, consecutively. There were three doubles, followed by a single, an error and another single. The Twins scored 6 times after Sano’s home run.

The fun part of this game, besides thinking about the tag line for this post almost the entire game, was that the guys that most Twins fans recognize as vital to the success of the team were the ones that had the most success. Sano had the home run, but also 3 hits and a walk. Byron Buxton went 2-3 with a walk. Even Joe Mauer had 2 hits, including a double. In fact, Brian Dozier was the only starter to go hitless.

The Twins had 20 base runners tonight. For the first few innings, it looked like that wasn’t going to matter. Kennys Vargas got things going, and then it was hard to stop the Twins. Playing in Texas is always so much fun.