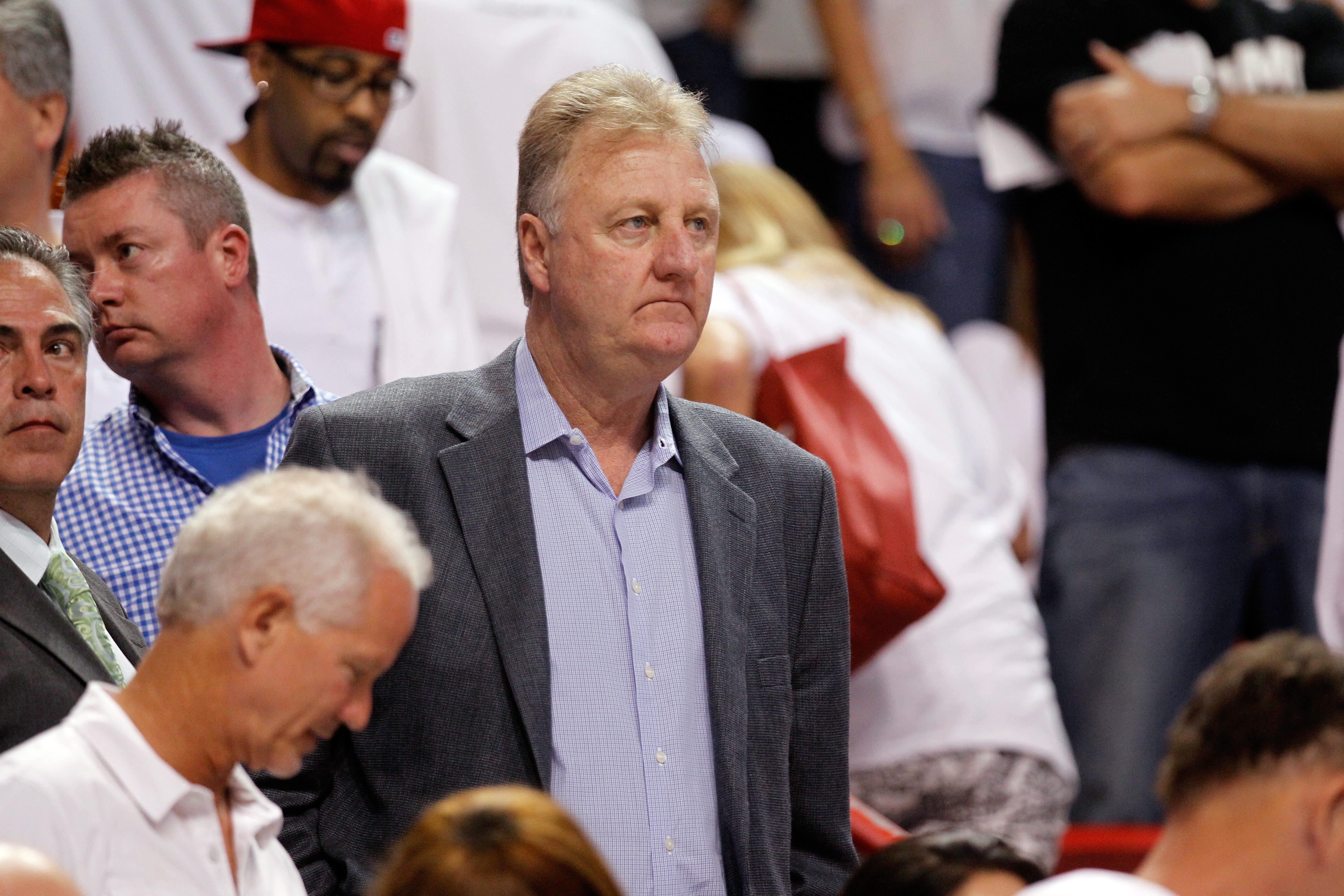 The Pacers were recently knocked out in the first round for the second time in as many seasons. Myles Turner took a small step forward in his development, Glenn Robinson III had his moments, and Lance Stephenson’s career was revitalized, but what did Indiana learn about themselves this year (besides that P.G. is p.o.’d)?

Last year’s exit was followed by Frank Vogel’s firing and the subsequent swapping of a defensive identity for an offensive one. This is not to say Jeff Teague or Thaddeus Young are awful defenders, but George Hill, Ian Mahinmi, and Solomon Hill are all better than good on that end. Perhaps I’d be singing a slightly different song about Indiana if they drew Boston instead of Cleveland; there was no way they were going to beat the defending champs.

But even offensively, this group never really came together. Indy’s longest winning streak in 2016-17 was seven games – with only two of those in that stretch coming against playoff teams. That took them to 29-22, but then they dropped six straight, albeit against the Spurs, Bucks, Cavs (twice), and Wizards (twice). Eventually falling to 37-40, the Pacers needed a five-game winning steak to finish the regular season just to hold off a Miami Heat team that started 11-30.

Jump to the playoffs: instead of reassuring C.J. Miles that he had a good look and the next one would fall, Paul George complained that Miles didn’t pass it back to him and risk watching the clock run out. George pointed fingers for most of the season though – at the referees, teammates, and the L.A. Lakers. Make no mistake about it, he’s a superstar. However, George left a lot to be desired from a leadership standpoint. There was no way that this year was going to be easy given the massive changes.

Jeff Teague had one of the best campaigns of his career, but Indiana won three less playoff games than they did last year. Based on the standards Larry Bird has set, is it safe to say Teague and coach Nate McMillan will no longer be on the payroll next year? Teague is an unrestricted free agent along with guys like Jrue Holiday and former Pacer George Hill. It’s unlikely Hill would consider Indiana given that they traded him last summer, but it has to make Bird sad to see Utah one game away from the second round. Nevertheless, this is water under the bridge. If Indiana is going to keep Paul George satisfied, Larry will need to learn from his mistakes – but it’s also time for the Pacers to look toward the future.

Ellis and Jefferson at $22 million combined is hard to swallow, and Bird would try passing one (or both) of them off in any potential deal for George. However, if Bird decides to give it another go rather than unloading George to the highest bidder, there are some bargain deals he negotiated that make it possible for the Pacers to build something. Glenn Robinson III and Kevin Seraphin both have cheap non-guaranteed contracts for 2017-18, and even LaVoy Allen’s $4.0M team option is reasonable if Indy wants to keep carrying four bigs. C.J. Miles is likely to test the open market rather than pick up his $4.8M player option.

George, Young, and Ellis all have player options in 2018-19, while Stephenson’s team option is cap-friendly and Turner would be the face of the franchise if P.G. left. Ellis won’t be in position to make much in free agency, and he’s not in the 3-and-D mold desired by playoff teams even if he wanted to join a contender as his career winds down. All in all, Indiana is probably stuck with Ellis long-term, and perhaps Young too – though Thad is still a serviceable small-ball 4 who only recently began shooting the 3. Young turns 30 next June, so he could look to cash in on one more lucrative long-term contract if things go well in 2017-18.

If the Pacers let Teague, Miles, and anyone else I’ve failed to mention in this article walk this summer, they’ll have just under $70 million on the books spread between nine players. The projected salary cap for 2017-18, per Adrian Wojnarowski, is $101 million. That would leave Indiana with about $31 million to sign the 18th pick in the draft (should they keep it) and toss around in free agency. Let LaVoy walk and that’s $35 million, a pretty nice chunk of change.

It’s going to be difficult to attract free agents given Paul George’s discontent, but the Pacers might be wise to throw a max contract offer at a pass-first, defensive-minded point guard such as Hill or Holiday who will look to utilize and involve Turner more. It’s amazing to me how a center with 51/35/80 splits who busts it on both ends and plays over 30 minutes could average merely 10.7 shot attempts per game. Point will be the obvious need if Teague isn’t re-signed, and Jeff was a total liability on defense against LeBron James and the Cavaliers, who attacked him non-stop. Sadly, the biggest takeaway from this season might be that Indy had a really good thing going with Hill and messed it up. It’s especially gut-wrenching since Hill was acquired for Kawhi Leonard.

A trip to the lottery in 2018 would all but cement Paul George’s status as a goner – and another first round loss probably wouldn’t help either. And so, this may be Bird’s last chance to appease and impress his star. Maybe Larry will admit defeat, end the George Era, and snag a surplus of draft picks with the hopes of rebuilding around their young and blossoming big man. But I doubt it.