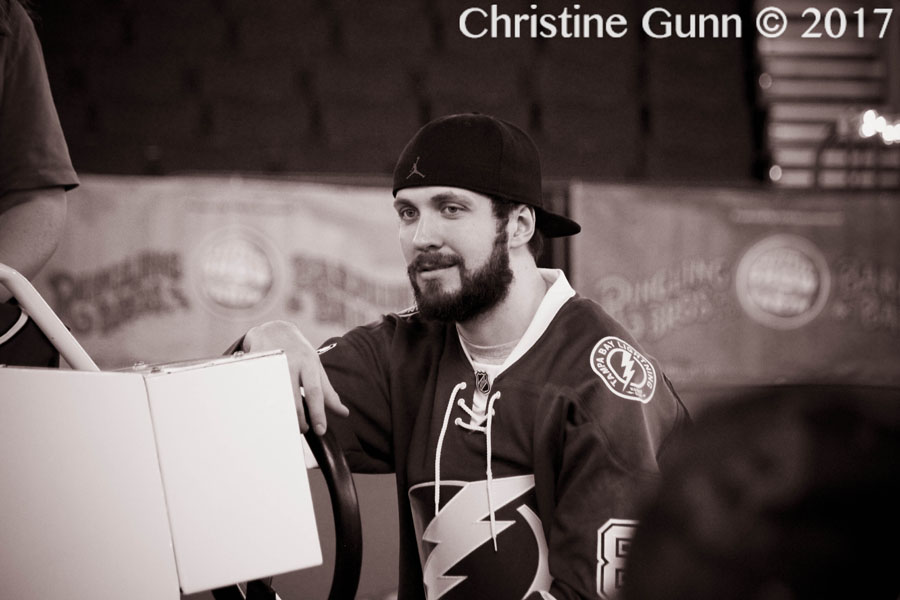 The following is an excerpt from that translation:

Pavel Lysenkov: In a few days you’re going to play at your first IIHF World Championship. Did you use to watch the games on the television when you were younger? What do you remember the most?

Nikita Kucherov: Of course the final game of the 2008 WC, when Russia won against Team Canada in spite of being down 2-4. When [Ilya] Kovalchuk scored the OT GWG. And the next year, in Bern [Switzerland], when the gold medal goal was scored by Alexander Radulov. Those are the two most memorable tournaments I remember. Generally speaking, I always watched the games when I could. I always dreamed about playing for Team Russia at this level. It’s a huge honor and I am glad to have this chance.

PL: You had a chance to meet your long-time friend Nikita Gusev. Did you manage to follow him from America?

NK: During the Gagarin Cup playoffs I tried to watch the highlights from the most important games. I was cheering for Gusev and Igor Ozhiganov from CSKA [Moscow]. I wouldn’t care about what team would win – just that my friends played well.

PL: Were you always good at hockey?

NK: Gusev and I always played together. I can’t say that I was doing great right away. There were some bad moments, some games where we were out of luck. It’s impossible to play all of your games at the highest level. When I was a child I didn’t have consistency, like now. But earlier if I wouldn’t score a goal, I’d get upset and my game was done. Now I think like an adult person. Maybe I didn’t score, but you don’t know what happens on the next play.

PL: Did you follow [your former KHL team] CSKA Moscow while playing in the NHL?

NK: I don’t like watching CSKA because they play terrible hockey. I feel bad for the guys who play there. I’m happy for Igor Ozhiganov, he’s doing great and now he’s a key player for the team. I’m only following him.

PL: Did CSKA try to reach you when you were without a contract?

NK: No, but I wouldn’t even have listened to their offers.

PL: Steve Yzerman offered you a fairly low contract. Everyone knows that you could get more money. Would you agree on that contract now?

NK: It really happened what’s happened. I don’t want to talk about my contract.

PL: At the World Cup you played on different lines. With whom did you enjoy playing more?

NK: When you’re surrounded by so many players of this level, it’s truly the same. Look at the roster: you’ll find stars in any line. It was great to play with every one of them, and it was an unforgettable experience for me. I learned a lot from Ovechkin, Malkin, Tarasenko, Kuznetsov, Datsyuk. I tried to get something from them in my game. And I think that some of these things helped me during the season. I trusted myself more, I grew as a person and as a player. Team Russia did help me a lot.

PL: Forty goals in the regular season speak loud about your level. And you were the top Russian scorer (85 points). Do you feel more responsibility?

NK: I frankly don’t read and don’t listen to what [North American] analysts say. I simply try to play according to the game plan, play my style and be useful for the team. It’s very important to enjoy what you are doing. And not just to get to the ice and throw the puck around. You need to create something unusual. Take decisions that other players wouldn’t think about. This is why I succeeded this year. Many guys were traded, and others came from the farm team. I need to take on a new role. This is why I managed to reach a new level, and the coach trusted me. I got advantage of this chance and I managed to get many points. But most importantly, I did whatever I could to be useful for the team.

You can read the rest, including Kucherov’s sharp comments about the Lightning and his teammates at The Hockey Writers. 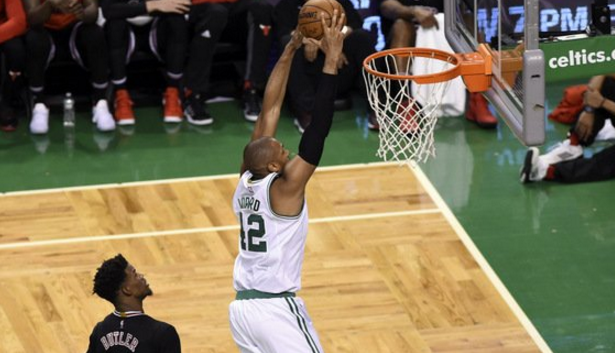 Al Horford was one of a few Celtics who stepped up in the face of a tough shooting night for most of the team. Sam...