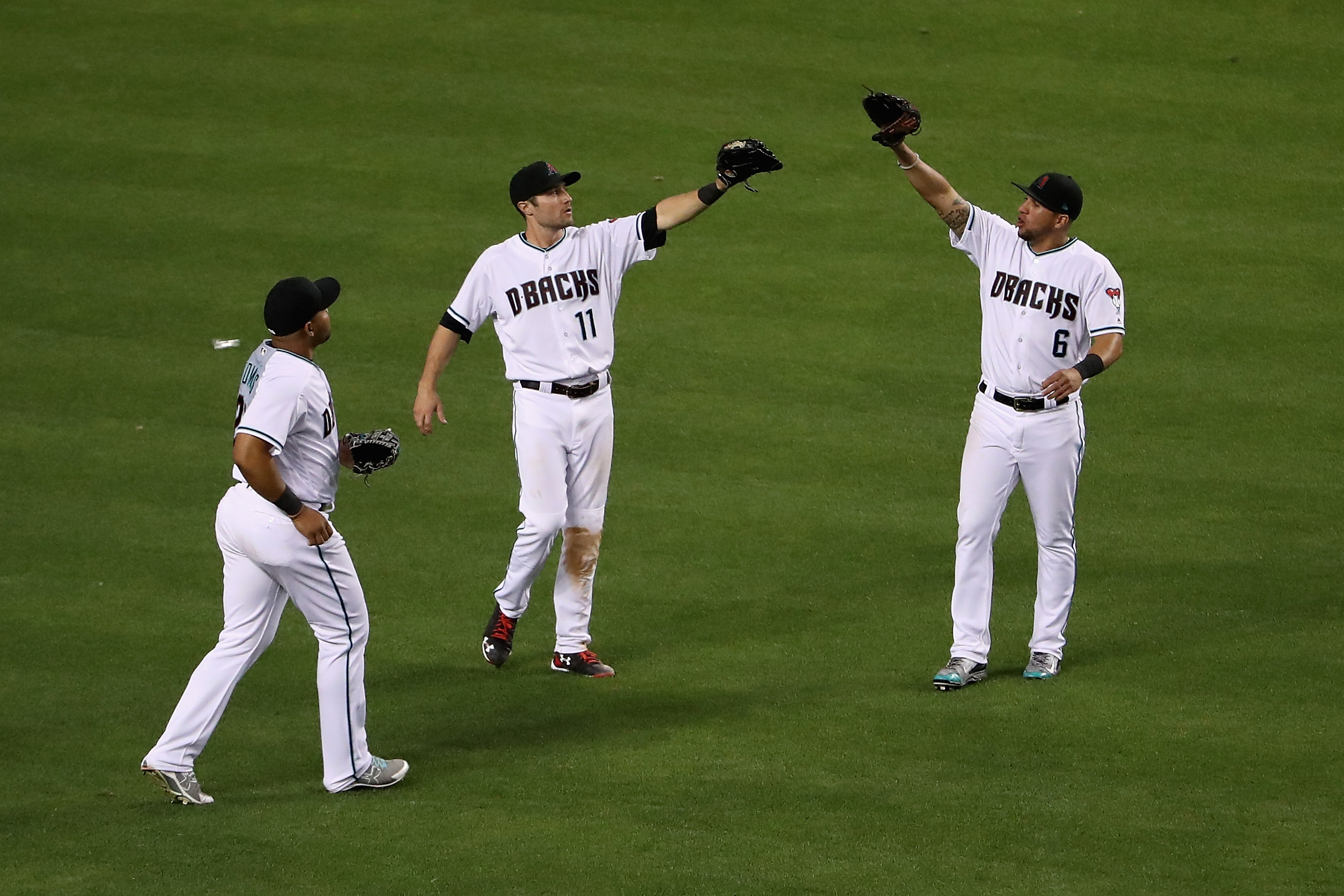 Just about everything from the 2016 season could be viewed as a disaster for the Arizona Diamondbacks. Looking back now, it was probably a bit of foreshadowing when outfielder — and spark plug — A.J. Pollock went down with an elbow injury on the eve of the regular season.

While the outlook of this club looked more grim heading into 2017 compared to the year before, there was still a lot of young talent to get excited about.

There are another five months to go in the regular season, but here we are, with them competing for the top of the National League West with a 15-9 record.

That looks a lot different from last April, when they finished with a 12-14 record, and the presence of both Pollock and David Peralta in the first two spots of the lineup has been a noticeable and welcome difference.

They Were Missed Last Year

Pollock’s elbow injury truly torpedoed his season — and depending on who you ask, it also torpedoed Arizona’s chances of competing for a playoff spot. He managed to collect 46 plate appearances, but slashed just .244/.326/.390 with a 89 wRC+.

Based on the .315/.367/.498 triple slash and 131 wRC+ he produced in 673 plate appearances the year before, he was a top-of-the-order commodity the Diamondbacks missed dearly.

Peralta played a little more than his fellow outfielder, but not by much.

In 2015, these two combined for an fWAR of 10.2 (Pollock had a 6.5 fWAR, while Peralta posted a 3.7 mark). Last season, their lack of playing time and inability to replicate those results led to a combined fWAR of just 0.7.

But what about Jean Segura‘s performance? He was their primary leadoff guy in 2016 (147 appearances) and hit .319/.368/.499 with a 126 wRC+ in 694 plate appearances, so that provided the hitters who came after him with plenty of opportunities to do some damage.

That’s true, but it’s hard to match the one-two punch Pollock and Peralta have provided. Arizona is currently second baseball with 132 runs scored, along with being tied for second in wOBA (.340) and ninth in wRC+ (106).

Since they received such limited playing time in 2016 due to their injuries, wondering if they could get back to those previous levels was valid. There’s still a long ways to go, but it hasn’t looked like a problem thus far — Pollock has posted a .841 OPS and 120 wRC+, while Peralta has a .944 OPS and a 146 wRC+.

They’ve also both already surpassed their fWARs from last year (Pollock at 0.5, Peralta at 0.8).

Paul Goldschmidt, Jake Lamb, Yasmany Tomas and others already make this Arizona offense very good, but these two clearly take them to another level.

There are a lot of things that go into offensive performance, but at the end of the day, people want to know how many runs you’ve scored. With Pollock and Peralta constantly getting on base — Peralta has an absurd .667 OBP over the last seven days — it’s almost impossible for the Goldschmidt, Lamb and Tomas (and the rest of the lineup) to not rack up RBI.

Seeing Goldschmidt, Lamb, Tomas and Chris Owings within the league’s top 15 in RBI, along with Goldschmidt and Lamb in the top 15 in runs scored shouldn’t be a surprise.

Yes, looking at these two statistics isn’t the best way to judge offensive performance, but it’s pretty clear how much more dynamic this unit is as a whole with these two setting the tone.

Can the Dbacks use this surprisingly fast start as a springboard toward the postseason? It certainly seems possible at the moment, but none of the guys talked about above can pitch, which will likely be the X-factor.

Zack Greinke is off to a good start despite diminished velocity, but it’ll be interesting to see how Patrick Corbin and Taijuan Walker progress from last year, and how the void left by Shelby Miller‘s UCL injury is filled in the rotation.

Even if they’re more of a pretender than a contender, it looks like Arizona will at least be more of a thorn in the side of opposing teams than they were last year. By the looks of it, that’s because of an improved offense — something we can likely attribute to the presence and productivity of the first two spots in the Dbacks’ lineup.