Rams Take Kupp and Johnson in Round 3 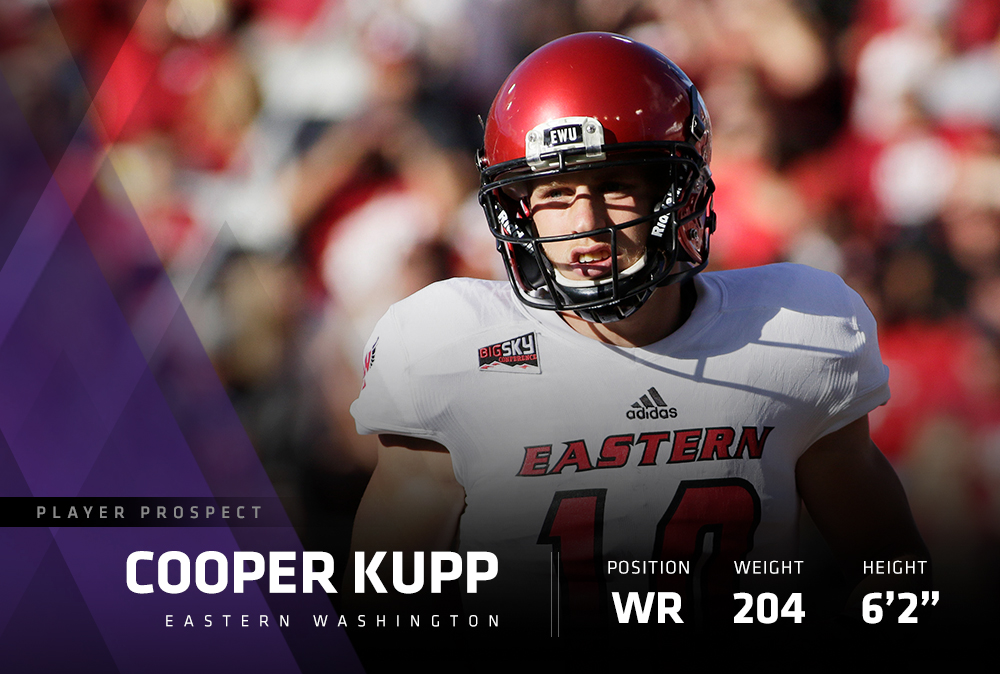 Rams Take Kupp and Johnson in Round 3

The Rams wanted a receiver and after missing out on many of the marquee guys they got their man. Cooper Kupp of Eastern Washington was taken with the 69th pick and now the Rams have another big target after taking Gerald Everett in round two. Kupp’s hand have been compared to Larry Fitzgerald and has a very high football IQ. He possesses tremendous speed and is adept at breaking away from coverage. Kupp does need to improve his route running but he is a tough guy who isn’t afraid to take a hit or fight his way out of tackles. Cooper Kupp should immediately become Jared Goff’s best friend down field and at 6’2 he is instantly the biggest receiver on the roster. This was both a necessary pick up and great value at the top of the third round.

With the 91st pick the Rams finally got someone to add to their lackluster safety corps. John Johnson out of Boston College will likely be starting alongside Maurice Alexander on day one and is versatile enough to play corner if need be. Johnson is adept at tracking the ball and reading the quarterback. He has excellent coverage skills to go along with his skills on run defense. He is extremely agile and while he needs to improve his tackling skills he can immediately make in impact along the secondary. The Rams desperately needed help at safety following T.J. McDonald’s departure and at the very least he will compete with LaMarcus Joyner in training camp.

Les Snead has made the most of his limited draft capital so far and tomorrow they need to address both their offensive and defensive lines. They have one pick in each of the next four rounds so they have ample opportunity to do so. The offense got a much needed boost today with two guys who will be starters on day one and on defense they found a guy who can help at both corner and safety.