2017 NFL Draft: 70% of Parents Believe Their Children are Above Average 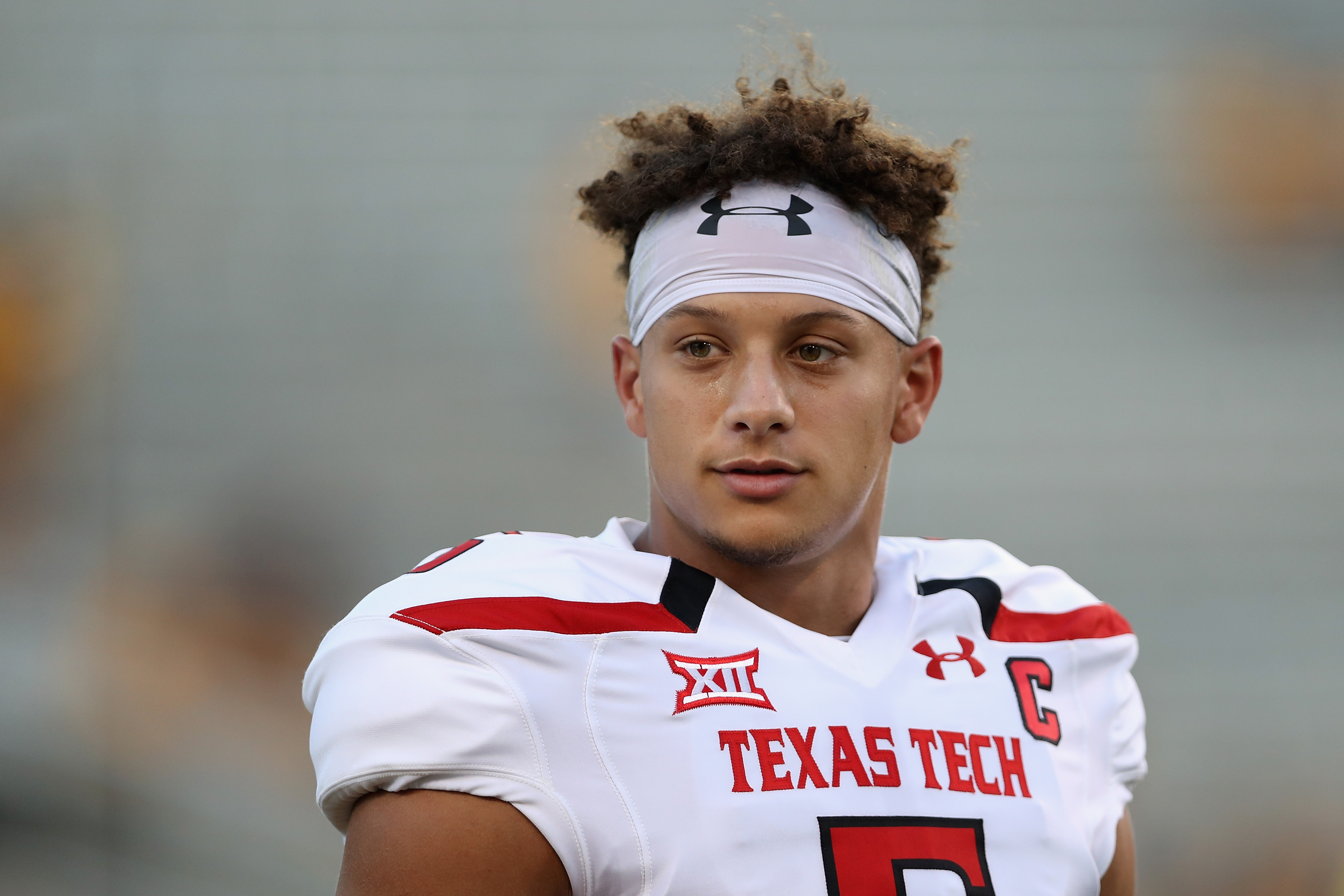 2017 NFL Draft: 70% of Parents Believe Their Children are Above Average

The 2017 NFL Draft is over. Enter the pundits who start grading out how everyone drafted.

Garbage in, garbage out. Since most draft analysts do not verify, how do you know they have an edge in determining what is good? All they do is filter the team picks through their views. So these critics, who never verify their own views, pass judgment on the GMs, who also never verify their drafts. We’re still waiting for Kiper to tell us how he did 3-5 years hence. It ain’t happenin’.

The horrifying moment of Draft weekend occurred when we learned that the Giants wanted to pay up and reach for Mahomes (pictured). Forget that Mahomes was panned by our analyst. Let’s assume for a moment that Mahomes indeed was going to be a QB with a future. WHY NOW? Why reach now, when your franchise is trying to win NOW? When Eli needs protection? When OBJ will have but 1-2 years remaining on his cheap cap-friendly contract? The point is this- if you want to aggressively trade up from the 23rd pick to mortgage a bevy of draft picks, YOU CAN DO THAT ANY YEAR YOU WANT. And trust me, there will be a new QB you will covet just as much as Mahomes. Paying up and trading up is ALWAYS AVAILABLE. You can always pay retail. Any time, any year. In 2017, you are trying to win while Eli is still capable.

Shaun O’Hara was objective in critiquing the NY Giants. He did not like Round 2 (paraphrased, Tomlinson had 3 sacks in 2 years, I can get a run stuffer 2 rounds later) and he really did not like Round 3 (QB? Your QB, Eli Manning, has not missed a single start in his entire career, he is your QB for the next 5 years!). O’Hara thought it was essentially incompetent not to be getting help on the Offensive Line for Eli. If you think that O’Hara was being tough on the Giants for “wasting” a Round 3 pick, I can only imagine what he would have thought if the Giants were actually successful in trading up for Mahomes, which they tried very hard to do. The amount of draft picks they would have had to mortgage to make that move would have had O’Hara wretching in public.

O’Hara’s criticism is atypical of the sycophants in the media. He is a former player who is obviously a little more candid than his peers.

Let’s talk a little more about objectivity and analysis of Draft performance. Here below we assembled some soundbites from some of today’s team press conferences.

“We got our hands on some good football players.” (Buffalo)

“Staff did an awesome job this weekend. We try to add players that will have an opportunity to be competitive in our program.” (New England)

“We brought in a lot of toughness.” (NY Jets)

“The draft set up nice for us and it played out that way.” (Dallas)

“We’re always happy with the draft… We feel like we got some good players.” (NY Giants)

“We feel good about (the draft), we got a lot of good people into the building.” (Philadelphia)

“We got bigger, stronger. We also drafted some speed… We got great, physical, tough guys.” (Washington)

That was a sample of 8 of the 32 teams. I am sure if I spent the time, I would be able to generate platitudes from all of them. All 32 teams are going to tell the media and their fans that they got better. As a friend likes to point out, all 32 teams had a successful draft. Yet we know the brutal truth- that 3-4 years from now, most of these players will be out of the league. Rinse. Repeat. Here is more:

Isn’t it amazing? Every year, every team selects fantastic athletes who will surely make incredible NFL players – and every year, most don’t work out at all, and only a few become genuine stars.   And every year, the great NFL franchises select late in each round, and choose players from unknown schools, and manage to whip the butts off all the teams picking all-stars.  To watch ESPN’s sizzle reel on each player selected is to look at a highlight promo of an entire season reduced to a few wonderful plays.  To my mind, it’s all a con to make fans believe that players they never heard of a few weeks ago are going to galvanize their teams.  It gets the fans engaged almost half a year before the season begins and keeps them excited till then.  Brilliant public relations by and for the league.

So let’s try to be objective about the Giants draft picks. This is not the 1974 Steelers draft. If 3 of these 6 players can somehow make it to become starters, it will be a successful draft. If you ask the GMs, they will collectively tell you that they have assembled 253 starters. To be fair, of the 8 quotes by teams assembled above, note how the Patriots attempted to make the least victorious claim: “try.. to be competitive.”

Today the Giants finished out their draft with

Round 4: Wayne Gallman, a RB from Clemson
Round 5: Avery Moss, a DE from Youngstown State
Round 6: Adam Bisnowaty, a T from Pittsburgh

We got a chance to discuss Gallman with our analyst, and he received good reviews. If there is one place the Giants do well in the Draft, it is at RB in later rounds. Gallman will help Perkins by taking some load off of him. We will review all 3 a little more tomorrow.