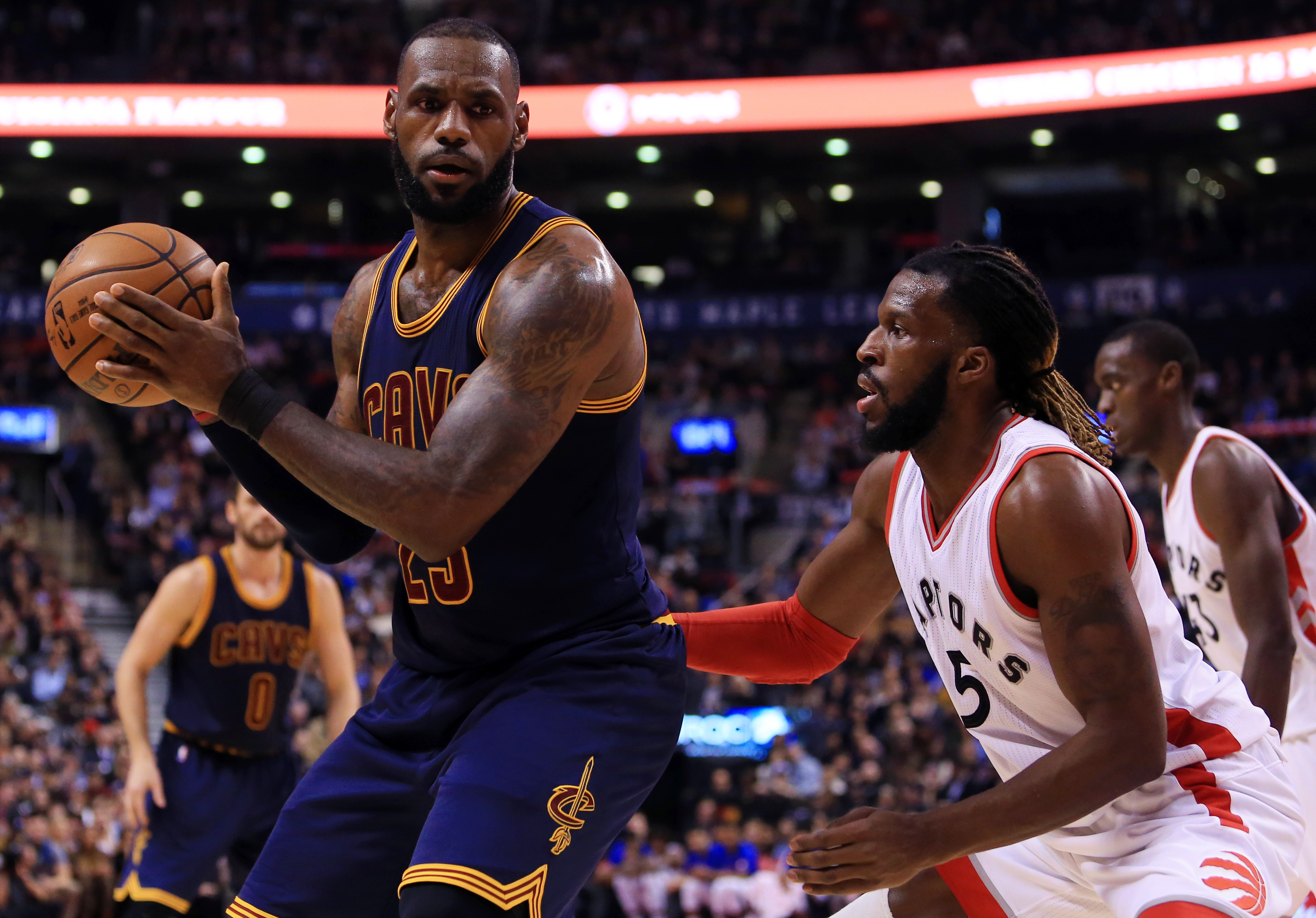 The Cleveland Cavaliers and Toronto Raptors will tip off the second round of the NBA Playoffs on Monday night at Quicken Loans Arena.

On paper, this looks like it will be a fun series. The Raptors match up fairly well with the Cavaliers. Kyle Lowry and DeMar DeRozan are the clear alpha dogs for the Raptors, while the addition of Serge Ibaka has been an interesting one that adds an extra wrinkle to the series. The Kevin Love – Ibaka matchup at the power forward position will be one to keep an eye on, as Ibaka will look to neutralize Love’s shooting and finishing ability with his length.

It seems as if the Raptors’ moves this season were made with the Cavaliers in mind. In addition to adding Ibaka, the Raptors added PJ Tucker at the trade deadline with the hopes that he would be able to help them defend LeBron James.

On the other side of the floor, the Cavaliers should have an easier time defending the Raptors than they did the Pacers. Outside of Norman Powell, the Raptors did not shoot three-pointers very well in their opening round matchup with the Bucks. Powell went 10-of-11 from three in the first round while the rest of the Raptors combined to make just 41 threes on 141 total attempts.

The Cavaliers won the season series 3-1.

It’s hard to bet against the Cavaliers at this point. It’s reasonable to think that the Raptors will steal at least one of the games in this series, most likely either Game 3 or 4 in Toronto. DeRozan and Lowry have the ability to get scorching hot, and if they do at the same time, they have the ability to beat the Cavs on their own.

In the end, the Cavaliers and their depth will be too much for the Raptors. The Cavs will finish this series off in five games.