Reynolds and Ebukam Taken in the 4th Round 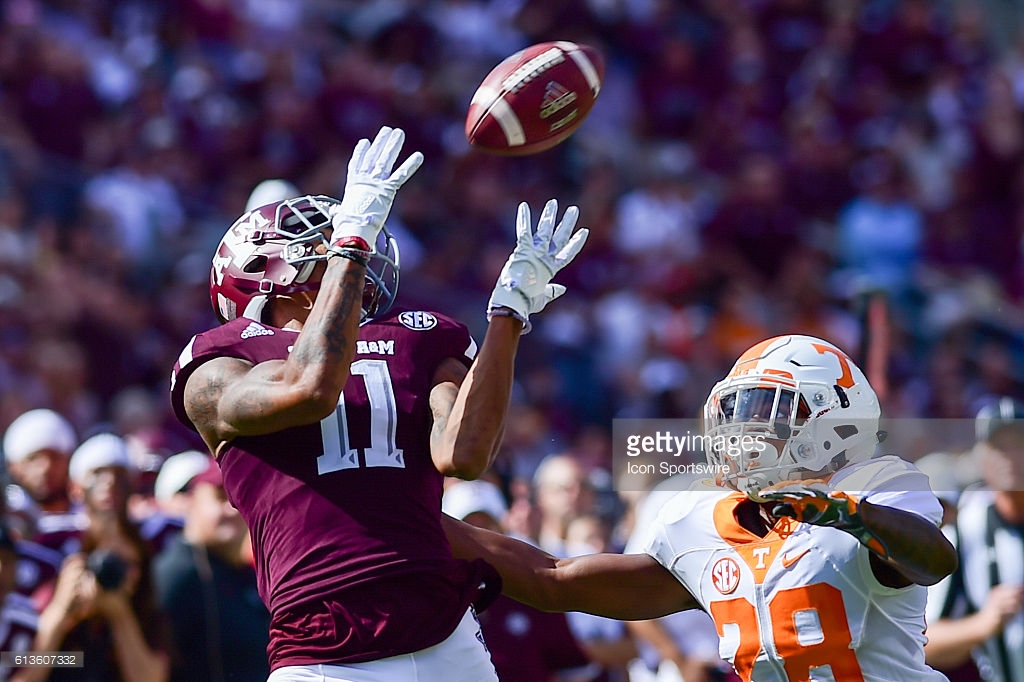 Reynolds and Ebukam Taken in the 4th Round

Fans wanted more offense and that’s exactly what Les Snead has attempted to give them. With the first of their two 4th round selections the Rams selected wide receiver Josh Reynolds out of Texas A&M after selecting tight end Gerald Everett in round two and wide receiver Cooper Kupp in round two. Les Snead has not only drafted to receivers in the draft but he made sure to add two weapons that add size to the receiving corps which is sorely needed given Tavon Austin and Robert Woods being smaller targets.

Josh Reynolds is 6’3 and is a deep vertical threat who was also a triple jumper in high school giving him a 37 inch vertical leap. He possesses incredible hand eye coordination and is able to both break from coverage and leap over it. Reynolds also has great hands and doesn’t drop the ball very often. He isn’t afraid to play in the middle of the field and has a tremendous amount of toughness and competitiveness. Like Kupp he will be a tremendous asset down field and in the red zone.

The Rams also added depth at linebacker by adding Eastern Washington’s Samson Ebukam. Ebukam is a highly intelligent player who played basketball and threw javelin in high school. He has a vertical leap of 39 inches, is very explosive and is an absolute monster in run coverage. He does need to work on shedding blockers a lot sooner and while he’s fast he’s said to only have one gear.The other knock on him is he prefers to play with athleticism over technique at times. Still, Ebukam will provide depth and hopefully take over for veteran Connor Barwin in Wade Phillips’ 3-4 defense.

Round four was largely a success for the Rams as they add yet another weapon for Goff and give the linebacker corps a little more flexibility. They still need to address the offensive line with just three picks left and if they don’t add another defensive back they should consider depth on the defensive line.