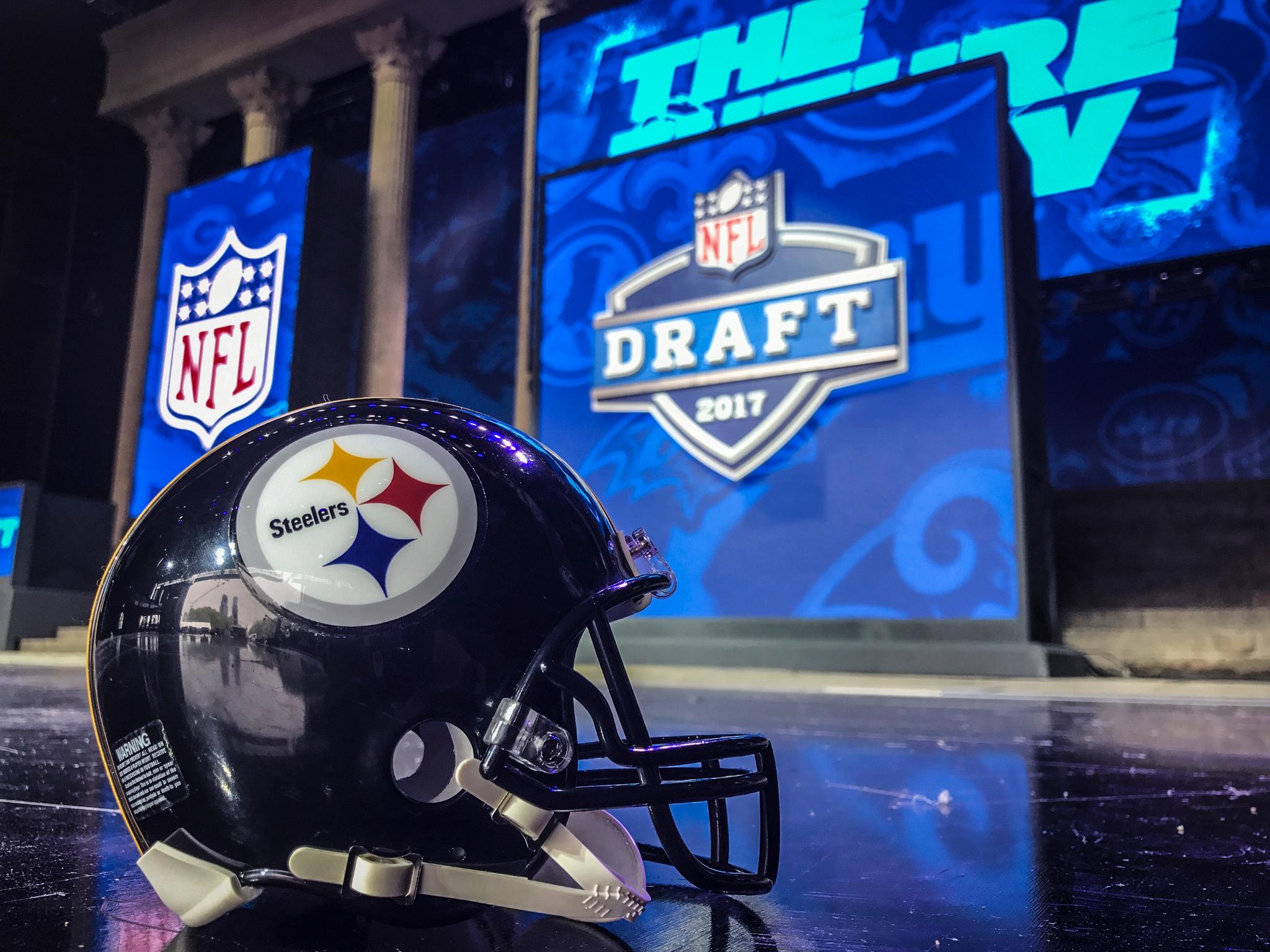 The Steelers had 3 picks in the second night of the NFL Draft with one pick in the second round and two in the third. In the second round, the Steelers took USC WR JuJu Smith-Schuster in a pick that surprised many. After that, the Steelers made bank with their two third round selections in Tennessee CB Cameron Sutton and Pitt RB James Conner. The Steelers have now addressed most of their primary needs heading into the draft and can look into development players on the third day of the draft. All four of their picks so far (including first rounder TJ Watt) should be able to make an immediate impact. The Steelers do have enough quality at the top of the roster that none of these guys will be asked to take over a starting role right away, but they are all in good situations to get quality playing time this season and potentially be future starters.

Much to the surprise of pretty much everyone, the Steelers used their second round pick on Southern Cal WR JuJu Smith-Schuster. He is a quality player but had very minimal connections to the Steelers throughout the draft process with the only reported meeting being at the NFL Combine. That said, Schuster plays with an attitude and is an above-average athlete. He has great hands and can snatch the ball away from his body. He aggressively attacks the ball in the air and has no fear of going across the middle. Basically, just watch this highlight of him calling out a DB then tossing him aside like a rag doll.

The #Steelers get a tough receiver and solid #RAS player in JuJu Smith-Schuster. Around average numbers all around. #NFLDraft pic.twitter.com/Sh4ZKGV1q5

I am struggling here folks. #Steelers

JuJu once ran down the field, called out a CB to come get him, then threw the guy out of bounds. I fell in love on this day. https://t.co/3FqC3Mm8US

Look at it this way, Steelers' Nation. This sure beats taking Davis Webb.

JuJu said he only spoke to Steelers at combine. Didn't hear from them again until just before he was selected.

JuJu on Steelers: "The combine meeting is like speed dating, you get 15 minutes, and since then I haven't even spoken to them until today."

One of the most SoCal ways to celebrate being drafted to NFL. pic.twitter.com/biRzqpbjwk

Sutton was a 4-year starter at Tennessee who was considered by many a first round prospect heading into his senior season. Injuries derailed his senior campaign and dropped him down the draft board. He is not the biggest corner, but he was one of the smartest players in college football. He routinely was able to point out route tendencies and get the other players on the defense lined up to defend the play. Sutton also returned punts on occasion for the Vols. The Steelers brought him in for a pre-draft visit and despite Sutton playing as a Free Safety at the Senior Bowl, the Steelers see him as purely a corner. Sutton has the ability to play both inside in the slot and outside on the boundary. He will likely have the opportunity to play immediately in the slot and excels in man-to-man coverage in short areas.

The #Steelers drafted Cam Sutton in the 3rd round. His #RAS isn't great, but his COD is awesome. #NFLDraft pic.twitter.com/Y6mlU2gufC

Love this pick. Steelers get a versatile DB – can play outside & nickel https://t.co/a3rrHuL1iv

Welcome to Pittsburgh Cam Sutton. You could totally suck dog turds but you're a corner so Steelers fans on Twitter are excited

Needless to say I am beyond thrilled that Cam Sutton is coming to Pittsburgh. Tremendous player with tons of upside. Injury dropped stock.

Steelers quietly having a great draft.

Cam Sutton to Pittsburgh. Called this one back at the Senior Bowl. Given who is available, I LOVE this pick. Ball skills and smooth feet

Lake said he sees Sutton as a "true corner," or nickelback, adds safety "would be a stretch."

Carnell Lake said they're drawn towards DBs that are a big part of the communication on defense in college.

Oh. Hell. Yes. Everyone in Pittsburgh knows Conner’s story. He starred at Erie McDowell High School (which was part of the WPIAL through his junior season) then came to Pitt and transitioned from DE to RB. Conner is a big physical back that is the perfect complement to Le’Veon Bell. He was dominant at Pitt then beat Hogkin’s Lymphoma and came back to football last season. Conner is a great story, but he is also a stand-up person and a great addition to the Steelers backfield. They now have a physical bruising back to complement Le’Veon Bell’s shifty style. There is a lot to be excited about here.

If the #Steelers take James Conner here, Pittsburgh might explode. I know the media room will

Just adds to his great story that James Conner will play for the Steelers. Congrats @JamesConner_!!!

Let’s be clear, James Connor is NOT a sentimental pick. He was the RB they wanted at this spot. #Steelers

Conner to the #Steelers is too perfect

Hank Poteat was the last Pitt player selected by the Steelers in the draft. Was selected in 2000. #Steelers

James Conner is a Pittsburgh Steeler

Heck yea! I think I found my day one! Welcome, come across to the other side! @JamesConner_ pic.twitter.com/BBNefKpQNx

Was just saying this is the spot I wanted to Steelers to draft James Conner. Chills

James Conner stays in Pittsburgh, lands with the #Steelers in the 3rd round. Awesome, awesome landing spot, for so many reasons.

Steeler RB coach James Saxon:"What (Mike Tomlin) looks for is a guy with the character to come in and be a Steeler.(James Conner) fits that"

Steelers getting a lot of high character guys. Watt, Sutton, and Conner all have makeup of future team captains.

A lot of dreams came true today, but this one is our favorite.

TFW you're James Conner and you just got drafted by the Steelers pic.twitter.com/t6uP1fdfWr