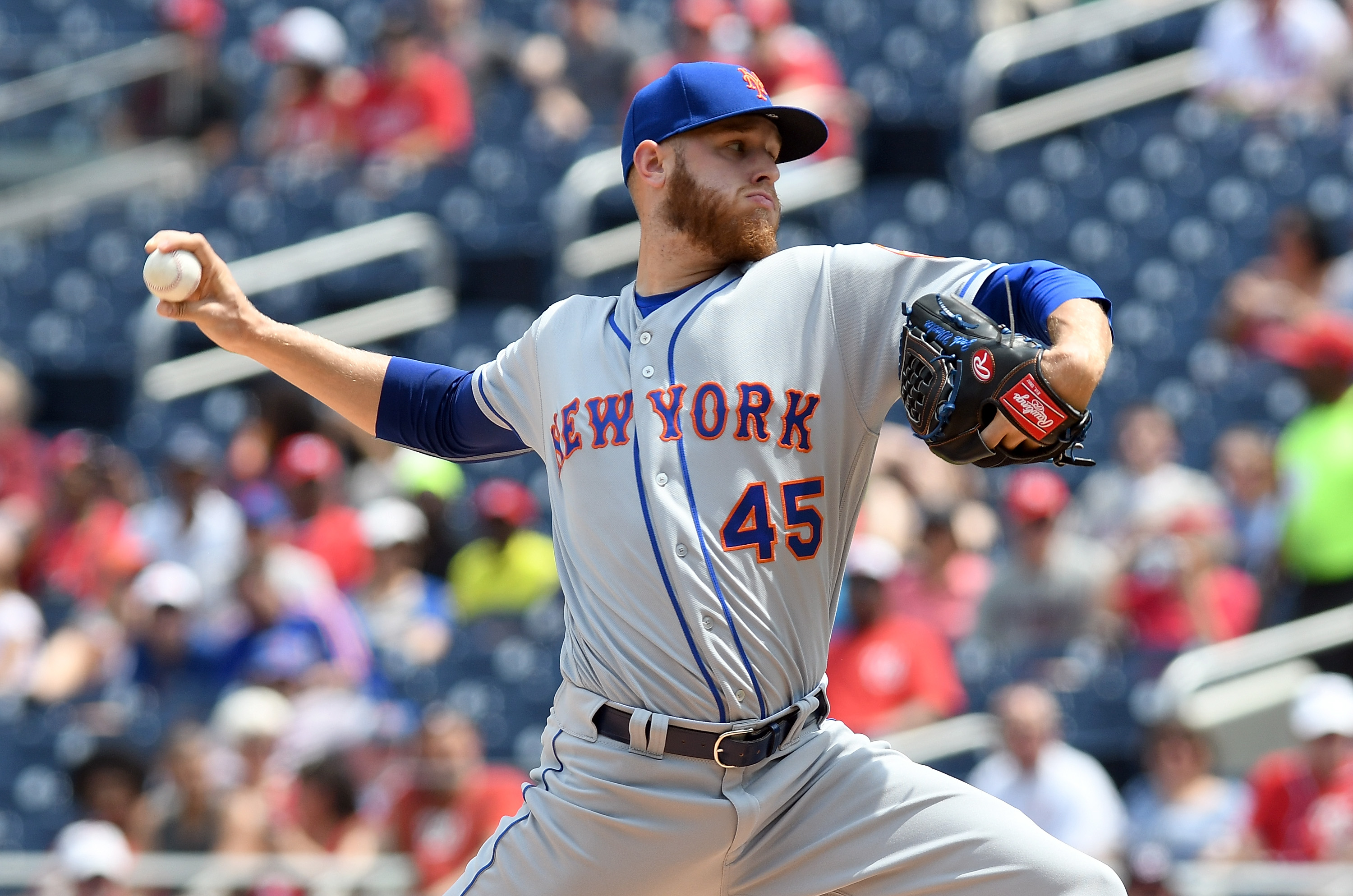 The Mets set themselves a big hole early in the season. They’re trying to climb out of hit the hard way: by sweeping the Nationals in Washington. Looking just at the pitching matchups, the Mets now have the two hardest steps out of the way, beating Max Scherzer and now Stephen Strasburg as they slugged their way to a 5-3 victory over the Nationals yesterday.

Now if you had said that Zack Wheeler went four and two thirds while Stephen Strasburg went seven, then told me that Addison Reed gave up another home run, I would say that a win over those circumstances would be a huge deal. The Mets did a great job pulling out a victory when the circumstances weren’t so easy. That said, Wheeler came up with some of the same struggles that have marked his time here. Four and two thirds innings, 96 pitches (54 strikes), and four walks. It’s frustrating because you see the flashes of what Wheeler was supposed to be and what he can be. Watch his strikeout of Bryce Harper in the third inning. Away, away, away, and then a fastball inside to get him looking. It’s there for Wheeler. He just has to improve his command and make it harder for hitters to wait him out and run deep counts.

Michael Conforto, on the other hand, is getting closer and closer to the top of the mountain. He hit two home runs today. The first home run was impressive because it was off Strasburg. The second one off Enny Romero might have been more impressive. It was his first hit off of a lefty this season, and it was the first home run off a lefty in his regular season career. It wasn’t a fluke.

Notice where Jose Lobaton was set up. Now look at this:

Lobaton barely moved the glove. Fastball, outer half, right where Lobaton wanted it. Conforto drove it out of the yard. He has done so much good work this season so far, but this is the home run that gets me excited for the future and for this April being sustainable through the entire season. Now if Hansel Robles can keep up his good work from Saturday, and Addison Reed can be fixed, the Mets actually might be in business.