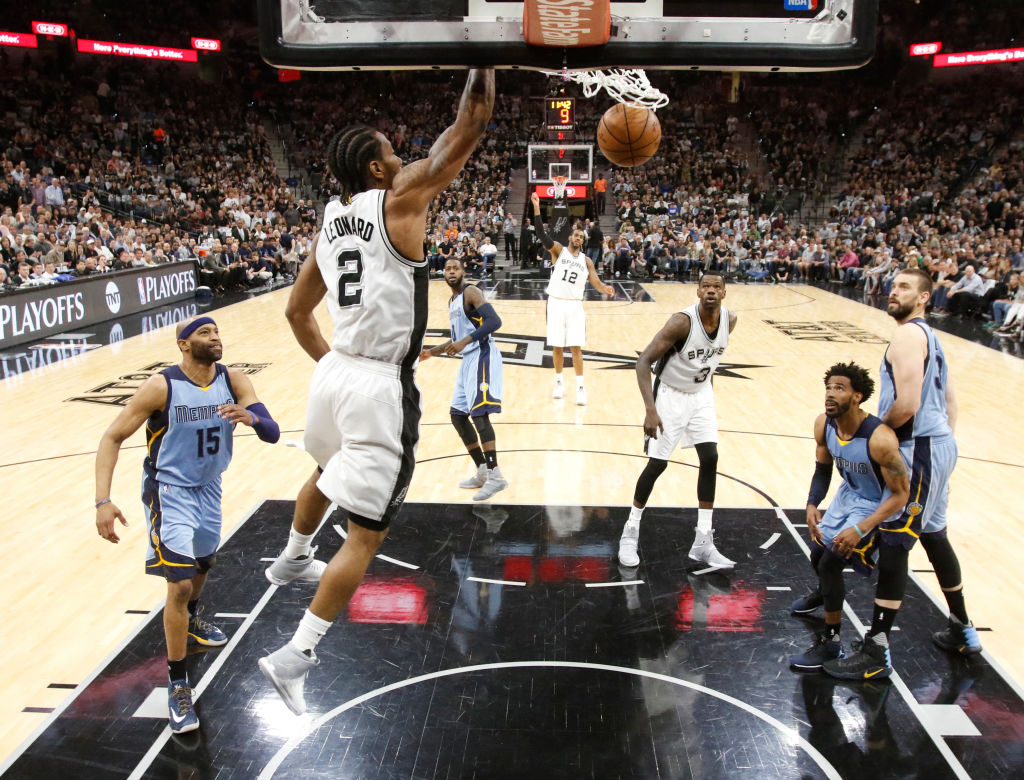 Kawhi Leonard led the San Antonio Spurs to the second round of the playoffs with a stellar performance in Game 6 in Memphis. He put up 29 points, nine rebounds, four assists and three steals, and he took the game over down the stretch to seal the victory.

Yeah sorry not sorry this is my MVPhttps://t.co/Ed3ZaM9SOL

The Spurs outscored the Grizzlies by 13 in the final seven minutes of the game as Kawhi scored 10 points and assisted on another three buckets. When winning time came around, it seemed like Kawhi shifted into maximum overdrive.

Let's see if Kawhi can will his team to victory tonightpic.twitter.com/vbyGY7lpZz

In the game-deciding stretch, Leonard used a very high 41.6% of his team’s possessions while managing an extremely efficient true shooting percentage of 79.1%. That combination of volume and efficiency proved fatal for Memphis.

The advanced metrics also reveal that the game-winning stretch we’re looking at moved at a glacial pace. The game typically slows down in the playoffs as star players go to work in half-court sets, and possessions are incredibly valuable.

The most important part of Leonard’s performance was the team result. He carried the Spurs from losing by six and staring at a win-or-go-home Game 7 to winning the game and series by a comfortable margin.

To summarize; Leonard took complete control of the game when it mattered most and got his team the win. He did what superstars do, which is what he did all series and what he has done all year for that matter.

Kawhi’s fourth quarter numbers for the playoffs so far show that Thursday night was not an anomaly. He averaged 9.2 points in the final period, the fourth most in the playoffs behind just Chris Paul, Russell Westbrook, and James Harden, all players with higher usage rates who played at faster paces.

Leonard has averaged 71 points per 100 possessions in playoff fourth quarters, with Paul and Harden in the low 60’s and Westbrook below 50. Leonard’s net rating of +58.7 is the highest by anyone who averaged more than 5 minutes in the fourth quarter these playoffs, and his true shooting percentage of 84.3% is higher than those three aforementioned All-Stars.

50/40/90 (FG/3PT/FT) is an elite benchmark for shooting percentages, and Leonard is absolutely shattering that through the first stage of the playoffs. His overall marks are 55/48/97, as he has simply refused to miss. In the fourth quarter, those numbers shoot up to 68/80/100.

The scariest part for opponents is that Leonard turns up his ability to dominate a game at will. He lets teammates get involved in the early stages of games, then cranks up his own level of play down the stretch. Some players will get into a rhythm as a game progresses, but Leonard can get buckets whenever he wants to.

When winning time comes, Kawhi channels his inner Kobe Bryant. The comparison has been tossed around all year, and statistically speaking it’s an accurate one. Leonard was instructed to watch tape of Kobe and Michael Jordan, and it shows in the myriad of ways he scores.

You usually see flashes of it when Leonard hits a contested baseline fadeaway, or floats in a tough post shot after that signature footwork. When he strings a bunch of those plays together like he does regularly in the fourth quarter, it’s easier to see that he’s the closest thing to Kobe in today’s game. He’s taking that mamba mentality to the next level in the playoffs, and carrying his team while he does it.

Kawhi is next in the lineage of Jordan and Kobe, and his coach has told the 25-year-old star as much. Gregg Popovich expects Leonard to come out and compete at the highest level like those legends of the game, demanding the best from the future of his franchise. Pop called Leonard “the best player in the league right now” after Game 6, a rare move for a coach who normally stays out of those types of discussions.

LOUDER FOR THE PEOPLE IN THE BACKpic.twitter.com/glkjOGuEZM 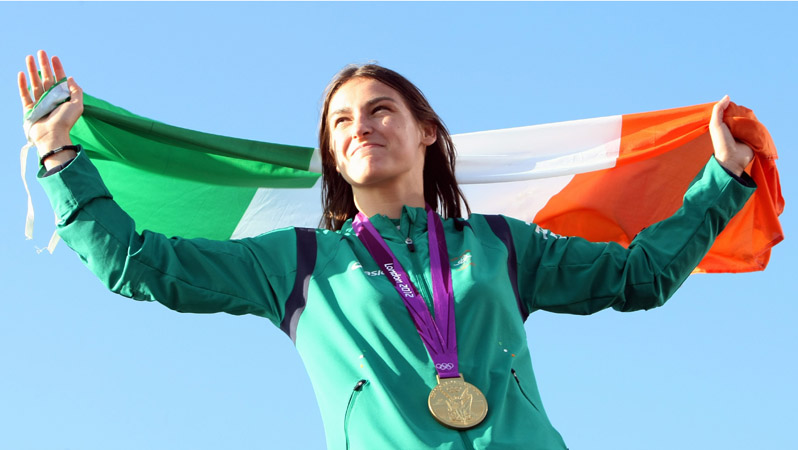 Welcome back to Around the Combat World, where fighters that you know or should know competed away from your television set over the weekend....