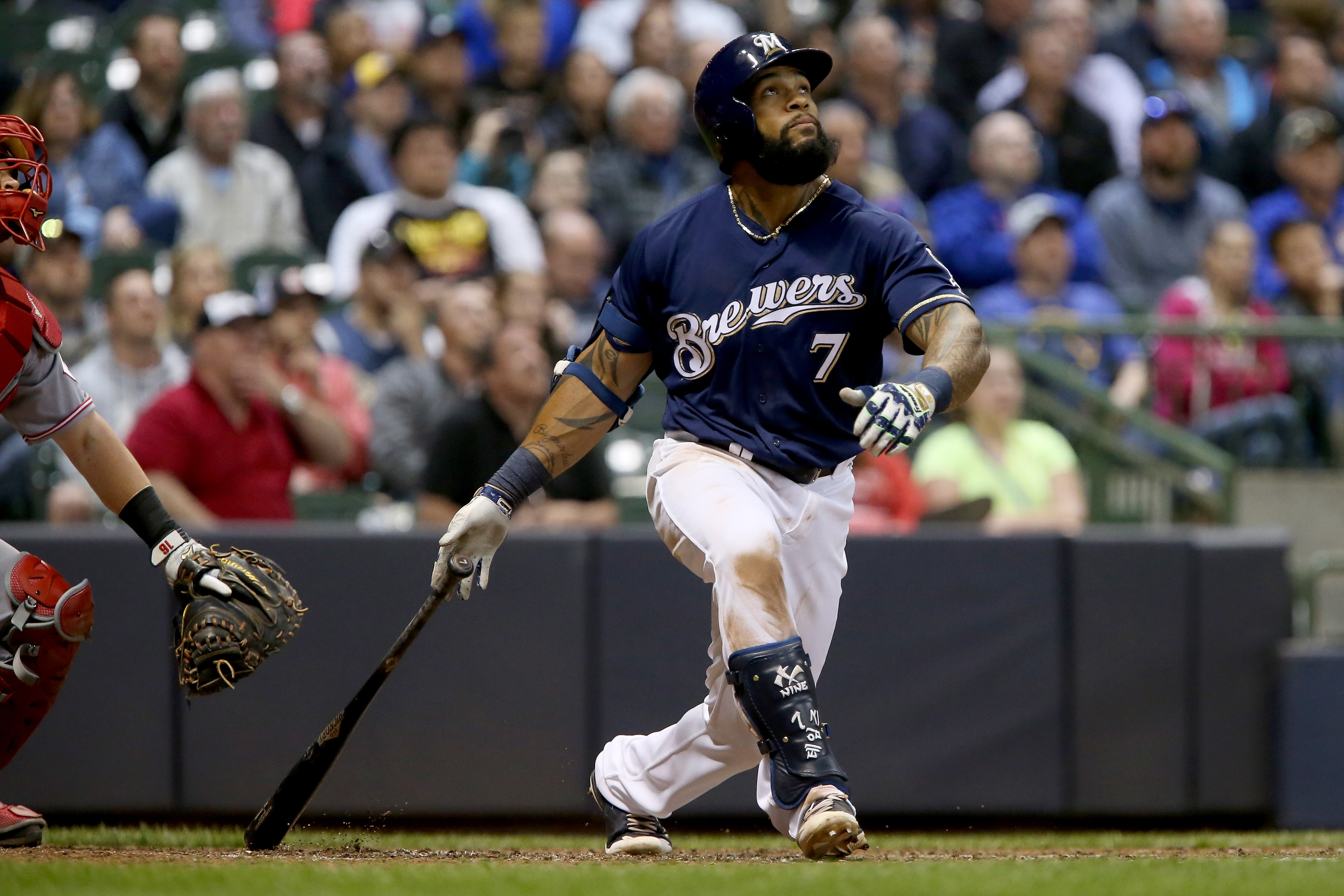 There are still five months left in the 2017 MLB regular season, so there is plenty left to be decided. When we look back on this year by the time September rolls around, we may not even remember how certain players or teams played over the first few weeks.

That doesn’t mean someone doesn’t want to see their name on this particular list, though. Right?

Every ballplayer is well aware of the ups and downs that come with the game of baseball — that’s just the way it is. The best thing anyone can do is to minimize the valleys and maximize the peaks in production as much as possible throughout any given year. However, it does make things a lot easier when they can get their respective seasons off to a fast start.

But who has been the best at doing just that? Now that May is officially upon us, we’re going to highlight 10 players overall — five hitters and five starting pitchers — that have just experienced a dominant month of April.

The average wRC+ is 100, which makes what the following five players have done incredibly impressive.

Three of these names look familiar, but two of them are certainly a surprise.

Ryan Zimmerman basically came out of nowhere to become April’s best hitte, and of all the categories listed above, the only one he doesn’t rank first (or at least a share of first) is fWAR. That number is still quite impressive, though — from 2014-16, Zimmerman accounted for an fWAR of just 0.5. So, he’s been more productive over the last month than he has in the last three full seasons.

Meanwhile, this is just a continuation of last year for Freddie Freeman. He’s actually been successful by getting more aggressive at the plate, and mostly on pitches inside the strike zone. After having a swing rate below 50.0% in both 2014 and 2015, it’s been above 52.0% since the start of last year.

Having a huge April is nothing new for Bryce Harper, but this was actually his best start to a season ever. He entered May with an extremely healthy .509 on-base percentage, partially because his walk rate (19.3%) was higher than his strikeout rate (17.5%).

Is there any kind of list about top performances that Mike Trout isn’t on? With all the headlines other players grabbed, his April performance actually flew under the radar somehow. Trout took balls to the opposite field 32.5% of the time, which would be a new single-season career high if that number holds for the remainder of this year.

Eric Thames is easily the biggest surprise, and mostly because at this point last year, a significant chunk of baseball fans had no idea he was even still playing professional baseball. His 1.8 fWAR from this past month was better than eight different ball clubs. Whenever a starting pitcher takes the hill, we see the same kind of traditional statistics being thrown around — win-loss record, ERA, WHIP, strikeouts per nine innings and walks allowed per nine innings. To truly evaluate who actually pitched the best over the past month, we’ll instead use an advanced ERA estimator called Skill-Interactive ERA (SIERA).

With rotation depth being an issue as the season started, it’s a good thing Chris Sale has been as advertised with the Boston Red Sox, right? His 12.42 strikeouts per nine innings was third-highest among qualified hurlers, and it’d also be a single-season career high if he can keep it up.

It took Luis Severino 71 innings (22 appearances, 11 starts) last season to accumulate a 0.6 fWAR, which is a number he’s already surpassed in just 27 innings this year.

Noah Syndergaard was off to a great start, which was highlighted by his 10.54 strikeouts per nine and 0.66 walks allowed per nine. However, his 57.7% ground-ball rate was up over six percentage points from last year and ranked fifth best in baseball. But now, we’ll just have to wait for him to heal from a partially torn lat muscle.

Michael Pineda has been frustrating over the years, but his start has been awfully encouraging. He’s actually throwing his mid-90s fastball less than 50.0% of the time, which would be a first in his young career if it continues over the next five months.

We can safely put Jason Vargas in the “How the hell did he end up here?!” section of this list. The southpaw’s career strikeout-to-walk ratio is 2.32, yet it was a very healthy — and most likely unsustainable — 14.00 in the month of April.

Which of these performances was the most impressive for you? Who has the best shot at keeping things moving in the right direction now that the calendar has flipped to May?