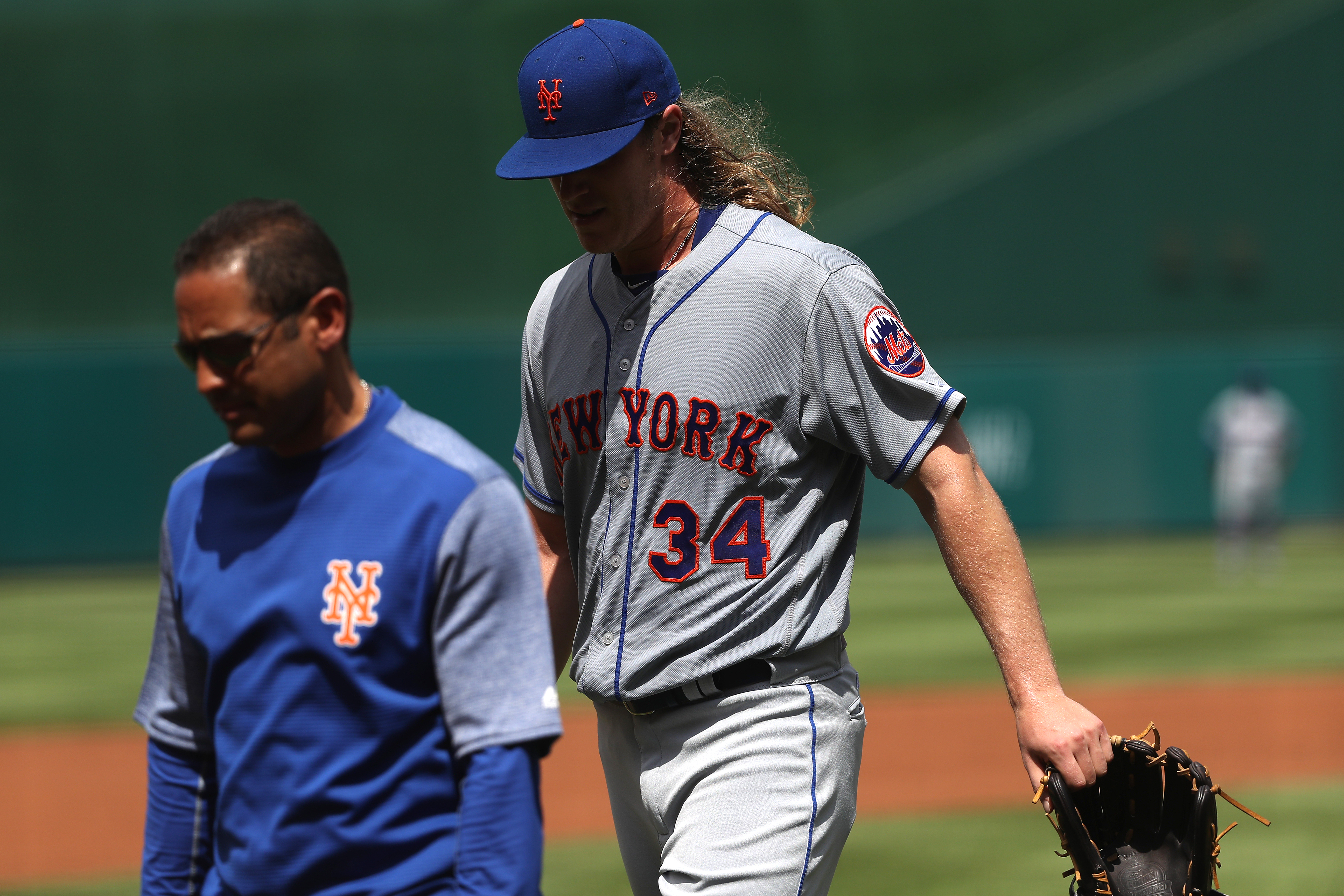 Look, in 1985 the Mets lost 26-7 to the Phillies. Von Hayes hit two home runs in the first inning and the Mets were down 16-0 after two innings. And that team won 98 games. (Doug Sisk pitched in that game and didn’t give up any runs, if you want to know just how messed up that game was.) So you want to break down how 23-5 is a big giant ink spot on the season? Fine. But if anything, 23-5 will be nothing more than an inspirational t-shirt to wear in the clubhouse.

Now losing Noah Syndergaard in the second inning? That’s gonna mean something. 23-5 isn’t just a football score (actually, did you know that 23-5 has never been the final score of an NFL game?) but it’ll also be a reminder of Syndergaard grabbing his armpit minus the Mary Katherine Gallagher impression. He was immediately pulled amidst the matter-of-fact tone from the broadcast booth as if they knew that this was coming. Syndergaard pumped 100 mph fastball after 100 mph fastball without going to his changeup. Then he throws the changeup to Bryce Harper that took him out of the game. It’s as if Syndergaard knew too.

Of course, that’s not what was public to us, as just days earlier Syndergaard refused an MRI on his biceps, which I never even knew was an option, that’s how few times that’s actually happened that we knew about. Was it the act of a young man feeling invincible? Or was it the act of an old man who doesn’t go to doctors because he’s afraid of what they’ll find? Maybe a little of both. He plays for the Mets, after all. I’d be scared to know that this team’s doctors ever found in me. I can’t blame him there.

“It would be easy to dismiss this as this is just how baseball goes,” Alderson said. “But you do have to sort through the injuries and think about the kinds of things you’re doing preventively to make sure they’re minimized.”

I’ll believe that when I see it. Yeah, we’re going to sort through and re-evaluate our measures. They’ll do it, and then all they’ll do is put up a damn sign. Remember … Prevention and Recovery?

When Mets players walked into the major-league clubhouse here for the first time Thursday, there were large signs posted in the clubhouse that read: “Prevention and recovery.”

It is more than just a hopeful slogan.

NO IT’S NOT!!! THAT WAS FROM 2010!!! SEVEN YEARS AND EVERYBODY IS STILL INJURED, RAY RAMIREZ STILL HAS A JOB, AND JASON BAY STILL SEES LITTLE GREEN SLOTHS CIRCLING HIS HEAD SINGING FRERE JACQUES, THE SONG THAT ENDS IN DING DANG DONG!!!

But Terry and I digress. The Mets took two out of three from the Nationals. Robert Gsellman goes today. And I’m sure that Noah’s MRI is going to turn out juuuuuuust fine. Excelsior!