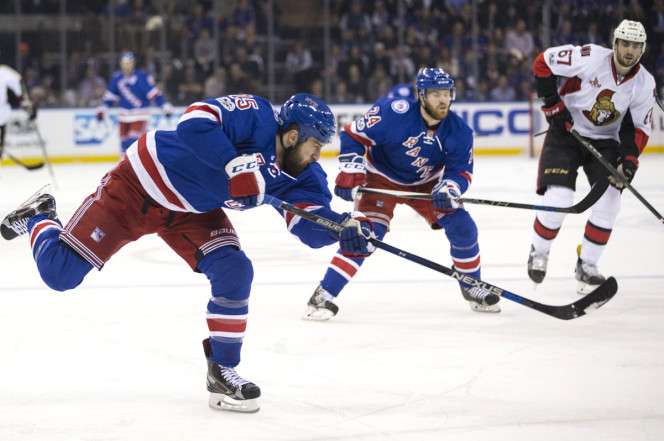 The New York Rangers defeated the Ottawa Senators by the score of 4-1 in Game 3 of their Eastern Conference Semi-Final match-up. Ottawa leads the series 2-1. For a box score, click here.

2nd Star – Physicality (When this team is physical, they’re usually on their game)

3rd Star – Resiliency (It’s not easy bouncing back from a loss as devastating as Game 2. Full credit for being able to put that game behind them.) Not sure the Rangers could have played a more perfect game, so let’s celebrate with a Perfect Martini.

When the season is on the line, a player must be willing to put it all out there. And that’s exactly what the Rangers did last night as they sacrificed their bodies all night long. Whether it was a big hit or a blocked shot, the Blueshirts set the tone physically from the drop of the puck.

Why do Rangers fans love Zuccarello? Because he’s just as likely to score a goal…

…as he is to bang some bodies with his small frame…

Not having Zuccarello in the 2015 playoffs is the easily the biggest reason that team didn’t make a return trip to the Stanley Cup Final. He can not only make a play on his own, but he makes everyone around him better. Just ask Zibanejad.

All the Right Moves

After what was arguably his worst game as the head coach of the New York Rangers in Game 2, unlike Ampipe Head Coach Nickerson, Alain Vigneault made all the right moves last night. The first, and more controversial, decision was the re-introduction of Tanner Glass into the line-up. While Pavel Buchnevich offers more skill, Glass plays a straight forward game which is so effective in the postseason. I don’t think it’s a stretch to say the four games Glass has played this postseason are the four best of his Rangers career. Including his role on the Oscar Lindberg goal. Not only does he sellout to chip the puck out of the Rangers zone and onto the stick of JT Miller, he then knocks Dion Phaneuf to the ice while making a beeline to Ottawa’s net opening up a huge lane which Miller took advantage of before feeding it to the wide open Lindberg.

Next, and more importantly, Vigneault finally deployed his defense effectively. After watching the much maligned pairing of Staal/Holden get overwhelmed by tough assignments, while the more effective duo of Skjei/Smith were stapled to the bench, AV flipped the script as he assigned ice time based on merit not familiarity.

Staal/Holden are a perfectly adequate third pairing, it’s when AV begins to rely on them to carry the load that they get into trouble.

Now that’s how you start a playoff game!!!! The Rangers came out like a bunch of crazed dogs. Ottawa was absolutely devastated right off the bat and couldn’t recover.

Through the first two games, the Rangers had been effective against the Senators trap, but in Game 3 they rendered it useless. Between the Rangers deft passing and willingness to get the puck deep, Ottawa had no answers.

“Big Game Zib” has a nice ring to it. Zibanejad now leads the Rangers in playoff points with seven (1g, 6a).

I had a good feeling about Rick Nash going into the postseason and, for once, he’s not disappointing.

And we thought Lundqvist was awful handling the puck…

One thing to take note of going forward is that Ottawa is pretty nicked up. Karlsson is not even close to 100% as he’s been laboring on his injured foot. MacArthur, who’s been dealing with concussion issues, was knocked out of Game 2, while both Zack Smith and Bobby Ryan left Game 3 with injuries. One of the Rangers big advantages going into this series is their depth, so if half the Senators team is going to be in the infirmary or banged up, AV needs to continue rolling four lines to put these ailing players in precarious positions.

If the Rangers can take Game 4, I’m not sure the Senators will be able to rebound. 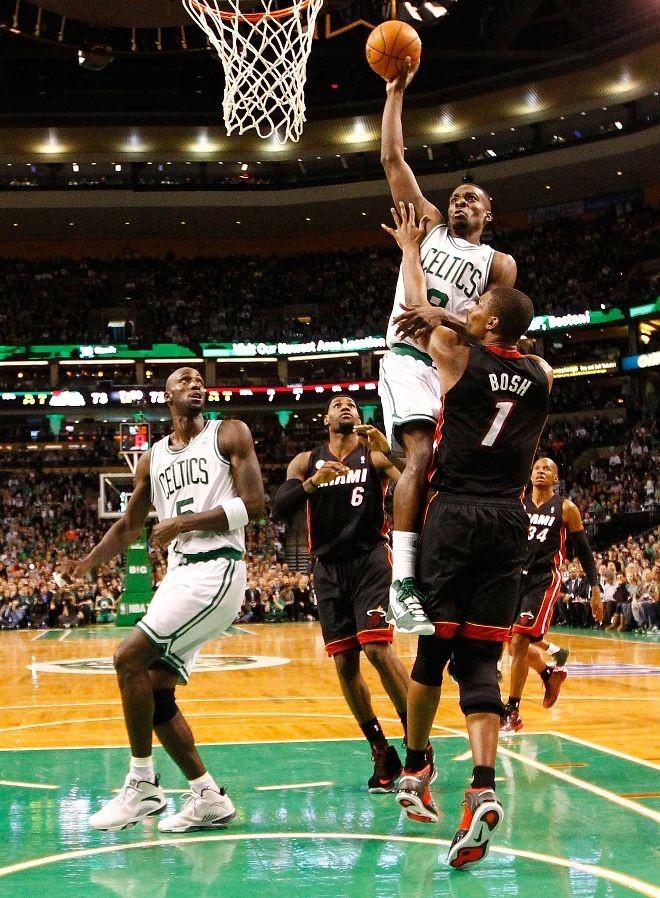 Time to Take a Stranglehold: Oilers vs Ducks Game 4

After a no good, very bad loss on Sunday in Edmonton, the Oilers look to go up 3-1 and put a stranglehold on the series...