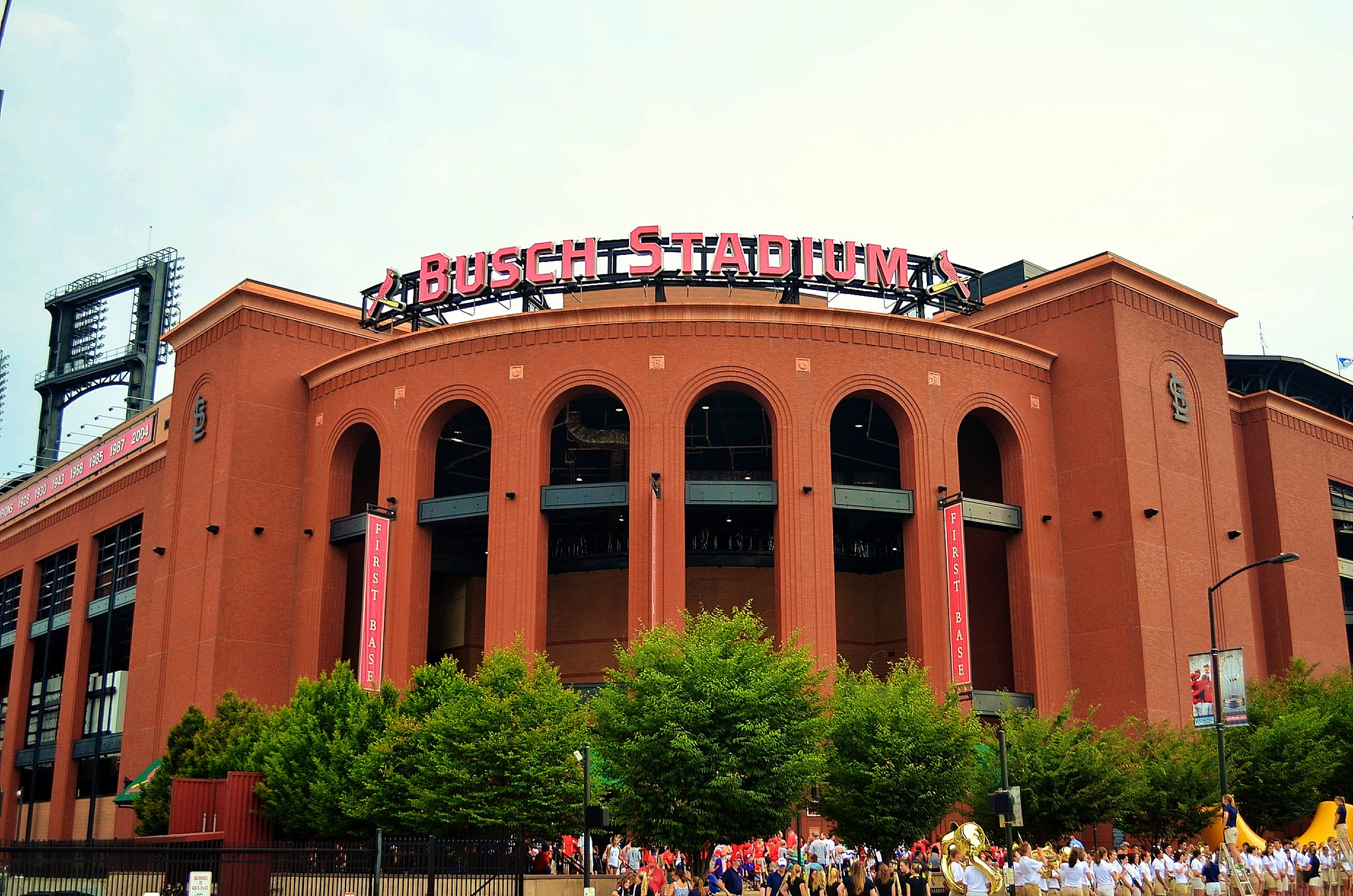 A woman was struck by a stray bullet during the Cardinals v Brewers game on Tuesday night.

St. Louis police said the 34-year-old woman was sitting in her seat when she felt pain to her arm, removed her jacket and noticed a small abrasion to her elbow. She went to the first aid station, and workers there contacted an off-duty police officer working a secondary security job there, police said.

Police found a bullet slug “in the immediate area around the victim’s seat,” according to police. They said it appears the bullet came from outside the stadium.

Minutes before the incident at Busch, shots were reportedly fired at the intersection of 14th and Chouteau which is about a 0.9 mile drive (a little less in a straight line) from the stadium :

We are aware of an incident last night in which a fan reported being struck by a stray bullet that presumably originated from outside of the stadium. The fan was treated for an abrasion and a bruise on her arm at First Aid and released. She was interviewed by police who are investigating the matter. There is nothing more important than the safety of our fans, and the Cardinals are grateful that no one was seriously injured. We will be sharing more information with the media as further details emerge.

Luckily the victim had minimal injuries. I think we all wish her well as she’s probably a bit more shaken up than injured.

There will be a strong reaction to this story. You have a friend or family member that lives in the county that will say something along the lines of ‘STL is so dangerous, you can’t even go to a baseball game without being shot’.

They will help perpetuate the myth that downtown St. Louis is a Mad Max: Fury Road-ish dystopia that not only isn’t worth reviving, but not even worth the attempt.

So I went back to take a look at violence around Busch Stadium over the past few years. And here are all the incidents that I could immediately find:

There may be more that you’re aware of. But I could only find four violent events in the general vicinity of Busch Stadium over the past 3 years. Two of those events occurred when there was no baseball game or event being held at the venue.

I don’t want to trivialize any of these awful events. They all suck. Hard.

A woman got shot while sitting inside a downtown stadium watching baseball last night. And that is terrible for the fan, the team, the city and the region.

And if you want downtown to improve, I’d ask that you don’t run with the headline here and get lazy. Don’t accept it when your friend or family member takes that jab about downtown STL being a wasteland of violence.

Instead, note the facts:

I just have a feeling that story is going to take on a life of its own as some sort of shorthand that’s neither all that true (violence is way up/Busch Stadium isn’t safe) or all that productive. The area has had a rough enough week with the flooding to start worrying about getting hurt emotionally AND physically at Busch Stadium.

There are good people downtown helping to keep you safe before, during and after ball games. The overwhelming odds are that you’ll be just fine if you go.